Welcome to our series, Iconic Canadian Food! You may know which classic Canadian dishes you like, but do you know the stories behind them? Gabby Peyton shares the back stories of  a smorgasbord of iconic Canadian dishes.  This month Gabby explores the history of the Beaver Tail, one of Canada’s most emblematic foods (through its connection to our national animal) . 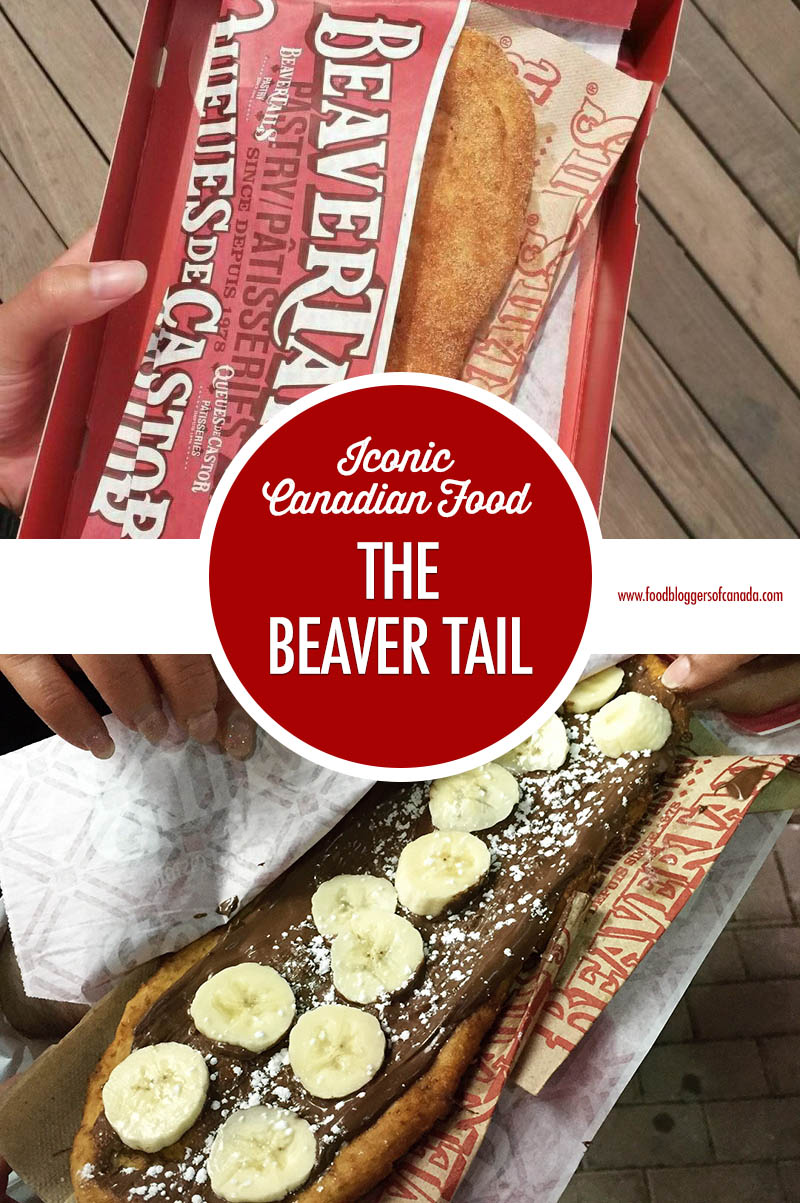 Ah, the mighty beaver. Canada’s national animal, found on the flipside of the 5-cent coin and also a beloved pastry.

There aren’t many things that taste better after an outdoor skate than a Beaver Tail. Deep fried to perfection in hot oil — crispy on the outside and soft on the inside — then covered in cinnamon sugar. This Canuck crowd-pleaser has become an emblem of Canadiana, as synonymous with the country as poutine or the butter tart, but its connection to the national symbol sets it apart, somehow.

Are Beaver Tails the most Canadian treat of them all? Well, you know you’ve hit it big when Obama drops by during his first official presidential visit to Ottawa in 2009, you’re a question in Trivial Pursuit (which was invented in Halifax, in case you were wondering) and on Jeopardy, and the term Beaver Tail can be found in the Canadian Oxford dictionary.

What is A Beaver Tail Pastry?

The Beaver Tail is a fried-dough pastry made with whole wheat flour and pulled by hand to resemble the long, flat tail of a beaver. It’s then topped with a myriad of delicious garnishes — anything from the classic cinnamon and sugar to whipped cream and Nutella are fair game.

The Short Tale of the Long Beaver Tail

In the late 1970s, Grant and Pam Hooker began selling the iconic Canadian dainty west of Ottawa at the Killaloe craft and community fair. Grant Hooker asserts the recipe they use is third generation, handed down to him by his German-Canadian grandmother. She called the deep-fried pastries she made for breakfast keekla, German for “little cake.” The Hookers used this very recipe for keekla, but it wasn’t until their daughter likened the long flat pastries to beaver tails that the name was coined and quickly trademarked.

But the roots of this tail also go back well before the Hookers’ ingenious daughter named the pastries. Before the arrival of European settlers, Indigenous peoples would cook beaver tails on an open flame in order to access the meat inside the thick tail skin. New arrivals were later inspired to cook their fried dough in the same manner.

Similar to bannock, another Iconic Canadian Food explored in this series, Beaver Tails don’t require rising. Early settlers referred to this type of bread as “baking day bread,” and there’s a similar version of it in the United States called Elephant Ears (though it has never reached the same fame as its Canuck cousin).

The flagship BeaverTails store opened in Ottawa’s favourite Byward Market in 1980, offering a variety of toppings to please hungry market goers. But when the Beaver Tail made its appearance along the Rideau Canal in the winter of 1981 it really became the iconic dish it is today. The donut-bannock hybrid has become associated with a good skate along the canal, another iconic Canadian landmark, with the convenience of a counter right on the canal. The 20,000 daily skaters sporting mittens and toques, which are almost as Canadian as Beaver Tails themselves, have been devouring them by the million ever since. There’s always a lineup.

In the early 2000s, long-time employee Pino Di Loia took over the business with his wife Tina and brother Anthony and began a larger expansion of the brand across the country and the world. Today there are more than one hundred places to enjoy a Beaver Tail across Canada, from the Loop skating rink in St. John’s, Newfoundland to the top of Grouse Mountain in British Columbia.

There are also outlets in Japan, South Korea and the United Arab Emirates. Regardless of where the franchise opens, their classic Canadiana decor, decked out with antlers on the wall and lots of red plaid, echoes the iconic sweet treat loved by Canadians all over.

SUBSCRIBE TO GET YOUR FREE SPICE BOX EBOOK
You are subscribing to the FBC Food Lovers Newsletter.
You can unsubscribe any time!
Click Me
399shares

Thank you for a great article. I just visited the Beaver Tail shop on Broughton Street in Victoria. While in England hiking on the Shropshire Hills an American foodie claimed that Sticky Toffee pudding was a Canadian recipe. Is this true?

I can’t say for sure but I associate Sticky Toffee Pudding with my English mum. It’s not an easy dessert to find in Canada but it’s a classic in the UK. Wikipedia claims it’s a British dessert: https://en.wikipedia.org/wiki/Sticky_toffee_pudding

Thank you for the quick response. The wikipedia has the following =E2=80=A6=
.. Her son later told Hopkinson that she had originally got the recipe =
from two Canadian air force officers who had lodged at her hotel during =
the Second World War.[6] =
According to Hopkinson, this Canadian origin makes sense, as the =
pudding uses a batter more akin to that of an American muffin, rather =
than an English sponge.[6] =

Thus, the claim that it is originally a Canadian recipe. Interesting!