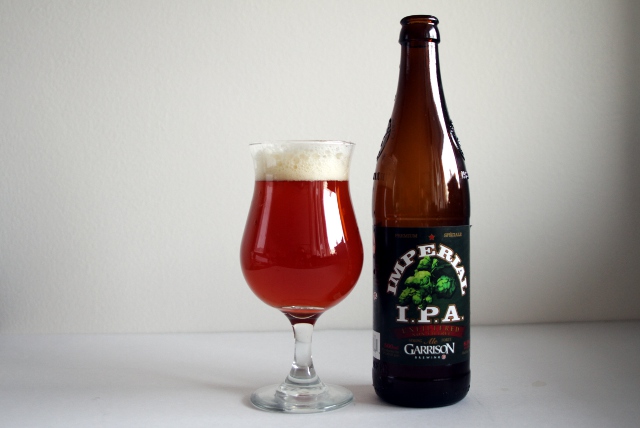 This is the first article in our new Canada's Craft Beer column on FBC.   We are kicking off with our Eastern Canada craft beer contributor, David Ort.  We will be adding a Western Canada contributor in the weeks to come and we hope to expand the column to include  Atlantic and Prairie voices as well!

Those with only a vague impression of craft beer probably think of it as a bitter, boozy version of regular beer. It’s not, but like many generalisations there is a kernel of truth there.

It happens that for the last few years the most popular style of craft beer – in North America, at least – has been India Pale Ales, or IPAs. For my first post in this space I want to deal with that central nugget of accuracy and build from there. So, I have two very different “IPA”s for us to look at today: Muskoka Brewery's Detour Session IPA and the Imperial IPA from Garrison Brewing.

First released to the public almost seven years ago, this multi-award-winning beer is the non-exception that proves the rule. That is, the “Imperial” (a term more properly reserved for stouts, but that’s a whole other story) is a popular shorthand for beers built on IPA recipe with a significantly increased (often double) amount of malt and hops. The result is more alcohol and also more bitterness.

This brew’s deep russet brown is topped with two fingers’ worth of fluffy, off-white head. The aroma has plenty of tangerine peel, grapefruit, and pine; the flavour comes to a crescendo of hop and resin bitterness. What happens in between is this beer’s most remarkable feature. From the extra malt it gets a huge dose of caramel and floral honey.

That balance is the key that makes this heavy hitter worth contemplating and savoring.

Because of its wide recognition and commercial popularity the IPA label has been stretched like the elastic on a lucky pair of underwear. So, instead of the traditional definition – an above-average strength ale, made from pale malt and plenty of finishing hops (like Muskoka’s own Mad Tom IPA) – it now just means “whoa, boy, will you ever notice the hops in me.”

In a beer tulip, Detour pours a light orange-gold with a white foam cap. The aroma has all the expected west coast notes of pink grapefruit, citrus zest, and a hint of mango. Clementine, a touch of earthy hops, and barely-there malt sweetness lead into a crisp, medium-bitter finish.

I like Detour a lot and also the idea of a pale ale that balances the British template of session beers (brews made for two or three consecutive pints) with the vibrant smack of American hops. It seems that Mid-Atlantic pale ale would be a more accurate name for them than session IPA.

The real joy and purpose of craft beer is to put the fretting over labels and names aside and enjoy what’s in your glass. These two opposing parentheses for the IPA style are excellent places to start that exploration.