In our series on Canadian Cheese, cheese lover Ashley Linkletter explores why now's the time to get excited about Canadian cheese. Traditional Swiss raclette may be the archetype of a cheese with impressive melting properties, but as Ashley tells us, Canadian cheese makers offer a wide variety of traditional and non-traditional raclette cheeses. Why not plan a raclette party and try some? 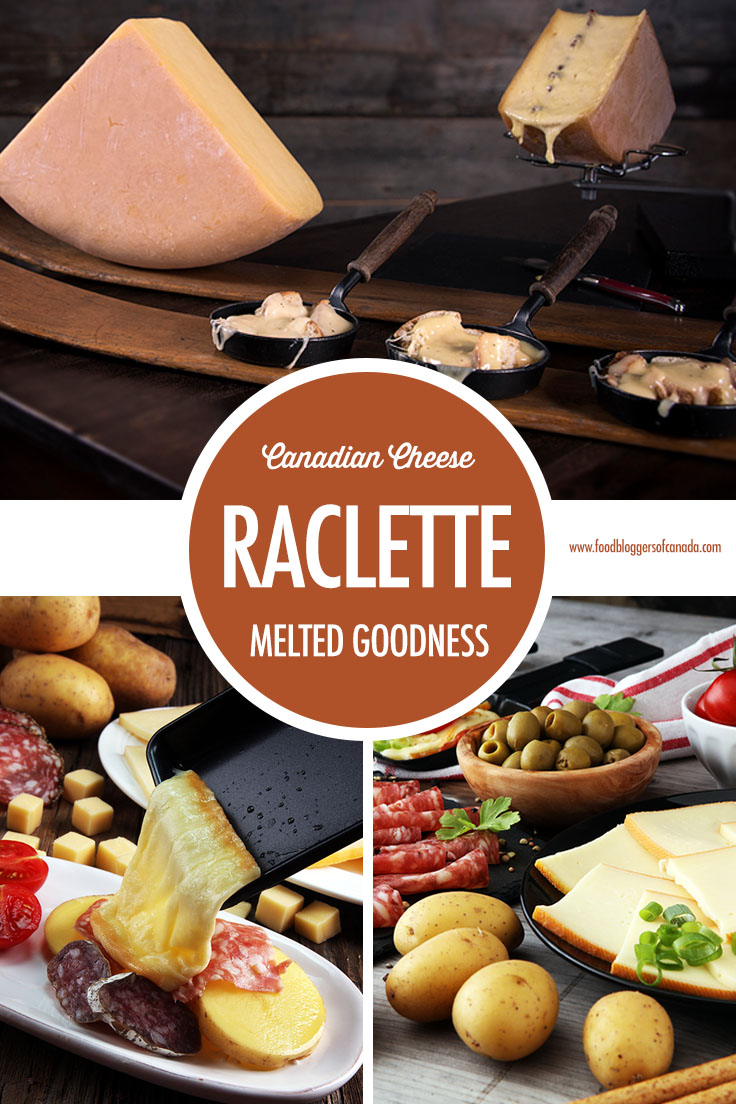 Traditionally made from unpasteurized cow’s milk, raclette is a washed-rind cheese that's beloved for its impressive melting properties. Raclette gets its name from the French verb “racler,” which means “to scrape” (as in, scrape all the melted cheese onto your plate).

Although historical documents show that raclette-type cheeses were consumed as early as 1291 CE in both Swiss and French Alpine regions, raclette is now officially recognized as a dish belonging to Switzerland (while still remaining very popular in France today).

Thanks to our cold winter season and love of the great outdoors (not to mention our own mountainous regions) Canadian cheesemakers are now making their own traditional and not-so-traditional versions of raclette.

Getting To Know Canadian Raclette

As with Swiss or French raclette cheese, Canadian raclette ranges from fairly mild to very strong. Don’t be deterred by any “cheesy” odours — raclette is a washed rind cheese and as a result is host to a plethora of bacteria growing on its outside. Rest assured, while the cheese might have a strong smell, its taste will be significantly milder.

Generally speaking, raclette cheese should be dry or faintly sticky to the touch; wet or overly sticky raclette is a sign the cheese is past its prime. The rind on raclette is 100 percent edible, just be sure to remove any paper labels that have been stuck to it.

A Compendium of Canadian Raclette

The following cheeses are subject to provincial availability.

Little Qualicum Cheeseworks Raclette (Parksville, BC) — Similar to Swiss raclette, this unpasteurized cow’s milk cheese is on the milder end of the spectrum while still having plenty of meaty, substantial flavour.

Kootenay Alpine Cheese Co. Nostrala (Creston, BC) — While not an actual type of raclette cheese, Nostrala is a mild unpasteurized cow’s milk cheese that melts well and doesn’t contain animal rennet (perfect for any vegetarian who still loves melted cheese).

Fromagerie Rang 9 Raclette Des Appalaches (Plessisville, QC) — A popular choice in cheese shops across Canada, this pasteurized cow’s milk raclette cheese is medium-strength and on the drier side (which means less of a cheesy smell).

Fromagerie Fritz Kaiser Goat Raclette (Noyan, QB) — Those who suffer from lactose issues will love this pasteurized goat’s milk take on raclette. Ultra-creamy with a pleasant nutty finish, this cheese is sure to become a new favourite. Fromagerie Fritz Kaiser makes a whole host of raclette cheeses such as Le Douanier (ash-ripened), Le Clos St-Ambroise and Raclette Griffon (beer-brushed), and flavoured raclettes (smoked, garlic, and pepper).

Fromagerie du Presbytère La Religieuse (Centre-du-Québec, QC) — Made from thermalized cow’s milk, La Religieuse or “the Nun” isn’t technically classified as a raclette cheese, but its full-flavour and notes of hazelnuts will win over any fan of stronger cheeses.

How Do You Melt Raclette?

You can melt raclette cheese the traditional way, or use non-traditional methods.

Historically, half-wheels of raclette have been melted in front of a large fire and the cheese is scraped off as it melts. You can now buy half- and quarter-wheel raclette burners that achieve this effect with electrical heat, which gives you more control over intensity and duration. These types of raclette burners are best for large groups of people as the amount of cheese needed to fill the burners is significant (in fact, if this method is appealing I'd recommend calling your local cheese shop to reserve the raclette in advance).

Another popular method is to use a raclette grill*, which can serve anywhere from 1 to 8 people (or more, if your guests are willing to share). This electronic appliance features a non-stick metal or marble grill top that's used to cook accompaniments and small grill pans that fit underneath. The sliced raclette is placed in the pans and melted from below thanks to residual heat from the grill. Once the cheese is melted the raclette is scraped onto your preferred accompaniments.

*A word of warning when using raclette grills: Don’t leave empty pans on the heat as this will warp the metal. Be mindful of allowing a marble grill to cool down completely before submerging in water in order to prevent it from cracking or shattering.

If you don’t have either piece of equipment, you can simply melt the raclette under the broiler, directly on top of the accompaniments. 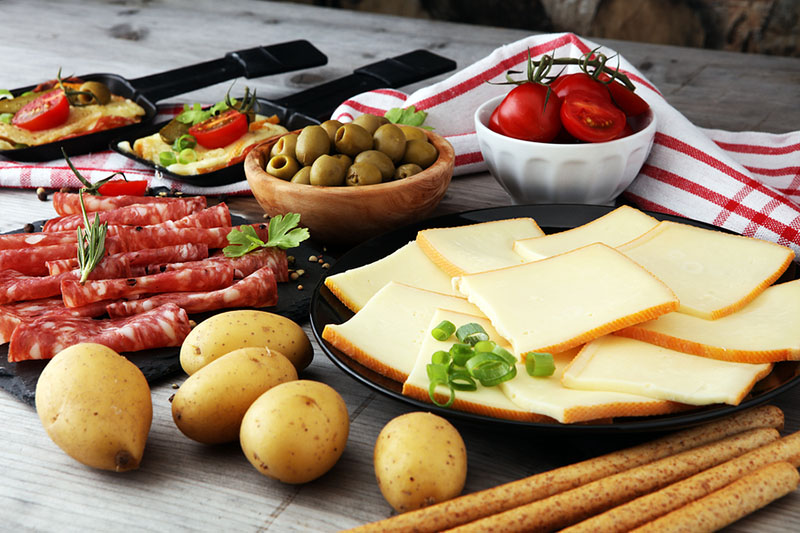 Now that you have all that melted cheese, you need to find something to scrape it onto! Convention calls for nothing more than boiled new potatoes, cornichons or pickles, and cocktail onions. However, if you’re planning on throwing restraint out the window (as I often do when planning a raclette party), the following options are delicious covered in melted raclette. 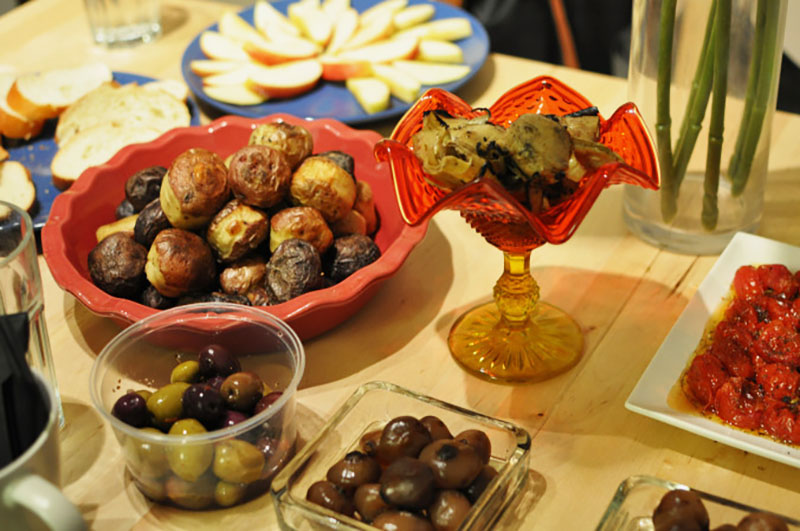 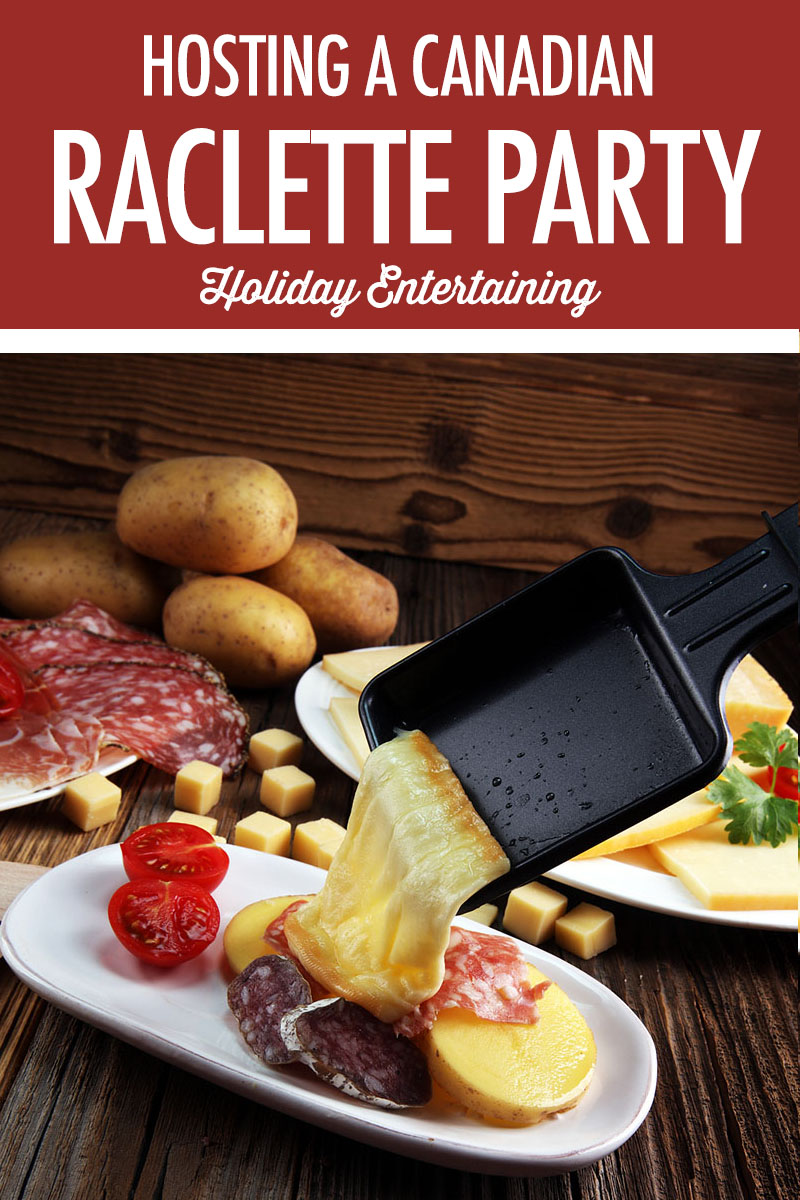