This post is part of our ongoing series, Canadian Wine — specifically, Canadian wineries and the remarkable wines they produce. Today, Meaghan Carey shares the story behind Lightfoot & Wolfville Vineyards, taking us to Nova Scotia's Annapolis Valley where the eighth generation of Lightfoots is continuing the family's long association with the land and establishing a reputation as mavericks in the Nova Scotia wine community. 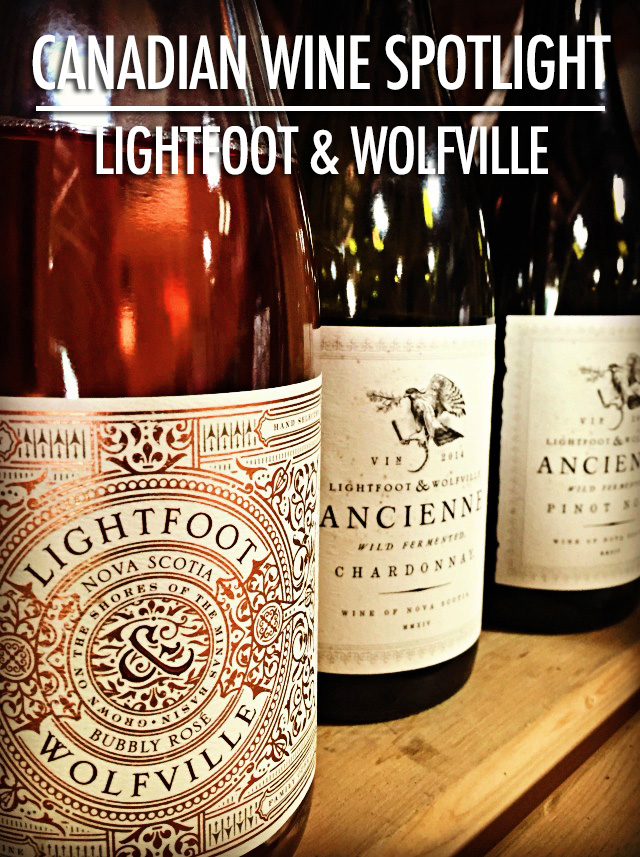 In the evolving and quickly expanding Nova Scotia wine industry, one of the region’s newest vineyards is changing the way anyone has ever thought about Nova Scotian wines. Lightfoot & Wolfville, with the most diverse portfolio of classic European vinifera in Atlantic Canada, has highlighted the true potential to produce exceptional, cool climate wines in Nova Scotia.

Lightfoot & Wolfville Vineyards is a family owned and operated winery in the Annapolis Valley region of Nova Scotia. The family vineyard is located on the edge of the Town of Wolfville and the land it’s situated on has been in the family for generations. Prior to planting vines on the family estate, the land — and the family — held a long history of farming fruit and vegetables, and most recently operating a poultry farm. Lightfoot & Wolfville’s assistant winemaker, Rachel Lightfoot, is the eighth generation to work the Annapolis Valley land.

Within the vineyard’s reclaimed barn, the thick wooden door that leads to the cellar is a nod to the prohibition era and the cider that was secretly made within. Connections to the historical past of the land and the Lightfoot family are present throughout the vineyard and are eloquently captured within the wine.

The winemaking journey began for the Lightfoots in the early 2000s when family patriarch, Michael, recognized the need to adapt in the changing, highly regulated agricultural industry. Wanting to create a legacy for family, Michael, along with his wife Jocelyn, decided it was the right time to say goodbye to poultry farming and embrace the new adventure of establishing Lightfoot & Wolfville Vineyards.

It takes a lot of chickens to make a little wine

The first vines were planted in 2007 across two locations, first on the main family estate on the edge of Wolfville and then in nearby Avonport. Both of the vineyards overlook Cape Blomidon and benefit from the Minas Basin's moderating impact on climate and good drainage. Today the Lightfoots farm over 35 acres of vines on their two sites.

When the Lightfoot family embarked on growing grapes they commissioned renowned Ontario wine consultant Peter Gamble, who helped develop the Benjamin Bridge winery in the Gaspereau Valley, to assess the winemaking potential of their property. In fact, during their first years as viticulturists the Lightfoots sold their grapes to Benjamin Bridge.

While most of the established wineries in Nova Scotia focus on hardy hybrid varieties, such as L’Acadie and Muscat, Gamble recognized the potential of the family’s farmland. They took a calculated risk to instead focus on planting classic vinifera (common grape vines native to the European and Mediterranean region) including Chardonnay, Pinot Noir, Rieslings and other German-styled white wines selected for the Nova Scotia climate.

RELATED:  The Exchange Brewery: Making Beer with a Wine-Country Accent

Finding a niche as mavericks in the Nova Scotia wine community, the Lightfoots took a second potential risk by committing themselves to be a certified organic winery and to use biodynamic agriculture practices in their vineyard.

Biodynamic Agriculture - Everything is Connected 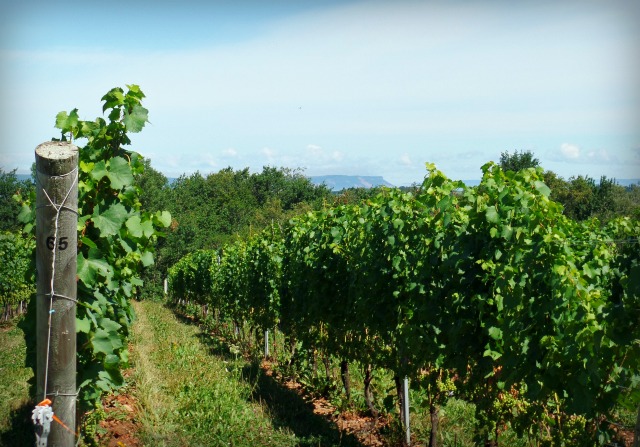 The concept behind biodynamics is that everything in the universe is connected. Biodynamic viticulture is the practice of balancing the connection between the vine, man, earth and stars. Simply put, biodynamics is a holistic view of agricultural practices.

Biodynamics occurs primarily in the vineyard before winemaking ever happens. All the various winemaking tasks, from planting to pruning and harvesting, are regulated by an astrological calendar.

In addition to the guiding biodynamic astrological calendar, no artificial chemicals, such as pesticides and commercial yeast, are used in the growing of grapes or in the production of wine. Instead, wine growers use herbal and mineral additives in compost and field sprays to bolster their vineyards.

Given the family’s long-term connection with the soil of Nova Scotia’s Annapolis Valley, it’s not surprising that they choose to respect the land and establish themselves as a biodynamic winery. 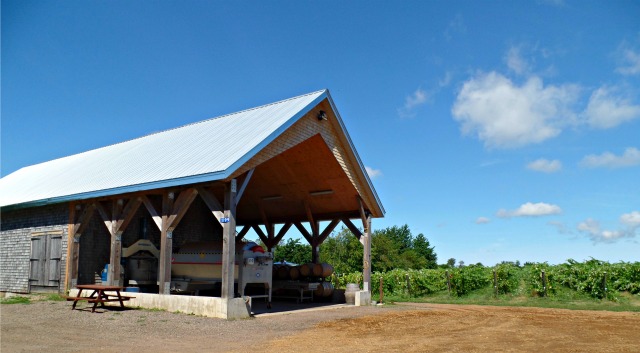 The winery has placed its focus on Pinot Noir and Chardonnay, producing classic Burgundian-style wines. Vinification is according to traditional Burgundian winemaking techniques with indigenous (wild yeast) fermentation and a non-interventionist approach by head winemaker, Josh Horton. The first vintages of Lightfood & Wolfville’s Ancienne Chardonnay and Ancienne Pinot Noir were released in 2015 with great anticipation, and exceeded the expectations of this Canadian wine lover.

There are plans to release a traditional method sparkling wine in the coming years. In the meantime there are two sparkling offerings, Bubbly White and Bubbly Rosé that are bright and fresh, perfect for brunch and light fare in the afternoon. These are wines are emblematic of Nova Scotia: fun and easy going.

The Lightfoots plan to open their vineyard to the public in spring 2017 in a bright, barn-like structure on top of a north facing hillside on the edge of Wolfville overlooking the Bay of Fundy. The new facility will feature a wine tasting bar, a retail space, commercial kitchen, underground cellar and event space. It’s destined to be a must-stop on your Nova Scotia wine tour.

Canadian Wine: Lightfoot & Wolfville Vineyards was written by Meaghan Carey. Meaghan shares her musings on life as she attempts to cook good food for family and friends from her small kitchen, on her blog Un Assaggio of Food, Wine, and Marriage. Raised in Cape Breton, Meaghan returns home as much as possible and loves to welcome friends to this picturesque corner of Canada each summer. Connect with Meaghan on Facebook, Twitter and Instagram.

SUBSCRIBE TO GET YOUR FREE SPICE BOX EBOOK
You are subscribing to the FBC Food Lovers Newsletter.
You can unsubscribe any time!
Click Me
19shares

One of my local restaurants is hosting a wine tasting dinner featuring biodynamic wines in a couple of weeks! I’m hoping I can go. I’ll have to add these wines from Nova Scotia on my list to try. Love sampling new wines.