Time for another FBC2013 Speakers Announcement! Today we round out our sessions with Photography and Food Styling,  Recipe Development, Finance and our Guest Speaker, Lucy Waverman.  All these talented people are joining our previously announced speakers.  So, without further ado...

One of Canada's favourite culinary personalities, Lucy Waverman brings her sharp wit and mouth-watering recipes to aspiring home chefs across the country as celebrated author, editor, columnist and teacher. Her Wednesday food column "Weekend Menu" and Saturday food column “Fresh Tastes”, both appear weekly in The Globe and Mail,  Canada's most read and respected national newspaper. Lucy appears regularly on television and radio shows across Canada and the United States including 12 years with CityTV's CityLine.

Lucy is the food editor at Food & Drink, a magazine published by the Liquor Control Board of Ontario. She is the author of nine cookbooks and is the recipient of Cuisine Canada's 2005 gold medal award for A Matter of Taste, which she co-wrote with James Chatto. A Matter of Taste was also a finalist for the prestigious James Beard Entertaining Award. Lucy's Kitchen won the silver medal at Cuisine Canada's 2007 Canadian Culinary Book Awards. Home For Dinner was an award winner too.  Her latest book, A Year in Lucy’s Kitchen is a national best seller.

In October 2013 her new book, Flavour Principles, with fellow Globe writer Beppi Crosariol will be published by HarperCollins

In 2005, Lucy was presented with the Gold Award in Food Media/Journalism by the Ontario Hostelry Association for her efforts in mentoring young talent and for educating the public about cooking and world cuisines through her writing and teaching.

Lucy has an Advanced Certificate from the Cordon Bleu, an Ontario Teachers' Certificate and a degree in journalism. From 1972 to 1990, Lucy owned and directed The Cooking School, a school devoted to the teaching of good cooking.

Lucy is involved in volunteer work as the Vice President of Necessary Angel Theatre Company. Previously she was on the Board of the International Association of Culinary Professionals and “Second Harvest’ where she headed Toronto Taste. She helped produce the Chef’s calendar for Bloorview Hospital, edited Impossible Pie for Sick Children’s Hospital and has contributed to many charitable cookbooks. Follow her on twitter: @lucywaverman or visit Lucy's Kitchen. 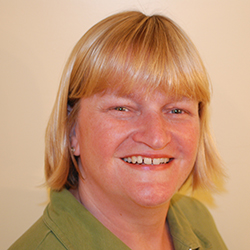 Since The Cookbook Store opened its doors in Toronto in 1983 Alison has been at the helm, guiding customers through the myriad of choices from around the world. The Cookbook Store is a culinary destination for home cooks and professional chefs. Hosting events large and small, local and international in scope with visiting chefs and authors from around the world. Alison is a frequent contributor and commentator to the media and has been a judge for all the major cookbook awards in North America. She is the recipient of an honoury degree from George Brown College (2012) and is a past winner of the Women's Culinary Network Woman of the Year Award and received a Gold Award from the Ontario Hostelry Institute. You can follow the chatter on twitter @cookbookshop and also interact at www.cook-book.com

Robin Sharp has been shooting, eating and blogging in Toronto since 2005. In addition to running If Looks Could Fill: A Food Blog, she has shot for Frommers travel guides, Splenda, Cultures, Caplansky's Deli and more than a handful of other Toronto restaurants. She also photographs families, weddings and pets and loves working with natural light.

Adele styles for magazines, motion pictures, supermarket chains, cookbooks and consumer goods packaging. Before pursuing her career in food she attended the University of Guelph and graduated with an honours degree in geography and a minor in fine arts. She honed her chef skills at Le Cordon Bleu in London (and graduated at the top of her class!) with a Grand Diplome in cuisine and patisserie.

Her most memorable events while living in England were working on the first two Harry Potter films, assisting with the Queen Mum’s 100th birthday cake, and almost running over the Queen herself while working at an estate next to Balmoral.  Visit Adele's porfolio

Julie Van Rosendaal is the food and nutrition columnist on the Calgary Eyeopener on CBC Radio One, the author of five best-selling cookbooks, food editor of Parents Canada magazine and a freelance writer, contributing to dozens of local, national and international publications.

She is also co-host of It’s Just Food on the OWN television network, and writes and is the photographer for her award-winning food blog, DinnerwithJulie.com, which documents real life in her home kitchen in Calgary, Alberta, Canada with her husband, Mike, and 7 year old son, Willem. Follow Julie on twitter @dinnerwithjulie

Stephanie lives in Calgary, AB and is the creator of Clockwork Lemon, a blog dedicated to baking, brunches, and other kitchen adventures. Her recipes and photos have been featured online on Saveur Magazine, Vogue Portugal, America’s Test Kitchen, and SheKnows.ca among others.

Along with sharing recipes and photos on her blog, Stephanie develops recipes for the Globe and Mail. Her column, Icing on the Cake, features easy yet tempting desserts that encourage Canadians to get baking.

Stephanie spends her spare time working on photography, baking bread, and is currently learning how to make cheese.  Follow Stephanie on twitter @Clock_workLemon

Adell Shneer started her professional career as a graphic designer, but her love of baking led her to the kitchen. After returning to George Brown College, Adell had a successful career as a recipe developer. She honed her skill as a recipe tester for Today’s Parent Magazine and for Dana McCauley and Associates.

Adell became resident baker and culinary teacher at Dish Cooking Studio and subsequently, a recipe developer, food stylist, and on camera guest chef for Party Dish on Food Network Canada.  Adell became a full-time member of the Canadian Living Test Kitchen in 2005. For seven years, she contributed hundreds of “Tested Till Perfect” recipes to the Canadian Living magazine and website and became the Test Kitchen Manager.

Currently, Adell continues to work as a recipe developer and culinary consultant. In her newest endeavour, “Art to Eat-Cookies By Adell” her two passions, art and baking collide in and explosion of colour.  Follow Adell on Twitter @adell_shneer

Mairlyn Smith is the only professional home economist and food writer in Canada that is also an alumnus of the Second City Comedy Troupe making her a popular TV and media food personality. Her ability to mix learning with laughter is her forte.

Mairlyn has been seen on every morning show across Canada including BT Toronto and is a regular Guest Expert the popular and award winning CityLine.

In 1976 she graduated with a degree in Home Economics from the University of British Columbia. She then returned to UBC and completed her Teaching Certificate before going on to teach Home Economics and head the Department of Fine Arts at Balmoral Junior High.  Unable to shake the acting bug, Mairlyn enrolled at the American Academy of Dramatic Arts in California. Then, like most Canadian actors in the 1980s, she moved to Toronto to find work. Mairlyn has been seen on over 100 television commercials, performed on live stage including the Second City Comedy Troupe, and has been in many TV shows as well as films. Her versatility in acting and cooking with a comedic flair landed her the job as a host of Harrowsmith Country Life and a subsequent Gemini Nomination.

The author of four best selling cookbooks,Ultimate Foods for Ultimate Health and don’t forget the chocolate! which she co-authored with dietician Liz Pearson, won Gold at the Cuisine Canada Cookbook Awards making it the first healthy book to ever win Gold at these prestigious Canadian Culinary Awards.

Her latest book The Vegetarians Complete Quinoa Cookbook was sold out of its first print run in three weeks! Recipes for this cookbook were submitted by 58 professional home economists and is Mairlyn’s launch into group cookbook development and editing.Visit Mairlyn's website or follow her on twitter @MairlynSmith

Accounting For Your Blog

Brian Baas is the owner of Baas Tax and Bookkeeping based out of Ottawa where he consults with a number of different bloggers and small business on the importance of keeping track of your finances come tax time.  Brian has worked with numerous bloggers to ensure they get the most out of the money they've earned blogging, he has also spoken at multiple blogging conferences all over Ontario. Brian uses his experience with the blogging world and has developed tools specific to bloggers for managing finances. He is dedicated to ensuring that bloggers are ready and able to get the most from their tax return.

In his free time he is the creator of WWAGDo.com where he writes to discover everything there is to know about being a modern gentleman. Brian is a lover of fine wine, scotch, and meat, and he refuses to admit that he is addicted to twitter and loves Instagram. Follow Brian on twitter @WWAGDo @brianofpp

Glad to see Julie is there and that you are getting some representation from the west!
🙂
V

Valerie, we’ve got LOADS of western representation besides Julie – Stephanie Eddy, Dan Clapson, Dave Zille, myself…! And three of those are from Alberta!

when is the conference and where?

Just follow the link for FBC2013 in the menu at the top of the page.

Hi Connie – no you don’t need to be a food blogger. If you think the conference would be useful to you then you are more than welcome to purchase a ticket!