How I Photographed My Cookbook with Only My iPhone

Photographing a cookbook with a mobile phone? Yes! Today, Renée Kohlman, blogger at Sweetsugarbean and cookbook author of All the Sweet Things, tells us how she photographed her beautiful cookbook using only her iPhone - proving that beautiful food photography is as much, if not more so, about your vision and skills as it is about your camera equipment. 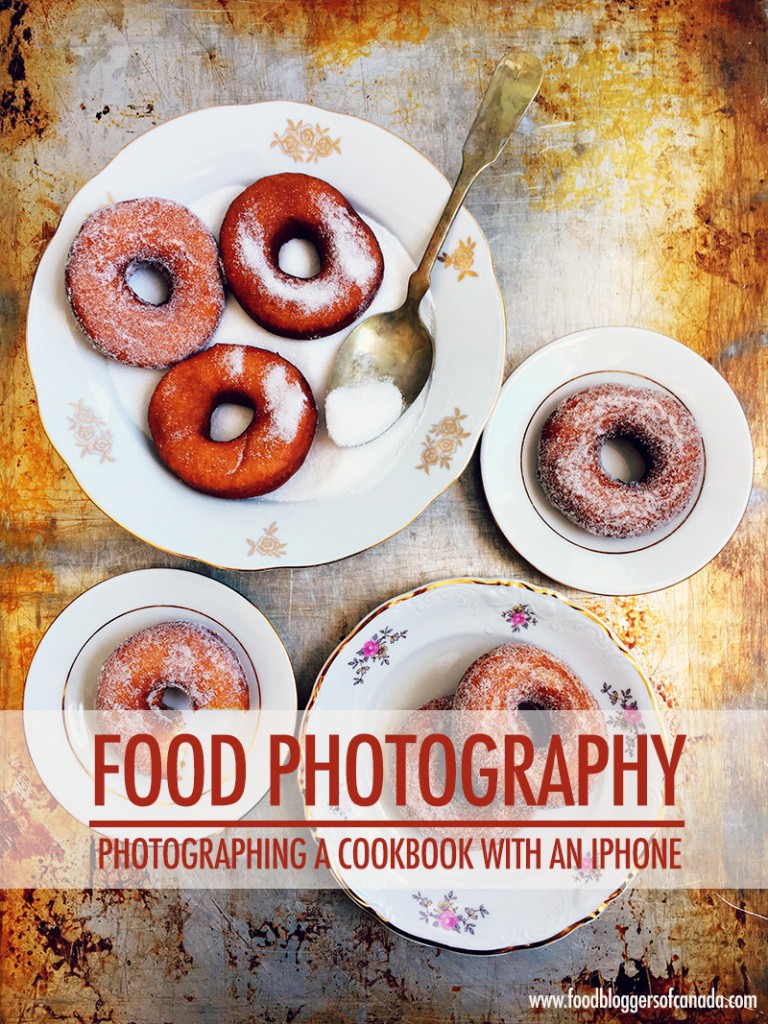 Hello to all of my dear, fellow Canadian food bloggers! I’m Renée from Sweetsugarbean and today I’m going to dish a little on what it was like to do all of my own photography in my debut cookbook, All the Sweet Things.

If you’ve been following my blog for the past six years, you know I’m pretty low-tech when it comes to photography. I don’t own a DSLR, tripod or any other fancy photography accessories. When I first started blogging, I used a second-hand point and shoot Canon. It did the trick and was fun to play around with. Then I got my first iPhone — a 5 — and I really liked how the photos turned out when I was uploading them to Instagram. Around that time (fall/winter of 2012-13) my blog posts were about half Canon, half iPhone, and then eventually migrated over to full iPhone 5.

One of the first conversations I had with TouchWood editions in the winter of 2015 after they approached me about writing a cookbook was about my method of taking photos. They couldn’t believe I did all of that with just my phone! 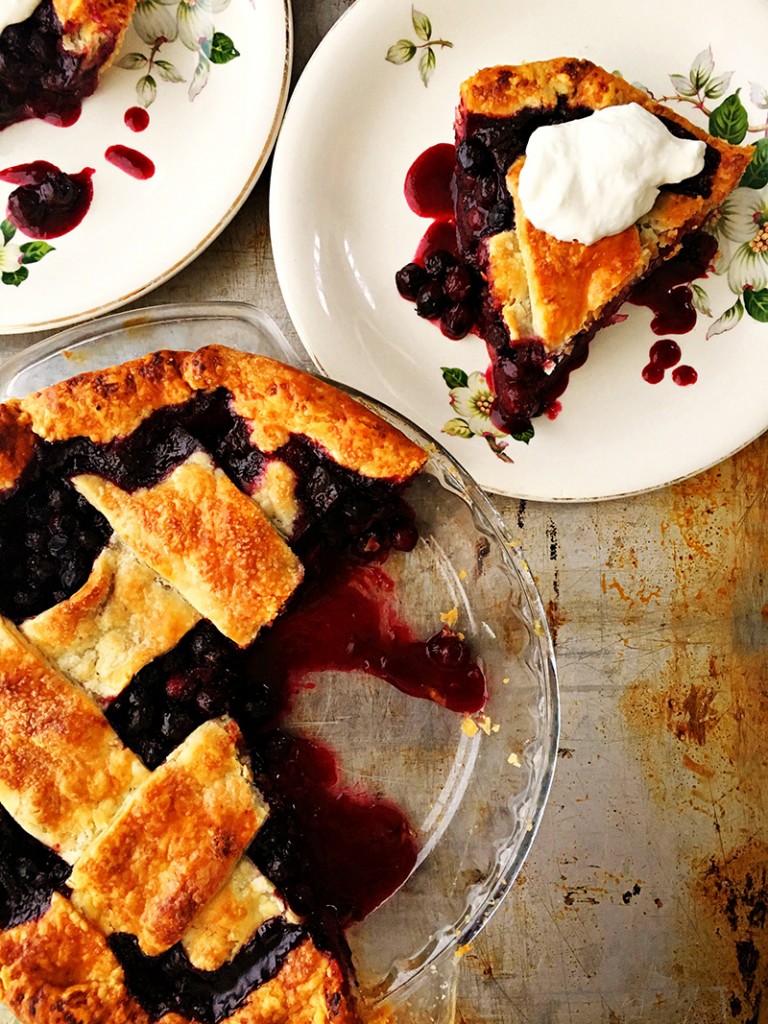 Why I Used My iPhone for My Cookbook Photos

Once my proposal was accepted and the contract signed in the summer of 2015, I emailed over sample photos to the in-house designer at TouchWood, just to make sure that they would be of adequate quality, and they were! This was a giant relief to me for several reasons.

So, how did I take such gorgeous photos for my cookbook? Like I said, I was able to use some photos that already appeared on my blog, but in the end this was only 22 recipes out of 105. I used my iPhone 5 for a few more recipes, but then upgraded to an iPhone 6S in November 2015 (once my phone contract was up) and the bulk of the photography was done using this phone camera.

I would use the HDR mode and snap away. I took so many photos of a recipe, it was insane. I was always running out of storage! I would then use the app Camera Plus to do some editing, then upload the photos to my computer and further edit with PicMonkey. 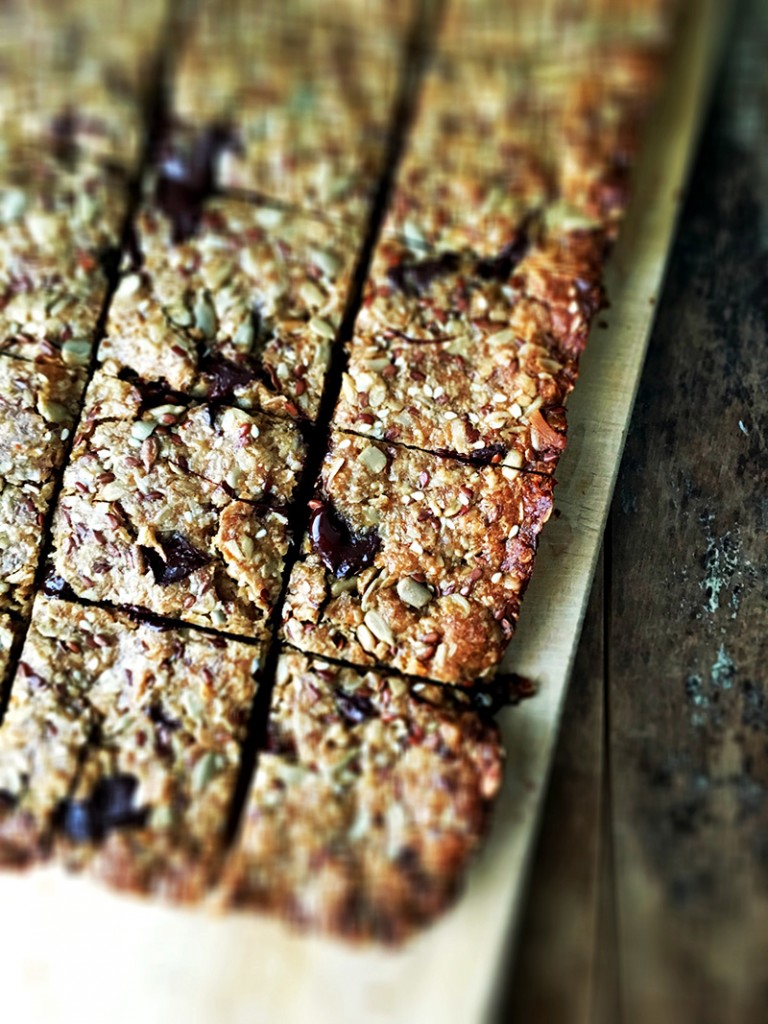 I used all-natural light in my living room, and used white and black foam core to bounce the light around. And that was it! No tripod, no tethering of my phone to my computer, no other lights. Like I said, this was not a fancy operation. But, it worked for me, obviously, and both the designer and the publisher were happy with what I was able to give them.

I even shot the cover with my phone! This wasn’t a table with all of the sweet things on it at once. No, I had to photograph about 12 different recipes separately on the same day, around the same time (because the light had to be consistent), around the end of November — just a few weeks before the book was slated to go to print. No pressure! 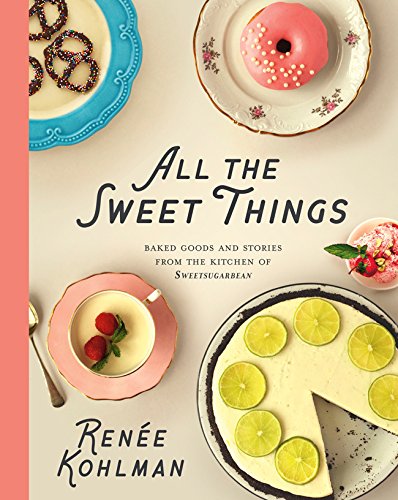 I had the choice of what I wanted on the cover, so I made recipes that would be fine if they sat overnight and were photographed the next day. The morning of, I dunked the doughnuts, sliced the key lime pie, dusted the madeleines, dipped the pretzels, garnished the lemon possets, and I prayed for a sunny Saskatoon day, which is always a crapshoot at the end of November. I got my sun and I got my shots, and in the end I love the cover so much. The designer pieced it all together. She’s a star.

My boyfriend has since lent me his DSLR to play around with, but truthfully, it has sat on my office floor for over a month and I haven’t even opened the case. True, I don’t have the time to take a look, but I’ve also found a way of photographing that works for me. If I do another book, I’m not sure if I would change anything. Except, maybe upgrade my phone to the newest model!

Editor's note: Renee's first cookbook, All the Sweet Things, launches today! We'll be sharing a review of the book next month in our Cookbook Corner so stay tuned!

How I Photographed My Cookbook with Only My iPhone was written by Renée Kohlman. When she’s not whipping up treats for her blog, Sweetsugarbean, Renée is is a freelance recipe developer and food writer. She’s just written her first cookbook, All the Sweet Things. You can connect with Renée on Instagram, Twitter and Facebook.

It’s great to see that “setup” shot and have a glimpse of what’s behind the scenes of your beautiful photos. I think you’ve given a lot of people the confidence in knowing they can do this too!