One Curious Ingredient: Pomegranate Molasses (and how to make it)

What is pomegranate molasses and what is it good for? In our monthly column, One Curious Ingredient, Michelle Peters-Jones explores the history and culinary use of ingredients or dishes that are unfamiliar to her — and probably many of us! So let's learn more about pomegranate molasses along with how to make it. 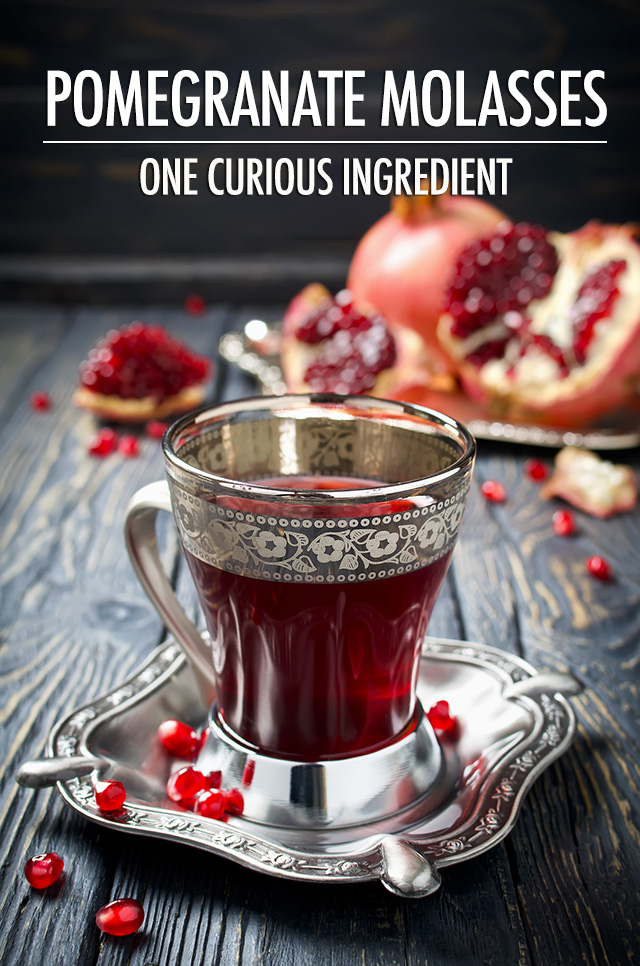 Have you checked out FBC's delicious pomegranate cider sangria yet?

When I saw this beautiful recipe, my mind went straight to my pantry staple (and apparently, Yotam Ottolenghi's desert island pick), pomegranate molasses.

What is Pomegranate Molasses?

How Is Pomegranate Molasses Made?

Pomegranate molasses is usually made by reducing pure pomegranate juice, evaporating the water until the naturally occurring sugars within the juice thicken and concentrate the syrup.

When using tarter, less ripe pomegranates, I like to add sugar, but if I'm using commercially made pomegranate juice (which can be a little sweeter than homemade juice), then I like to reduce it straight, so the result is tangier. You can play with these versions until you find the one that you like the most.

If you'd rather not make your own pomegranate molasses, then it's easily available in most Middle Eastern and Asian grocery stores, as well as in the ethnic sections of larger supermarkets. I like the Cortas brand, but again, try different brands until you find the one you like the best.

Pomegranate molasses has a rich, fruity and complex, intensely tangy and sweet flavour, with underlying dark bitter notes, that complements a wide variety of ingredients and dishes. 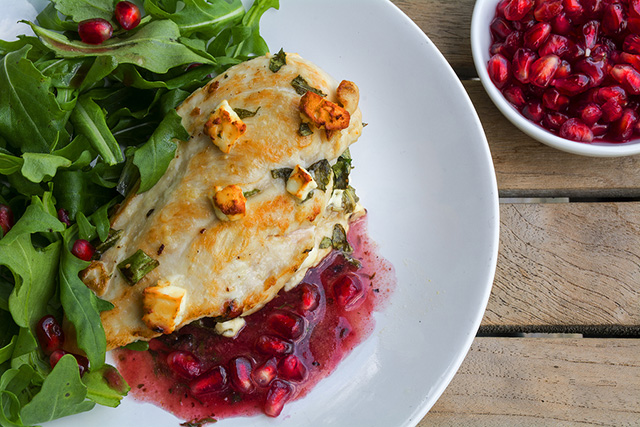 What is Pomegranate Molasses Good For?

Pomegranate molasses is the main flavour in the Persian chicken stew, Fesenjān, and Muhammara, a roasted red pepper and walnut dip.

But for a few ideas you can add it to vinaigrettes instead of vinegar, for a tart-sweet fruit flavour.

Mix together pomegranate molasses, sugar syrup and lemon juice, and top with club soda for a fresh, unusual cocktail.

Add it as a glaze to roast chicken or lamb, or stir a little into barbecue sauce to add an exotic flavour to your sticky ribs.

Drizzle some over ice cream or yogourt. In fact, you're only limited by your imagination when it comes to this curious ingredient!

The Legend of Pomegranates and Winter

And finally, do you know the legend behind pomegranates? It is said that Hades tricked Persephone into eating a few pomegranate seeds when she wanted to leave him. This led to him keeping her with him in the Underworld for six (though the exact number varies from story to story) months of the year. During these six months, her mother Demeter forbade anything to grow or thrive, which is the legend of how winter came about.

Print
You can make this with fresh pomegranate juice, or with commercially produced juice. Taste the juice first, and then decide how much sugar you would like to add to it. If I'm using commercial pomegranate juice, I like to add a dash of lemon juice to amp up the tartness.
Author: Michelle Peters-Jones
Recipe type: Condiment
Cuisine: Middle-Eastern
Serves: 1 cup
Ingredients
Instructions
3.2.2925
Have you used pomegranate molasses in any way? Let us know in the comments, including a link to any recipes you’ve posted! 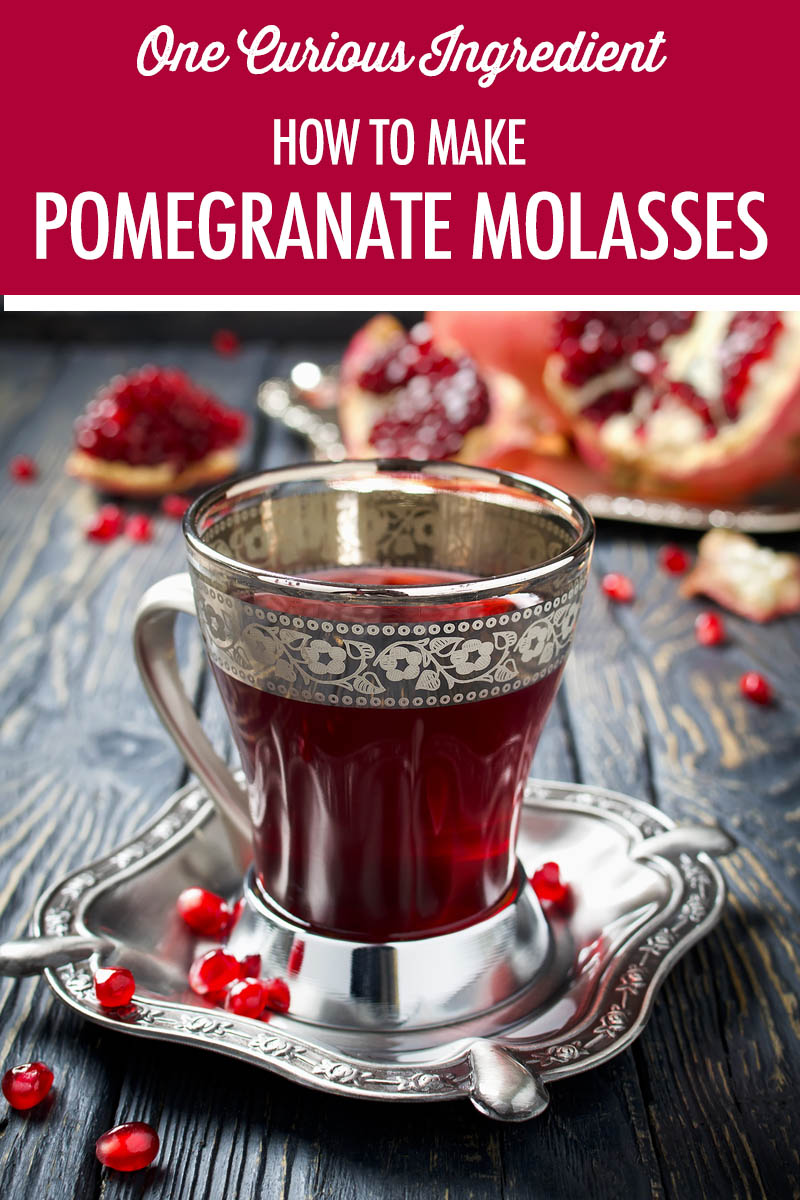 I remember the first time I tried pomegranate molasses – I was totally surprised at how tart and tasty it was. I like using it in my salad dressings to amp up the flavour. http://www.kitchenfrau.com/poppyseed-pomegranate-and-pear-salad-festive-and-ready-for-the-holidays/

I love it as a glaze for Holiday Turkey!
http://thewineloverskitchen.com/recipe/roast-turkey-with-pomegranate-glaze/

I have been noticing my lonely old jar of pomegranate molasses in my cupboard and thinking that I need to find ways to use it.

I think I was introduced to pomegranate molasses by Paula Wolfert’s “The Cooking of the Eastern Mediterranean,” which has quite a few recipes that use it. It’s a great book with a collection of interesting and less well-known recipes from Georgia, Azerbaijan, Syria and other nations of the region.

I have posted a few recipes that use pomegranate molasses, and here are my two favorites:

A cheesecake-brownie swirl in which the cheesecake part is enlivened by pomegranate molasses, and in which the brownie has some ground cardamom: http://slicesofbluesky.com/2008/01/my-chocolate-adventure/

I didn’t even know this existed till stumbling across it here. Thanks! Loving your site.