Recipe Development 101: 5 Fundamental Keys to Creating Your Own Original Recipes

I've heard many differing opinions when it comes to creating an 'original recipe'. Some say an adjustment of three (or more) ingredients to a recipe you've adapted from a blog/cookbook/magazine/etc...results in your own original recipe. Others say that you have to travel back in a time using a time machine to before a recipe was published, then put your version out first. Most people can't time travel...so...that option is out the window.

How Do You Create An Original Recipe?

My opinion would lie somewhere in the middle, while I may not necessarily agree that adapting a recipe by swapping out a few ingredients makes it totally 'brand new', I also understand that it's hard to make a dish 100% original. If creating original recipes in your kitchen is something you're interested in, but afraid to do, the most important thing, as with anything in this great culinary world, is to START SIMPLE. I wouldn't recommend popping by your local grocery store and picking up, oh, say some pork hock, an orange, eggplant, cayenne pepper and some ranch dressing, then getting home and thinking to yourself: 'Now, what should I do with this?' That probably won't end very well...

In my opinion, there are five fundamental things that really help a chef-at-home get a great start creating original recipes.

1. Individuals willing to become your kitchen lab rats - Having close friends or family (even a house cat if the recipe creation really goes south!) that you can sample your dishes on. For better or for worse, I am always inviting friends over for supper to taste test different inventions. I wouldn't recommend an entire meal of experiments, but sneaking in one course as a recipe 'test run' is a great way to get some feedback. Also, it helps if your friends/family are honest!

2. Learn from your mistakes - If you've always wanted to have a signature recipe of a particular dish, but it doesn't work out the first time, or second, or third, don't give up! Don't feel obligated to eat the whole thing either, but definitely don't give up! Food is meant to be experimented with and, much like other aspects of life, with successes come failures! Believe me, I have had some disastrous dishes along the way...like this really weird root beer chicken dish I made once. Don't ask.

3. Look for inspiration everywhere - For this point, I was just going to say 'read a lot of cookbooks, blogs, and all that jazz', but culinary inspiration comes from all places. A favourite cafe with amazing apple tarts, the smell of BBQ in the (dwindling) warm summer air, a spaghetti squash just begging to be roasted at the local grocery store. This may sound kind of cheesy, but all of these things that guide are senses can guide you in the kitchen too.

4. Don't use ingredients that you don't enjoy - I'm just going to out on a limb here and assume that everyone here likes olive oil and garlic, ok? If those are dislikes for anyone, you need to get over that as soon as possible, just saying! Anyway, part of sharing original recipes through your website is knowing that something works. If you're opting to use ingredients that you don't enjoy, just to impress someone or by request, or whatever the case may be, you're much less likely to want to cook it again. Everything needs a few test runs (I say three), to really become 'perfect' and who wants to cook something they don't like multiple times?

5. Know the basics - This kind of goes without saying, but knowing standard base recipes (like a basic biscuit) and general basic culinary techniques (like properly roasting garlic) are essential to recipe development. It's always great to have a solid foundation of kitchen skills. Now, I'm not talking about going out to seek some culinary training. What's nice (about the internet) nowadays (man, I sound old) is the fact that you can Google pretty much anything. Even YouTube has millions of step-by-step video tutorials. Most of your cooking-related questions can be answered by a few clicks on your keyboard!

Sticking with my 'know the basics' mentality, why not start experimenting with vinaigrettes? Let it be known that the standard ratio for a simple vinaigrette dressing is 2 parts oil to 1 part vinegar. Consider it a blank canvas that's already pretty oily...Now, start thinking of different ingredients that you like that can be added to the mix...Orange zest? Fresh basil? Dill? Strawberries? Jalapenos? The combinations are pretty much endless, and I haven't even mentioned the different types of oil and vinegar you could use. Add-in a touch of salt and pepper, and a chopped garlic clove or two (going back to my 'you have to like olive oil and garlic or else' theory) and you have your very own one-of-a-kind vinaigrette.

See, who knew delicious could be so simple?

Recipe Development 101: 5 Fundamental Keys to Creating Your Own Original Recipe was written by Dan Clapson, a food writer based out of Calgary, Alberta. In addition to writing for Avenue Magazine and Food Network Canada, he blogs about his culinary adventures at www.dansgoodside.com. When he's not eating, he can be found teaching university students how to cook through his non-for-profit cooking program, Start From Scratch. He likes to eat pickles out of the jar. Twitter: @dansgoodside

SUBSCRIBE TO GET YOUR FREE SPICE BOX EBOOK
You are subscribing to the FBC Food Lovers Newsletter.
You can unsubscribe any time!
Click Me
189shares

Nice article, Dan!
I’m so pleased to see how this site is coming along. Exciting stuff!

Good rules to live by!

Love this kind of post. Gorgeous photos of simple food and far too many people don’t know how to make a vinaigrette! Bravo, Dan!
Love your Goodside!
😉
V

For me, anything that starts with pork hock isn’t go to end well unless it’s in a pot of home-made baked beans! LOL Seriously though, some very tips. I expect to see a rash of Homemade Vinaigrette posts on the blogosphere come Monday 😉

Original receipes? I would agree that you would have to get into a time machine to find one. Almost every single restaurant out there today is using recipes borrowed from somewhere else. Take a recipe and tinker with it a little, make it yours. As long as its not word for word the same recipe that is already published, you have yourself your own “original”.

[…] I was humbled when the trio asked me to contribute to their site by means of a series of recipe development posts. I’ll be posting monthly, give or take, touching on everything from basic salad dressings to roasting koala…Ok, maybe not that random. Anyway, you can check out my first piece, 5 fundamentals for recipe development here… […]

Back when I was first learning to cook, I regularly threw out pots of food because they tasted so bad! I no longer throw food out, but I still don’t really know how to choose items that will taste good together, except from past experience. I’m more cautious about going out on a limb. I also have The Flavor Bible, which lists items that taste good together and consult it frequently. But how does one know, without relying on the experts, which foods go well together? How does one know when to use the rules of balancing flavors — acid/sweet, and how much of each to use, for example? Are there other rules I don’t know about?

Personally, what I do is I take small samples of each ingredient, for this example, let’s go with dried lavender and vanilla, and eat them at the same time. I try to ignore all the parts that can be easily fixed, like Vanilla (extract)’s bitterness, or dried lavenders strong flavor, and focus on whether or not it tastes good together. Of course, there are many problems with this strategy, but it is just one of the many methods.

Hi Dan, greetings from a brazilian living in Germany. Great article because I see my own learn process (as a hobby cooker) on it. Agree with the point all new receipts were anyhow inspired by someone, somewhere. A mix of intermulticulturality and culinary: interculinarity🙂. Excited to read more of your articles.

Very nice knowledge and tip for to creating your own original recipes very well detailed information and explanation very useful tip to prepare our own recipes inspiring and motivating post enjoyed reading Thanks for sharing. 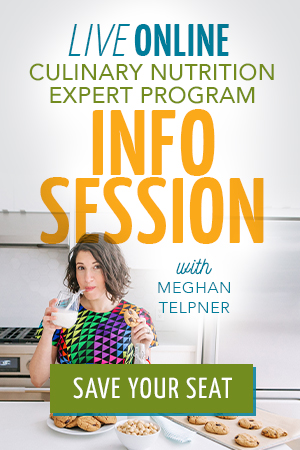