It’s Canadian: The History of the California Roll 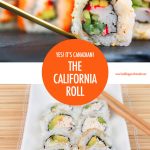 There are many dishes we associate with a particular culture that were actually invented or heavily adapted here in Canada.  In It's Canadian, Gabby Peyton shares the history behind some surprising Canadian foods. Today, Gabby dives into the history of the California Roll. Although sushi may not come immediately to mind when discussing Canadian food, the California Roll - evolved from the Japanese sushi tradition and given an American-sounding name - is Canadian! 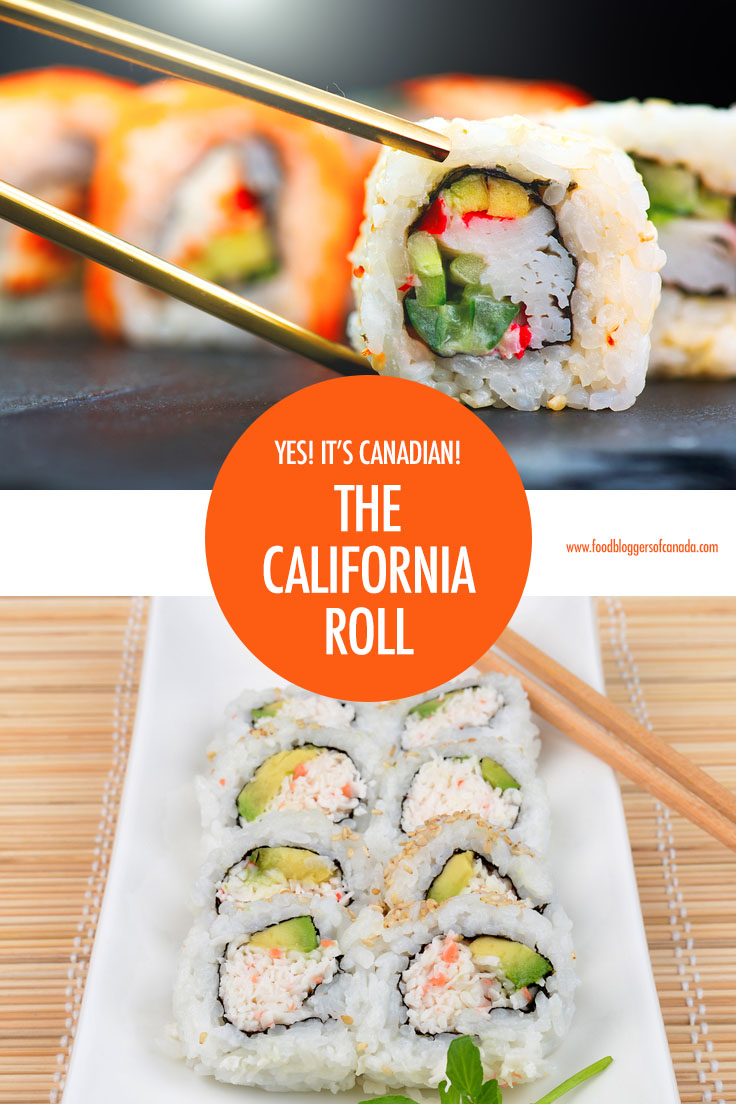 There are thousands of sushi restaurants across Canada — more than 600 of them are in Vancouver alone. You can saddle up to a high-end sushi spot in downtown Toronto for a 20-course eel-filled experience, or reach across the grocery store counter for a day old roll, chilled to perfection.

Whatever your sushi ritual may be, one thing's for sure: uttering the words “let’s go for sushi” is as colloquial in Canada as ordering a Double Double. Over the past 60 years, the Canadian appetite has grown exponentially for this sustenance synonymous with Japan, and everyone knows the first roll most of us try (and somehow love forever) is … drumroll please … the California Roll. But did you know it's Canadian?

Yes, that’s right, the beloved gateway maki was born and raised right here in Canada. Hey, just because it’s called California Roll doesn’t make it American — french fries aren’t from Paris, are they? The California Roll has had a major impact on the way Canadians perceive this particular Japanese culinary tradition, while at the same time making a part of it all our own.

Sushi Before the California Roll

The history of sushi in Canada started well before the invention of the California Roll (hold your tastebuds, we’ll get to that), but those North American palates weren’t biting right off the bat.

Say No to Nori

Sushi was introduced to the North American palate in the 1960s when it quickly became the exotic dinner of choice for the rich and famous in New York and Los Angeles. Restaurant critic Craig Claibourne wrote for the New York Times in the 1960s and proclaimed sushi “too far out” for the American palate in his 1963 article detailing two new Japanese restaurants in the city. The very same year the first sushi restaurant opened in Vancouver. Aki Takeuchi and his wife Takako opened Aki Restaurant at 374 Powell Street and started serving up the first raw fish in the city (it closed in February 2012).

In 1971, 22 year-old Hidekazu Tojo finished up residency at an Osaka sushi bar and moved to Vancouver, British Columbia to open his own establishment. To his dismay he found Canadians not only worried about eating raw fish, they were scared of seaweed and unwilling to try his maki.

Tojo’s solution? Turn ’em inside out! Tojo hid the seaweed underneath a layer of rice and swapped out the raw fish for cooked crab, and the rest is history. He claims the name of the California Roll — which was initially called the Tojo Maki — came from a mutual inspiration in the droves of patrons from Los Angeles who ate his roll and the home state of the avocado.

In case you’ve been living under a rock (or a town without a grocery store), the California Roll is intentionally made inside out with avocado, imitation crab, and cucumber, though Tojo only uses fresh crab at his restaurant. The roll has different ingredients but the methodologies are based on Japanese technique: the word sushi actually refers to the short grain rice seasoned with vinegar that they use to make it. While more palatable to North American taste, it’s fundamentally sushi.

Creating the California Roll changed the Canadian perspective of sushi and opened up a whole new world of flavours to hungry patrons. Tojo’s defining career moment is forever rolled up with the delicious flavour combination inside, and you can still visit Tojo’s Restaurant in Vancouver to try the real thing.

By the way, Tojo is also the genius behind the B.C. Roll, bursting at the seams with barbecued salmon skin and cucumber, which he created in 1974. 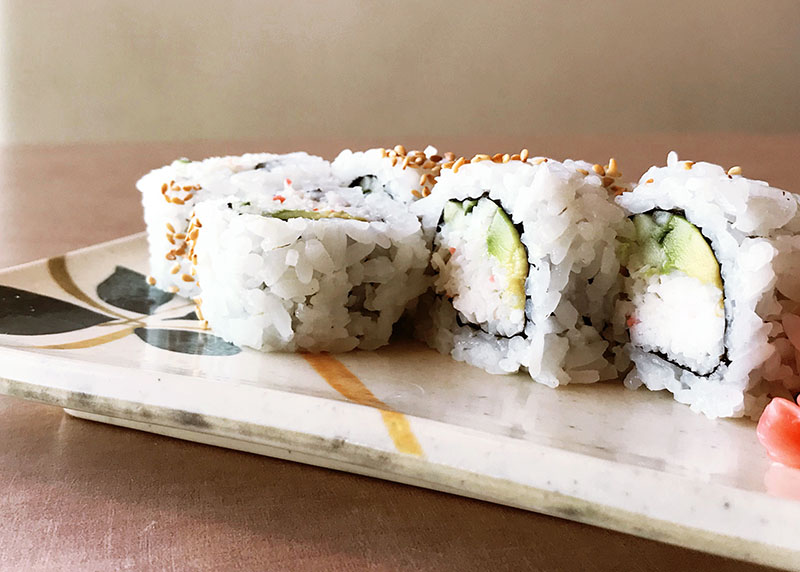 The California Roll Was the Gateway Roll

These days, thanks to the advent of the jet and overnight fish delivery, those high-end sushi joints are serving up the freshest possible nigiri across Canada. The playing field has leveled off a little, but whether you think sushi pizza is a culinary travesty or not, it’s not going anywhere and we have the California Roll to thank for the newest evolutions in Canadian sushi.

Now you can pick up a sushi burrito at Vancouver’s Pokkerito, devour a sushi burger at Su & Bu in Toronto or consume some AYCE sushi pretty much anywhere you want. Oh and don’t forget about the sushi poutine in Sushi à la Maison in Montreal or sushi nachos in Hamilton at Nique Restaurant.

In 2016 Hidekazu Tojo received the title of Japanese Cuisine Goodwill Ambassador. The honour bestowed to him by the Japanese Ministry of Agriculture, Forestry and Fisheries is special: only 13 chefs overseas have ever received it.

The California Roll is iconically Canadian despite its American name, and has shaped the way Canadians eat Japanese food. You can be certain we’ve overcome our early fears of seaweed and we will forever lay claim to the Californian king.

SUBSCRIBE TO GET YOUR FREE SPICE BOX EBOOK
You are subscribing to the FBC Food Lovers Newsletter.
You can unsubscribe any time!
Click Me
89shares