Every week we pull together some great Canadian recipes from Canadian food bloggers around the web featuring one main ingredient or dish. This week we're bringing your our ultimate cheesecake recipe collection! 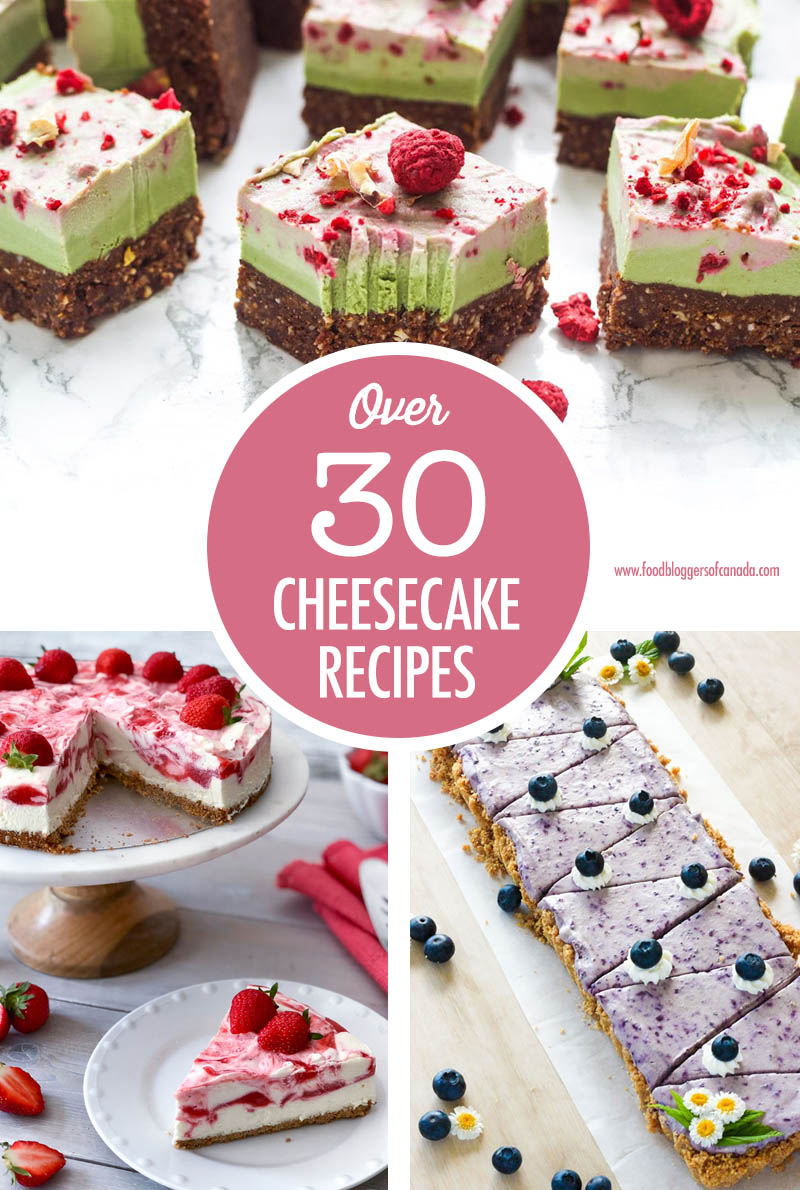 Editor's Note: This roundup contains several cheesecake recipes that are vegan and/or dairy free which means they do not use cream cheese as an ingredient. In many cases they use a nut substitute. We've highlighted those recipes where appropriate to make it easier for you to find the recipes that best suit your needs.

Cheesecake is a decadent treat that a lot of us associate with dinner out - there's always a cheesecake on every restaurant dessert menu!

But you don't need to wait until your next meal out to enjoy that tangy, creamy slice of cake - not with our ultimate cheesecake recipe collection!  Not only do we have multiple takes on the traditional New York Cheesecake, but we also have recipes for the lighter, fluffier Japanese and Israeli versions of this global dessert!

If a whole cheesecake is a little too much for you, we've also got lots of cheesecake square recipes! If you want an extra pop of flavour  freeze our Blackberry Cheesecake Squares individually and then nibble on them straight out of the freezer.  The sweet tangy flavour will explode in your mouth!

If you want something a little more out of the ordinary, there's also cheesecake parfaits, cheesecake ice cream, cheesecake mousse and even cheesecake cake pops in the recipes below.  Enjoy!

by The Kitchen Fairy 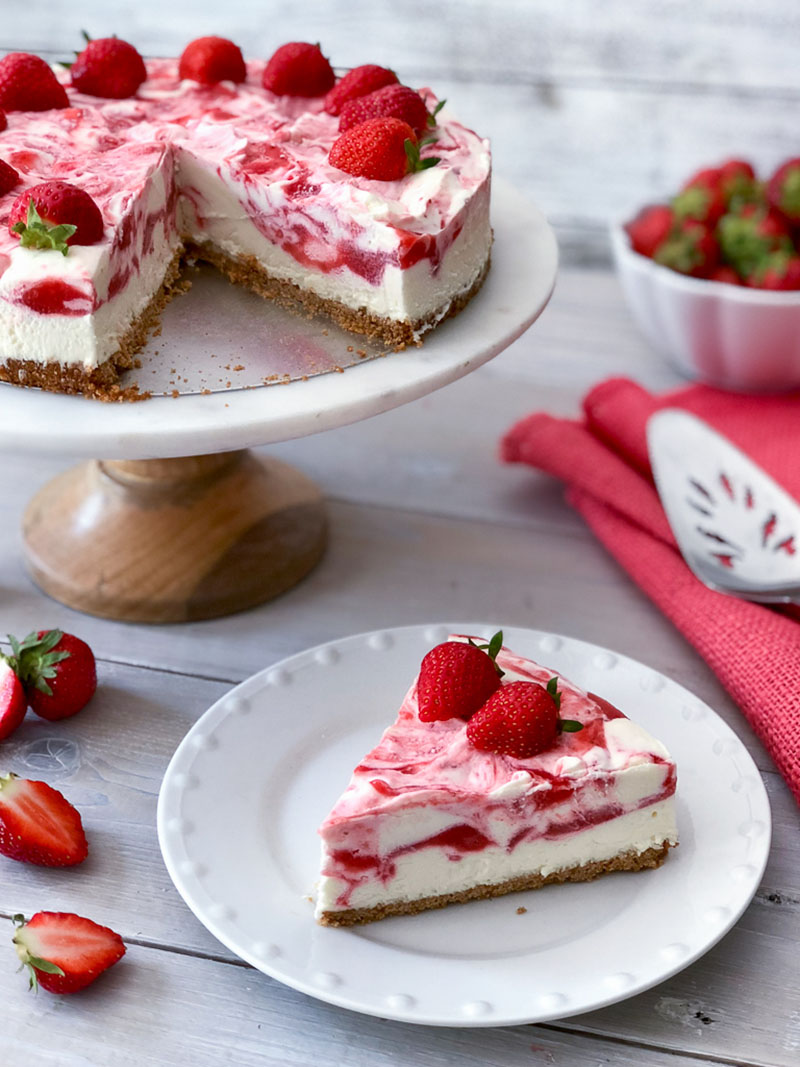 The Kitchen Fairy's No Bake Strawberry Swirl Cheesecake is one of the prettiest odes to spring we've ever seen. It's perfect for end to a Mother's Day brunch, a shower or an outdoor picnic.

by A Day in the Kitchen 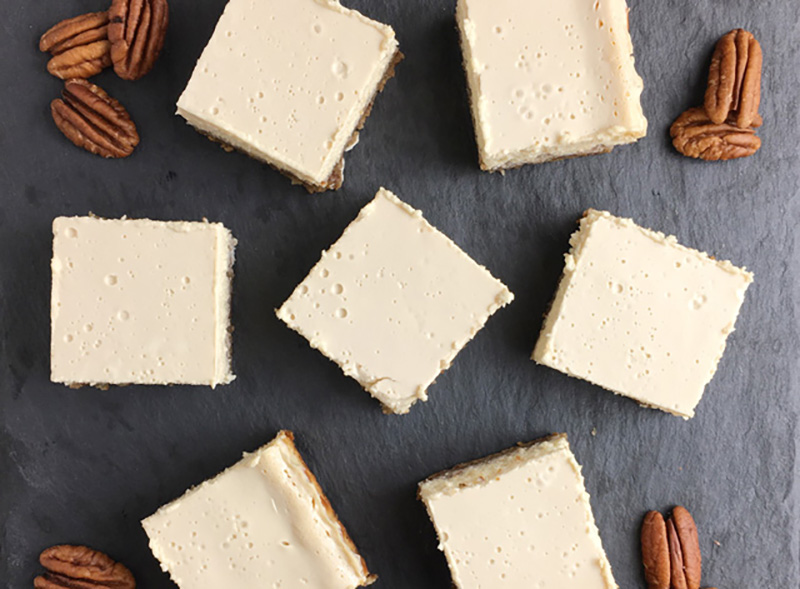 These Creamy Cheesecake Squares with a Nut Crust from A Day In The Kitchen are a blank canvas for whatever toppings you like - chocolate sauce, caramel drizzle, fresh fruit or fruit compote!

by My Kitchen Love

What goes perfectly with a glass of rosé? My Kitchen Love's No Bake Rhubarb Cheesecake! It makes for a light and fun way to enjoy the very best of spring and summer.

by Pups With Chopsticks

For something a little different we love this Black Sesame Cheesecake from Pups With Chopsticks.  The crust has a toffee like flavour (Joyce says to think of a Skor bar) and the cheesecake filling is soft and fluffy unlike traditional denser New York style cheesecake.  The toasted sesame seeds gives it a nutty flavour that sounds like heaven.

by Delicious on A Dime

Blueberry sauce has long been a traditional cheesecake topping but why not put that luscious sauce right into the cake? That's what Delicious on a Dime did with their Easy No Bake Blueberry Cheesecake.  The use of a rectangular shaped tart pan makes for an beautiful presentation as well!

Japanese Cheesecake differs from it's New York cousin in that it's light and airy but still retains that rich, creamy tang of a denser cheesecake. There's less emphasis on the cream cheese and more emphasis on eggs in the recipe.  This version from Little Sweet Baker will be the perfect end to any meal where you want dessert to make an impression.

Chocolate and peanut butter - they're made for each other. So why not put them in a cheesecake? That's exactly what Kitchen Divas did with their Chocolatey Peanut Butter Cheesecake recipe.  You'll thank them when you're done eating!

We love Gradual Perfection's creative take on cheesecake with her inventive Cinnamon Roll Cheesecake that looks just like a giant cinnamon bun! It doesn't hurt that hidden inside that decadent cheesecake centre are little pockets of cinnamon sugar just waiting to satisfy your sweet tooth!

by At The Immigrant's Table 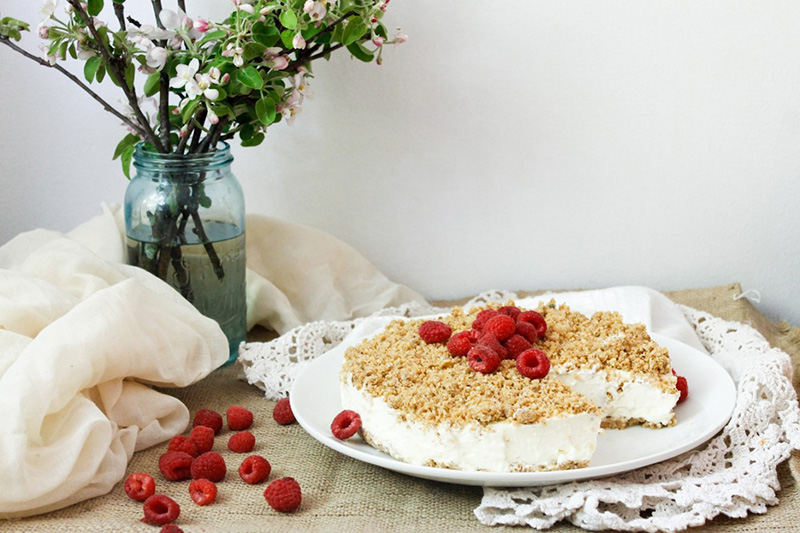 Israeli cheesecake also differs from it's North American counterpart in that it too, is light and airy. Closer to its Japanese cousin than it's New York relative.  It only takes 10 minutes of active time and then rests in a cold fridge for a tangy treat topped with a buttery crumb topping.  At The Immigrant's Table shares her version of Israeli Cheesecake with Crumb Topping and it's definitely worth checking out!

Click on the images to get to the recipes.

A big thank you to all our FBC Members who participated in this weekend's cheesecake roundup. If you're an FBC Member and would like to submit to future weekend link roundups, make sure you're signed up to receive your members-only newsletter where we list all the weekly roundups for the current month (don't receive your monthly member newsletter? Log in to your account and check off the box to receive our member updates!)

If you love getting Canadian recipes in your inbox, then you might want to subscribe to The FBC Food Lovers Newsletter. Once a week we’ll be featuring great Canadian recipes from FBC members, as well as occasional delicious offers from some of our partners.

You don’t have to be an FBC Member to subscribe – you just have to love food! All you have to do is click here to subscribe!

SUBSCRIBE TO GET YOUR FREE SPICE BOX EBOOK
You are subscribing to the FBC Food Lovers Newsletter.
You can unsubscribe any time!
Click Me
1579shares