This week’s Canada’s Craft Beer post comes from our BC craft beer guy, Bryan Clegg. Today Bryan visits "Brewer's Row" in Port Moody and stops in at Yellow Dog Brewing. "Family-friendly" may not be the first thing that comes to mind when you think about a brewery, but that's the atmosphere here. 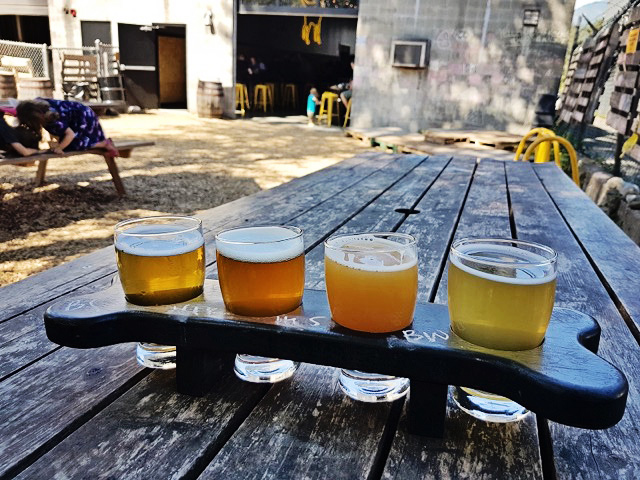 If you’ve read my post about Twin Sails, you may remember I mentioned Murray Street in Port Moody had become known as Brewer’s Row. That’s because of the four breweries that call it home: Yellow Dog, Moody, Twin Sails, and Parkside. And the whole thing started back in 2014 when Melinda and Mike Coghill opened Yellow Dog Brewing. 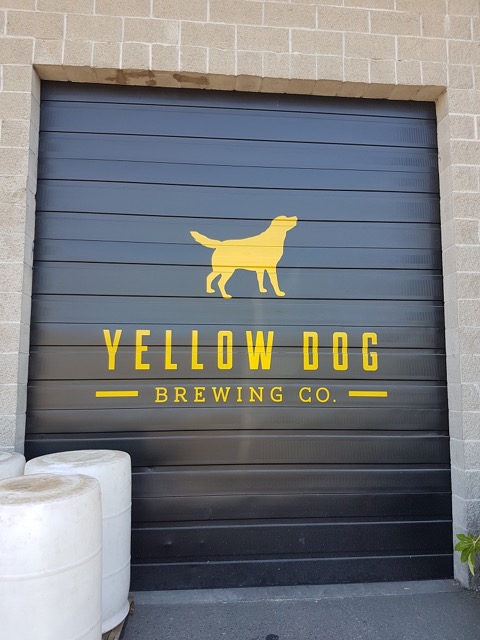 Yellow Dog was designed to be a family friendly outfit, and they’ve been on point, from the branding to the brewery. The Yellow Dog label is based on the Coghills’ lab, Chase, and the beer names are nearly all dog references — Go Fetch, Sit and Stay, and Chase My Tail are just a few examples. Even the flight holders are shaped like dog bones.

The location is also perfect for setting a family atmosphere. Across from the popular Rocky Point Park — which includes a pool, spray park and, of course, ice cream — Yellow Dog is well situated to take advantage of family activity in the area. They also were one of the first breweries to take advantage of a change in BC beer laws that allowed breweries to have a picnic area. As a result, Yellow Dog has a large area out back filled with picnic tables, many with large umbrellas that offer welcome shade in the summer. In another nod to the family element, one corner has pallets built into a stage area where kids can play and draw on the walls with chalk. And yes, they even have live music on occasion.

There’s no doubt the Coghills have been immensely successful in building a brewery the whole family can enjoy.

The beer isn’t too shabby, either. 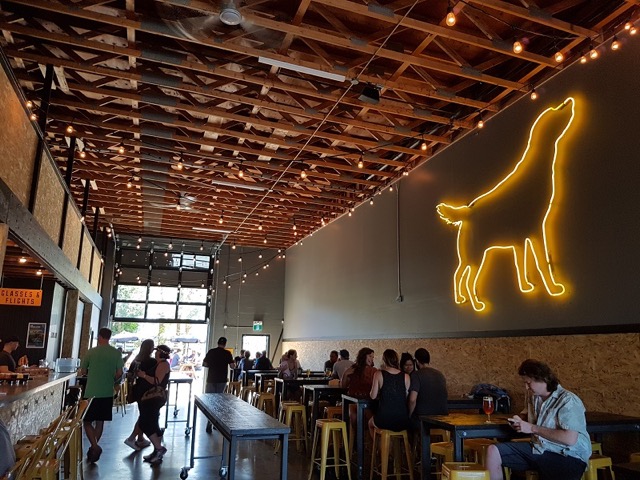 Yellow Dog came to the forefront in 2014, when their Shake a Paw Smoked Porter took home Gold in the Browns and Porters category and the Best in Show award at the BC Beer Awards. That, along with a quality series of core beer, has given them a lot of momentum. If I had to pick two favourites, I’d go with Chase My Tail and High Five.

Chase My Tail is a delicious, well rounded pale ale, and High Five is juicy and flavourful, probably one of the best Hazy IPAs in the region.

In a lot of ways, Twin Sails and Yellow Dog are the perfect next door neighbours. While Twin Sails is more of an edgy group, continually experimenting with new things, Yellow Dog offers a wider selection of excellent core offerings in a family-friendly atmosphere.