This post is part of our ongoing series, Canadian Wine — specifically, Canadian wineries and the remarkable wines they produce. Today, Meaghan Carey takes us to Avondale Sky Winery on the edge of Nova Scotia's Annapolis Valley, where the unique climate and terroir contribute to award-winning wines.

There are many beautiful drives in Nova Scotia; however, the pastoral quaintness of the rolling hills and farms that greets you as you travel to the rural community of Avondale is truly special. Contrasting the farmland is the red mud shores that lead out to the Bay of Fundy, with tides that change quickly and dramatically. The first time you visit the Avon region it's easy to see why Stewart Creaser and Lorraine Vassalo fell in love with the area the first time they took a drive to this rural area on the edge of the Annapolis Valley looking for land to build their dreams on.

Creaser and Vassalo, owners of Avondale Sky Winery, decided after many years spent in demanding careers that it was time for a change. A rural life, working with their hands, was the change in career path they were seeking. Their dream was “… to own a beautiful little vineyard and spend our days relaxing while working in the fields. And we did for a while.”

The vineyard of Avondale Sky was planted in the 1980s on the site of a former dairy farm. The gentle southern slopes nurture the planting and growth of over 20 acres of vines. The vineyard is surrounded by the ever-changing tidal landscape of the St. Croix and Avon Rivers, rolling hills, and the panoramic Avondale sky. While the dramatic effect of the Bay of Fundy's highest tides in the world is well known, the climatic effect of the Bay is equally substantial. 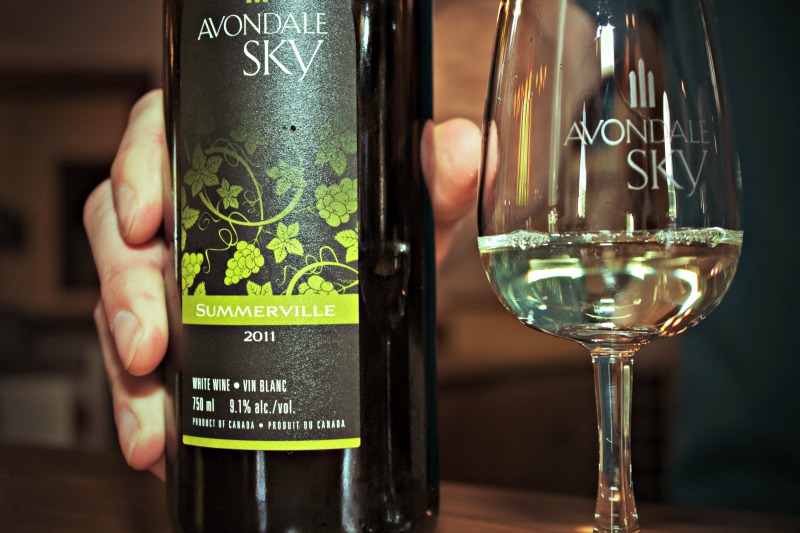 The Avon Region Valley is truly a unique micro-climate within the Annapolis Valley that's very favourable to growing grapes. As the tides rise in excess of 45 feet twice daily, the flush of water fills the rivers adjacent to the farm and winery. In the winter, the moderating effect of the water ensures the winter low temperatures in Avondale can be up to five degrees Celsius warmer than temperatures three miles inland. Just that slight increase in temperature greatly increases survivability of vinifera vines through the cool winter months.

In addition to the unique climate of the Avondale Sky vineyard, the area also has a unique topography with gypsum very close to the surface. The influence of gypsum in the soil creates a distinct flavor profile of the grapes.

From thinning to harvest, most work in the vineyard is carried out by hand ensuring the most gentle care is afforded to the grapes. Production per acre is limited to an average of 2.5 tons to allow for the best flavours, highest sugar levels and a true representation of the Avondale terroir. Their viticultural practices adhere to these principles of low yields and hand-harvested fruit, with the vines trained employing vertical shoot positioning on trellises laid out in a north-south orientation. 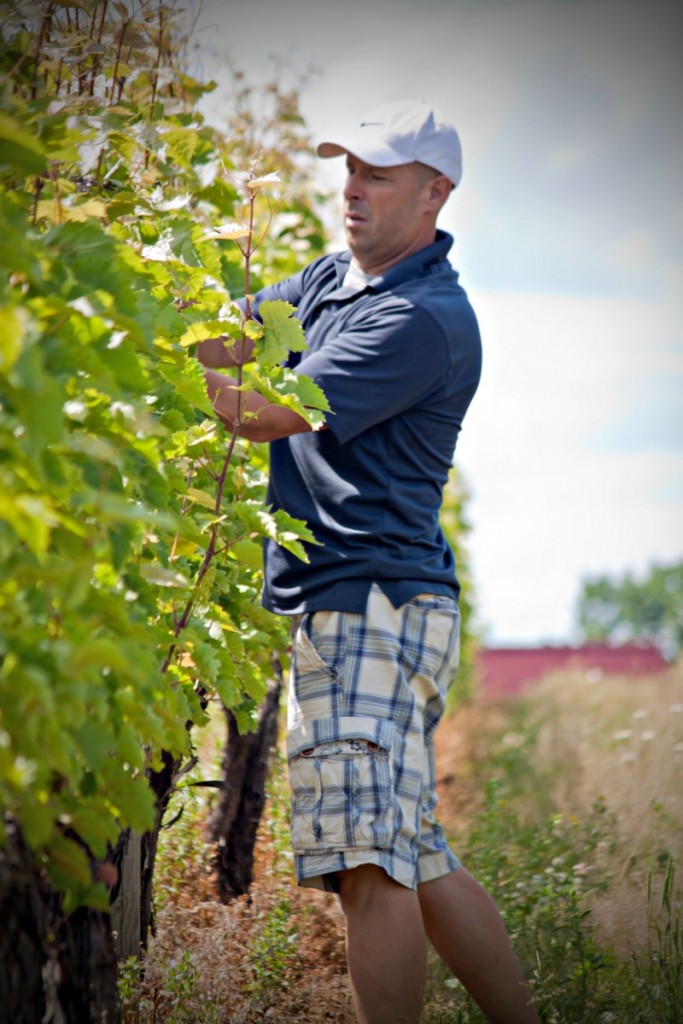 As the vines began to respond to this gentle care and the quality of the harvests was improving, Creaser and Vassalo decided to take the next step in their journey, establishing a winery in 2009 and hiring head winemaker Ben Swetnam. The winery is dedicated to producing high quality, limited quantity lots in the most sustainable manner possible. While production has increased steadily since 2009, Creaser and Vassalo envision Avondale Sky as a boutique winery, with production never growing beyond 6,000 cases per year.

In line with the couple’s personal values, two restored heritage buildings are home to the winery and the Avondale Sky retail space. The primary wine production is carried out in a barn, which was built in the 1920’s on the dikes of the St. Croix River. The decades had not been kind to the structure, but the couple took the care and time to have the barn dismantled and moved ten kilometers to their farm. The barn was thoroughly cleaned, re-erected and given new life as a winery.

RELATED:  FBC is Proud to Partner with Mealshare

As word spread through the adjacent communities that Creaser and Vassalo had purchased the derelict barn, offers for them to purchase other barns and even abandoned churches began to flow in. While they were successful in declining these offers to purchase, the couple could not ignore an opportunity to save a deconsecrated church. When the couple first saw the former St. Matthew’s Church in Walton, Nova Scotia they felt that it was a most beautiful structure with a serene yet magnificent interior built in the style of carpenter gothic. All it needed was to be moved (42 kilometres!) and given lots of love.

Love was easy; moving it, not so much, but this wasn’t the first building they had moved. What was going to be different this time was that most of the 42-kilometre move was by water. The church had to be moved in one piece because of the way it was built, which meant moving the church via the highway was not an option as it was too tall for the power lines it would encounter along the roadway. The church was, therefore, floated on a barge along the Avon River from Walton to the harbour in Avondale, then moved up the hill to its new home at the Avondale Sky Winery.

As one can imagine, the floating church captured local attention and even international media attention. The complicated move was well worth it for Creaser and Vassalo, who believe that after careful restoration the former church lends a serene, welcoming atmosphere to the winery’s retail space.

In essence, as we began our new careers and lives at the winery, so did the many pieces of it.

In the short time Creaser, Vassalo and their talented team have been producing wine they've had some remarkable achievements. In 2014 they were one of the inaugural winners of the Lieutenant Governor’s Award for Excellence in Nova Scotia Wines, and in 2015 and 2016 were named the Winery of the Year at the Atlantic Canadian Wine Awards. In 2016 they also won best in class designation and a double gold medal at the All-Canadian Wine Championships for their version of the province’s first appellation, Tidal Bay, as well as a Lieutenant Governor’s award for excellence.

SUBSCRIBE TO GET YOUR FREE SPICE BOX EBOOK
You are subscribing to the FBC Food Lovers Newsletter.
You can unsubscribe any time!
Click Me
90shares