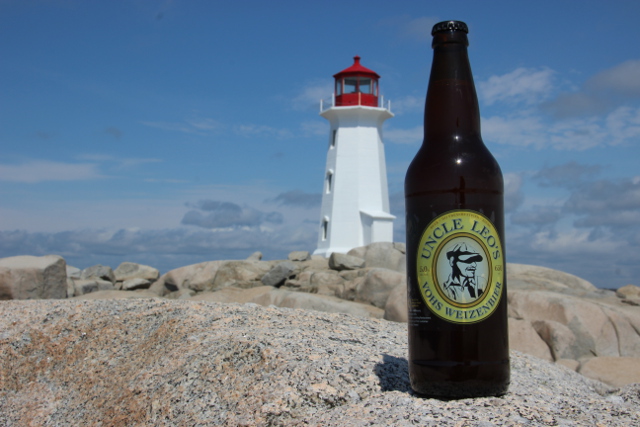 After a the long hard winter Maritimers' focus has changed from shovelling snow, frozen toes and binge watching Netflix to the three B's. That would be barbeques, beaches and bonfires. This month I'm looking at a couple of easy-drinking beers that trace their origins to Bavaria and that I love to drink during the warmer months.

Karl and Rebecca Whiffen opened Uncle Leo's brewery in Lyons Brook, Nova Scotia in June 2013. They have produced many great beers but none more successful then their Atlantic Canadian Beer Awards Gold Medal seasonal Vohs Weizenbier. The name is a tribute to Matt and Brenda Vohs whose restaurant, Piper’s Landing, was Uncle Leo's first customer to put them on tap.

Weizenbier ("wheat beer") is made by replacing a significant portion of the malted barley with malted wheat, leading to its name. Special yeasts are used, giving these beers a banana and clove taste.

Vohs pours straw-coloured with a haziness and a lovely white head. Its aroma is cloves, bread, yeast and bubble gum. The taste is no surprise, revealing cloves, banana, sweetness and a nice amount of carbonation.

A perfect beer for sunny days and barbeques. 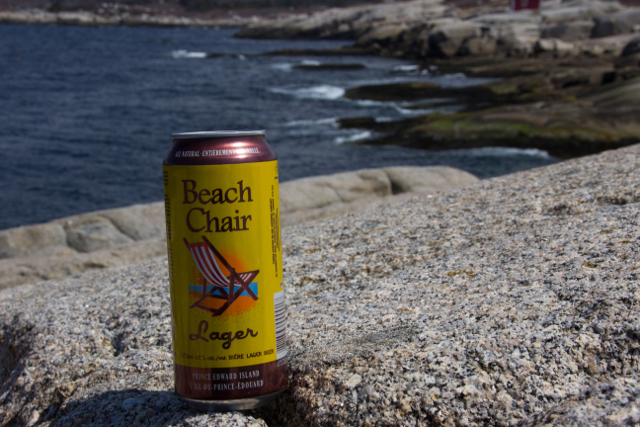 PEI Brewing sprung from the success of Gahan House brewpub and produces cans and bottles of beer in its Charlottetown plant. The lager is all-natural with no additives or preservatives and is fermented at 12 degrees Celsius and cold conditioned for two weeks. It also boasts being the first canned beer in Atlantic Canada.

Generally beer before the Middle Ages referred to ales. German brewers who stored their beer in ice caves discovered the cold temperatures made the suspended yeast cells fall to the bottom, clarifying the beer. Later on a yeast evolved that could live at colder temperatures and ferment the brew over a longer period, and lagers were born.

Beach Chair pours straw-coloured and clear with a nice head the dissipates quickly. The aroma has a bit of sweetness with some grassy and hoppy notes. The taste is very mild with a little malt and a bitter aftertaste.

A nice easy-to-drink beer to quench your thirst for those hot summer days.

Todd Beal follows the craft beer scene closely in the Canadian Maritimes and reports on it weekly on his blog, Maritime Beer Report. He is asked to comment frequently on television, newspapers and magazines as a craft beer expert. He can be heard Friday afternoons on News 95.7 commenting on beer. Visit his blog and follow him on twitter @MaritimeBeerRpt.