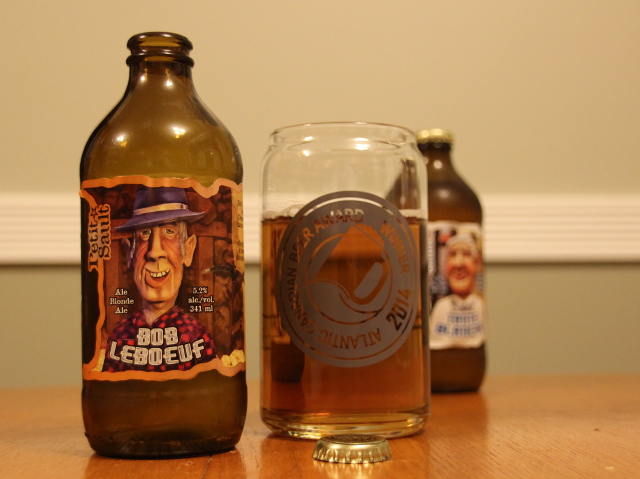 Beer names can be many things, it can be clever, funny, informational or in the case of this month's two New Brunswick beers to pay homage to historical figures from the area.

Les Brasseurs du Petit Sault from Edmundston, New Brunswick started in the summer of 2014 and from the beginning wanted to honor local characters and legends on their beers. Communications Director Mychèle Poitras explains that they always had two goals in mind in the development of their new beers. "We always said we absolutely wanted to create quality beers that people would ask for time and again. We also said that our beers should tell a story... the story of our area. After much discussion and brainstorming, we quickly reached a consensus when we decided to honour our area's legendary characters... people who, in some way, captured the imagination of local residents."

Bob LeBoeuf is their award winning flagship Belgian Blonde Ale. The artwork on the retro stubby bottle is done by a local artist and is very distinctive. Bob LeBoeuf was a bit of an eccentric and a legendary prospector who spent his life digging for precious metals in the mountains surrounding Edmundston.

The ale pours light golden in color with a small foamy head and slight haziness. The aroma is a malty sweetness and a trace of earthiness. On the taste there is malt and sweetness that finishes with a slight bitterness and spiciness. Finally the body is average with good carbonation. 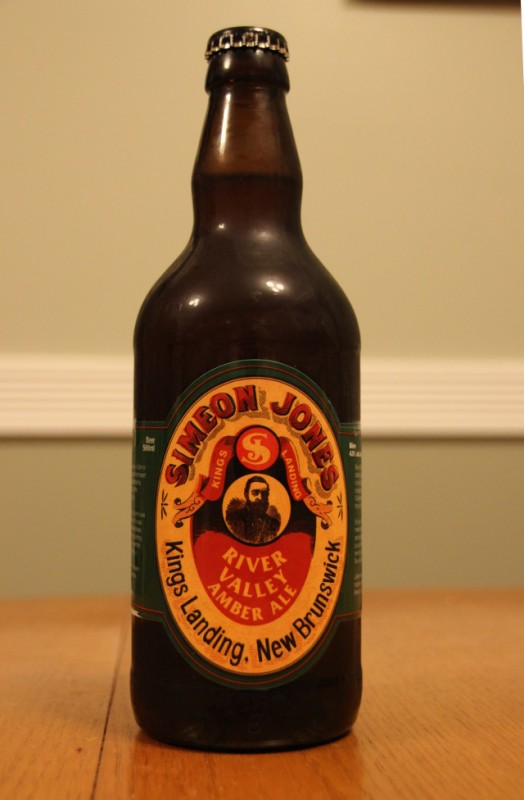 Picaroons opened in 1994 in Fredericton and went bankrupt in 1999 for reasons other than beer quality. The Sean Dunbar reopened the brewery in 2001 and has never looked back collect many awards for its beer and Canadian Brewery of the year in 2011.

Simeon Jones left the family farm and went to work for a brewer in Saint John. Jones purchased the brewery in 1860 when his employer retired and his ale became known throughout the Maritimes. In 1881 he became mayor of his adopted city of Saint John and was remembered for being a gentleman, his generosity, charity and kindness. Many years later, his brewery was bought out by the Oland family for Moosehead breweries which is still on the same site today. Simeon Jones may have been all but forgotten if not for Picaroons' homage brew which started in support of Kings Landing Historical Settlement.

The beer pours copper color with a slight white foamy head. On the nose there is malt and sweetness and a bit of yeast. It a good amount of carbonation and medium mouth feel. It has a malty, butterscotch and bread flavour with minimal aftertaste and a very slight dryness.

In my opinion it is a nice sessionable amber ale.