This week’s Canada’s Craft Beer post comes from our Eastern Canada craft beer guy, David Ort and he takes a look at wheat beers that push boundaries from Ontario and Quebec - just in time for patio season. 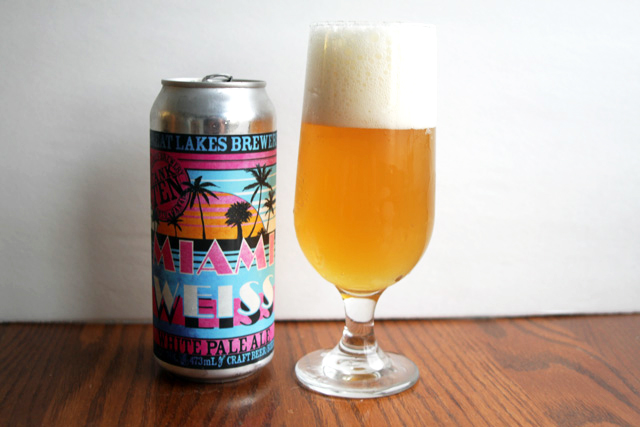 My early 20s were dark days for my taste in beer. Price was king and it was difficult to justify anything better than a bar’s “finest cheapest” offering. But the dreariness started to clear the first time I tried a wheat beer on a muggy summer day.

It was probably festooned with a slice of orange (please, don’t do this), but was also brightly flavoured and clearly made the case that some beers are made for sunny patios.

Traditionally, wheat beers fell into one of two broad categories: German weissbiers and Belgian witbiers. Very broadly speaking, the first usually recalls banana and cloves and gets its accents from a special strain of yeast, while the latter is a bit sharper with flavours of the coriander and zest that go into the brew.

As is their general inclination, craft brewers in North America have made excellent beers that compare very well to centuries-old European standbys when they're judged on traditional criteria. Equally in time with the craft brewing drumbeat, they've also wildly reinterpreted the idea of wheat beers. This month, I’m going to have a closer look at two examples of wheat beers that push the boundaries of what the name means.

Right in the name of Great Lakes Brewing's Miami Weiss there's an important lesson about German wheat beers: Always pronounce the “w” in “weissbier” as a “v” or you risk a roomful of beer aficionados with raised eyebrows.

As soon as the tab on the can is pulled the striking aroma of citrusy hops makes it obvious that this is an American-style take on wheat beer. The appearance is fairly weiss-like: a cloudy, pale gold beer with plenty of fluffy white foam. But the aroma lays tangerine and grapefruit peel on top of the usual banana esters. The citrus really opens up with a first sip and the moderately bitter, piney finish underlines Miami Weiss’s hop-driven backbone.

It’s great to see that this beer now comes in cans, the beer package of summer.

This strong, Belgian-inspired wheat beer from Unibroue is on the opposite end of the spectrum. Just keep repeating “this beer is almost as strong as white wine” as you work your way through the bottle.

The moment this beer hits the glass it does bear a passing resemblance to typical Belgian-style witbiers. But the head fades much more quickly than usual and the darker amber-gold body becomes more obvious. The aroma balances ripe orchard fruit (pear and apricot mainly) against cloves and bready yeast. There are flavours to echo all of those notes, plus a shot of zesty hops to cut the bread and fruit.

Despite the beach imagery and magnetic attraction to patios, summer still does have some cool evenings and that’s where Don de Dieu will truly shine. This is a world-class beer that truly demonstrates how capable wheat beers are at a covering a wide range.

ABV 9% Available in ON and QC.