This week’s Canada’s Craft Beer post comes from our BC craft beer guy, Bryan Clegg. Today he gets into the Halloween spirit and treats us to several pumpkin beers (that's no trick!) from Howe Sound, Fernie, Cannery and Phillips breweries. 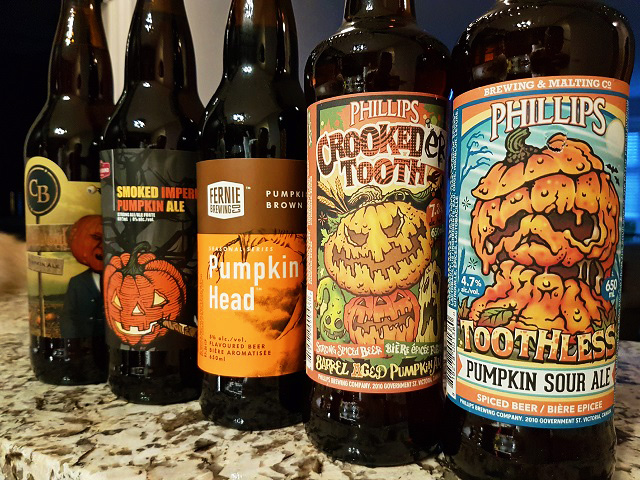 It’s mid-October, pumpkin season is in full swing and Halloween is coming up fast. That means three things:

I wrote about Pumpkin Beer last year, so there isn’t much I can give you this month when it comes to history/backstory. But I’ve got a lot of beer to get through, so I’ll just hop right to it.

Howe Sound produces the most famous of all BC pumpkin beers: Pumpkineater. This year I spied a smoked version of that beer and knew I had to test it. Smoked beers are really hard to balance. Steel & Oak produces one of the best smoked beers I’ve had in their Smoked Hefe, but it isn’t at all uncommon to take a sip of a smoked beer and taste nothing but ash. Thankfully, Howe Sound got this one right. The smoke is strong on the nose, but the taste is well balanced. Smoke up front, with plenty of spiciness and a bit of sweet pumpkin. A well made smoked beer. 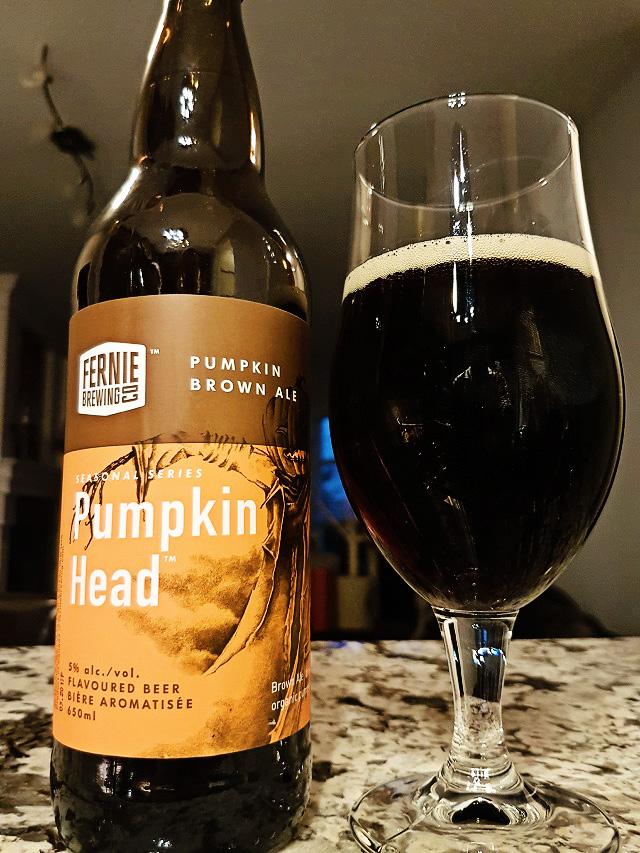 This pumpkin brown ale from Fernie pours the darkest out of the group this month. Dark with a relatively minimal head. The aroma consists of the typical spices: cinnamon, nutmeg and cloves. Taste is a nice blend of malty brown ale and spices. 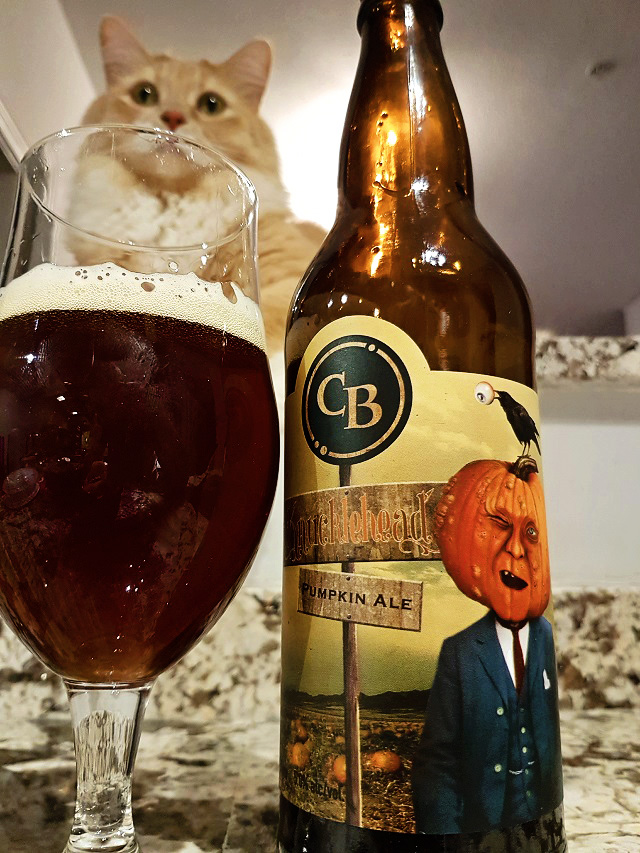 Much like the Fernie beer, Cannery's Knucklehead is also based off a brown ale. The pumpkins for this beer are roasted with brown sugar. The ale has a dark amber pour with off-white head. The aroma is filled with the standard pumpkin beer spices. Taste is more of the typical pumpkin beer fare, with a touch of sweetness. 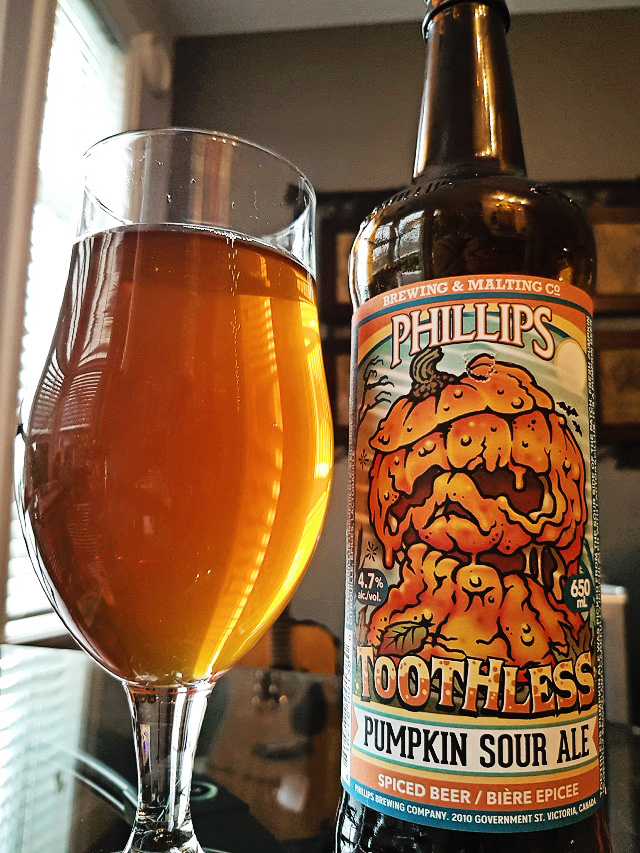 This one from Phillips Brewing caught my eye right away — a SOUR pumpkin ale made with lactobacillus? That’s certainly new and different. So of course I had to try it. Pours copper with a white head that disappears faster than the kids when it’s time to do dishes. Aroma is tart with bits of spices. Taste is tart … very tart. To the point where I had to let it warm up a bit before I could taste anything else. Once a bit warmer, the other flavours come out and I started to enjoy it a bit more. The typical pumpkin spices are there for those who wait, but I can’t help but think the sour in this one is a little bit strong for the pumpkin side. And this is coming from a guy that really digs sour beer. 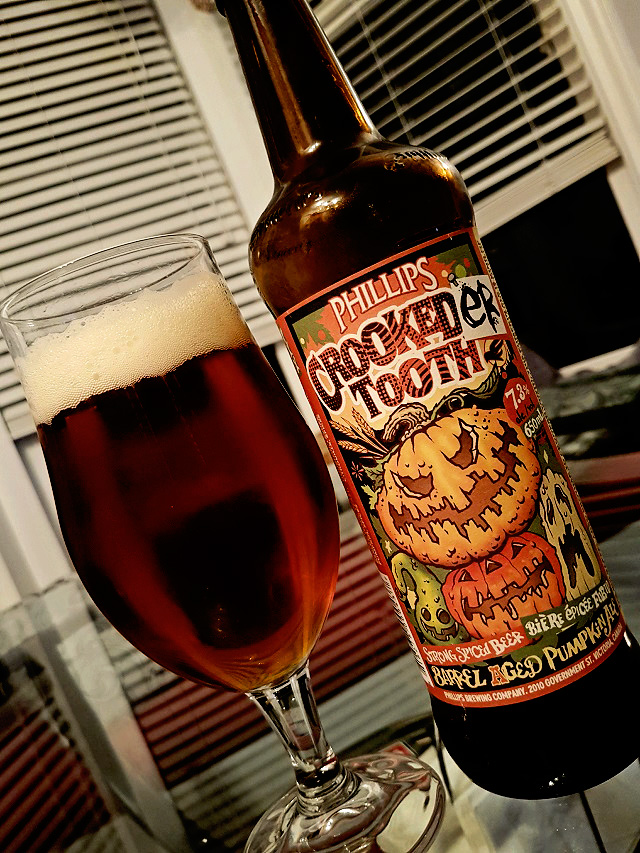 Crookeder Tooth is known as the big barrel-aged brother to the more lightweight Crooked Tooth Pumpkin Ale. I’m a sucker for barrel-aged beers of all sorts, so this one basically had me at hello. Pour is dark amber with a nice off-white head. Aroma is spicy-sweet, vanilla, and whiskey. Taste is similarly themed, with cinnamon, nutmeg, cloves, sweetness, vanilla, pumpkin and a touch of bourbon. Comes off like an alcoholic pumpkin pie. My favourite of this year’s batch.