Where were you born? Fredericton New Brunswick

Where are you living now? Toronto, Ontario (mostly)

Why did you start your blog? Originally it was an experiment in the emerging technology (I started my blog in 2004), and a way to communicate with my family while I was on the road for 4 months working on CheapEats Ottawa.

How did you decide on your blog name? I polled my blog readers.  When I started my personal blog I had been writing it under the name “Letters from Lex”.  But when I sold the blog I was hosting it under and needed to get a new URL, I decided I might as well go for a new name in the process.  Unsweetened.ca was the favourite and I felt reflected how I write, without any added sweeteners.  I introduced unsweetened.ca on June 13, 2006, over 2 years after the blog began.  You can see the process through this series of posts (if you are interested)  It turns out that naming is hard...  which generated this... which evolved into this.

What do you blog about?  unsweetened.ca is my playground where I blog about food, recipes, cooking, my life as Chief CheapEater, photography, Toronto - my urban home, the island - my rural home, holidays, random protests I encounter.  It’s messy and fun.  I have and have had other blogs for specific areas of interest - business, restaurants, books, culinary travel etc.

What post are you most proud of and why?  Wow... what a great question.  In fact, the toughest question you’ve asked. I think the one I am most proud of is the tribute post I wrote when my step-mother died.  It was a challenging relationship and finding the right words to honour her was both cathartic and heart-wrenching. I’m proud of the post because I feel I was able to share that while honouring her memory. (And there are lots of food references too) 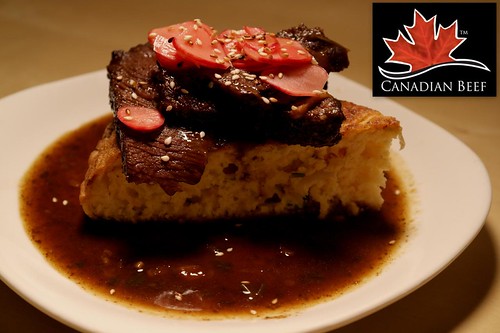 Which post’s success surprised you and why?  The post/series I did about Longo’s daily deals.  I was their Taste Ontario brand ambassador for 6 months and since I’m a restaurant critic in my day job, I thought it would be interesting to spend a week eating their daily deals for dinner and writing about it.  I’m surprised by how much traffic that series still gets daily. 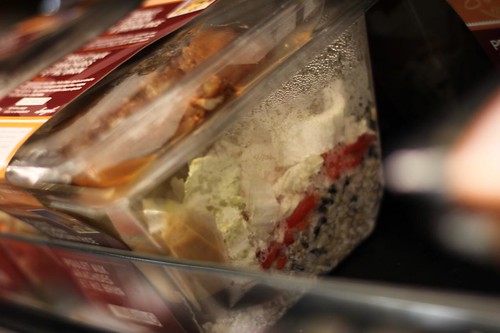 What is one (non-kitchen) gadget you can’t live without?  My camera.  Doesn’t matter which one really, but haven’t spent over a month alone on an island with no access to the internet, my camera rapidly became my best friend and we had some great times.  Sadly I only had one teeny tiny memory card for the entire time so the photos from that time are very limited.  but it was really the taking ofthe photos and working with the camera that gave me great joy.

What is one kitchen gadget you can’t live without?  I’m going to assume that a knife is not considered a gadget.  Right now I’m pretty attached to my Aeropress. It makes fantastic coffee.

Favourite food, care to share a recipe?  Lemons are a perennial favourite of mine and one that I’ve been craving all month. The best recipe I have for lemons is my Lemon Tarts.

What else should we know about you that may or not be in your “About Me” page?  I’ve spent a month alone on an island in winter waiting for the ice to form on the river. I’ve also spent a month living there alone in September, but that’s much less interesting since I could cross anytime I wanted to.

What makes your blog unique?  I think the most interesting part of the blog is the juxtaposition of posts from a fully urban life in downtown Toronto to a fully rustic life on an island off-shore, off-grid and mostly off-line.   Culinarily that means one day I’m talking molecular gastronomy and the next I’m making bagels over an open maple-wood fire I built.  Gerry says “it’s pure, undiluted, unsweetened Alexa”