This week our Canadian Craft Beer post comes from our BC craft beer guy, Bryan Clegg. Today Bryan continues his travels in BC, stopping in the town of Golden between the Rocky and Columbia Mountains to visit Whitetooth Brewing.

At the confluence of the Kicking Horse and Columbia Rivers, lies the picturesque town of Golden, British Columbia. Situated in the Rocky Mountain Trench, between the towering Rocky and Columbia Mountains, this former railway and logging town now enjoys a robust adventure tourism industry.

So it may come as a surprise that, until very recently, Golden didn’t have a brewery that called it home. But no town is immune to the craft beer craze, certainly not one as well known as Golden. Enter: Whitetooth Brewing. The brainchild of Mark Nagao and Kent Donaldson (with Evan Cronshaw coming on board early on), Whitetooth was created to fill that need. 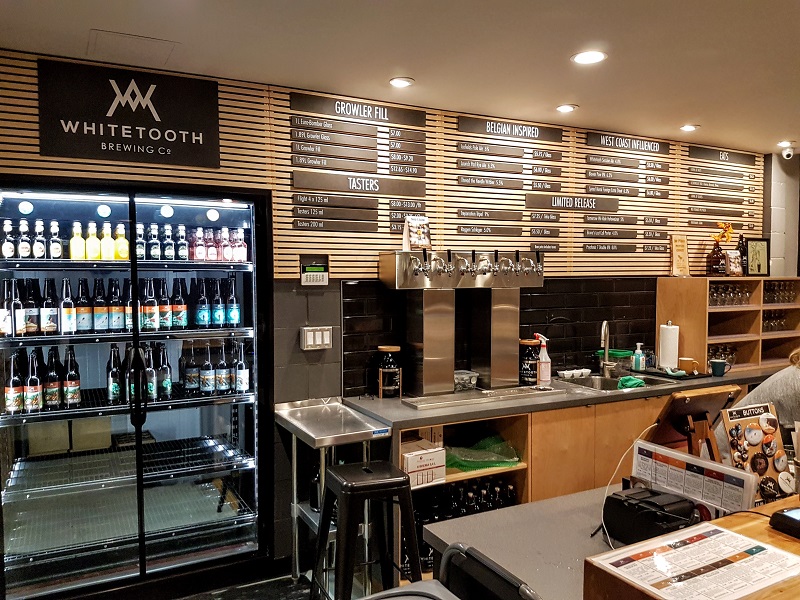 One thing that immediately stands out when visiting Whitetooth is how nice the facility is. Everything is super clean and shiny, you can feel the newness of it as you walk up. This is a little bit atypical, as a large portion of breweries start off in rental space in an existing building. But that wasn’t an option for Whitetooth.

“We soon discovered there were no appropriate buildings for a commercial brewery in Golden in a desirable location,” Kent says. “We decided then to build a purpose-built facility on a strategically located commercial lot next to the ski hill road in downtown Golden.”

This location provides a perfect nexus point. Going skiing in the winter? Biking in the summer? Odds are really good you’ll drive by Whitetooth. And on the way back, why not stop for a drink? Even the popular Kicking Horse Pedestrian Bridge is just around the corner, offering yet another way to tap into local tourism.

Not content to nail it on both location and facility, Whitetooth also brought in Hired Guns Creative to do their label design. If you’ve read my interview with Leif, you’ll know I’m a big Hired Guns fan, so of course I approve of that decision. And look at those labels — they’re excellent.

But even with everything else looking so good, there’s still one more thing, the most important part — the beer!

“We focus on Belgian-inspired and West Coast influenced beer styles which gives us a lot of flexibility to experiment and which allows us to offer a wide range of flavours,” Kent says. 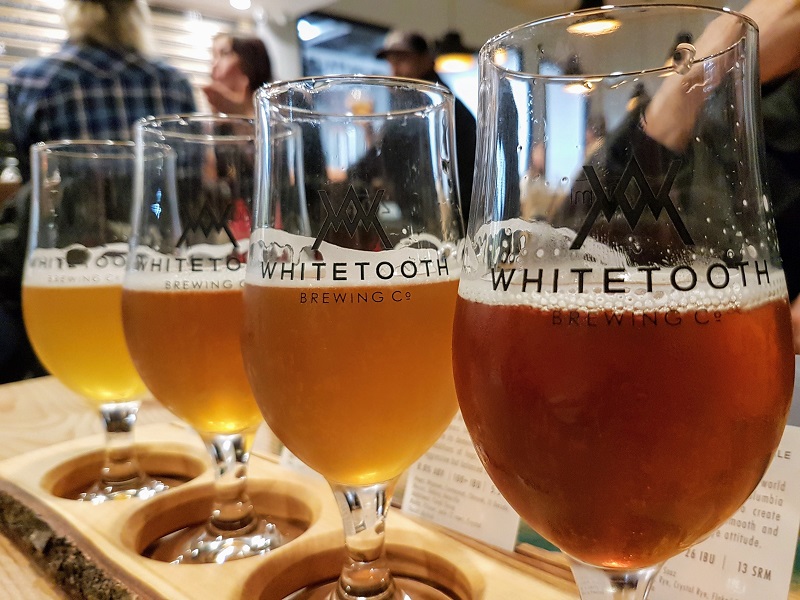 I had the opportunity to sample a handful of their beers when I visited in October, and I have to say, while none of what was available blew my mind, none of them were bad, either. And I actually think that’s a good sign. It’s all too common to find at least one, if not more, lame beers tucked away in a new brewery’s lineup. Even an established brewery isn’t immune to putting out duds. But consistency is valuable, both in capturing an audience and keeping it. Especially when branching into styles that aren’t as well known in the area.

But it seems to be working, as Kent noted, “We have been pleasantly surprised to see how popular the Belgian-inspired beers and the higher gravity beers have become in a small town in the NE Kootenays.”

Lastly, I wanted to give one last shout out to Whitetooth for their work in the community. I believe to really connect in a community, it's important to do more than "just" make beer. I look at Steel & Oak as a perfect example of a brewery that’s done a great job becoming a part of the community by participating in it. And Whitetooth is following in that mould, too.

“Giving back to community is built into our business plan.  Right from opening, we’ve been involved in a number of sponsorship and charitable events in the community.  Our preference is to support non-profit causes which to date are: Royal Canadian Legion, Golden Food Bank, Golden Opportunities for Refugees, VW Camper Van Jam supporting Little Mittens Animal Rescue, Golden Fire Rescue, Emergency Family Fund through the Rotary Club.

"Whitetooth Brewing was a sponsor of the Kicking Horse Country Chamber of Commerce Community Excellence Awards in October 2017, and is a Champion sponsor of a Live Kicks concert this upcoming winter held by Kicking Horse Culture, our key anchor in Golden’s arts community.” 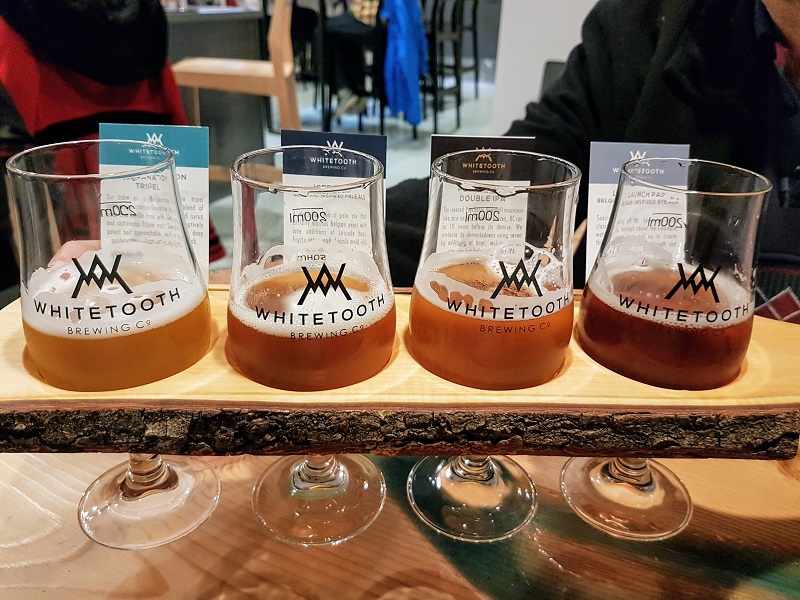 With all that in mind, it's impossible not to root for them to succeed.

Whitetooth has certainly done everything right so far, from the setup, to the beer, to the community involvement. They’re definitely more than just a quick "stop and forget about it" location just off the Trans-Canada Highway. As they grow and mature, I’m looking forward to seeing where they go from here.