This month on Kitchen Geekery, Dr. J. pits Baking Soda against Baking Powder... or does she?  They really are different as you'll see in this month's Kitchen Geekery where we look at kitchen science! 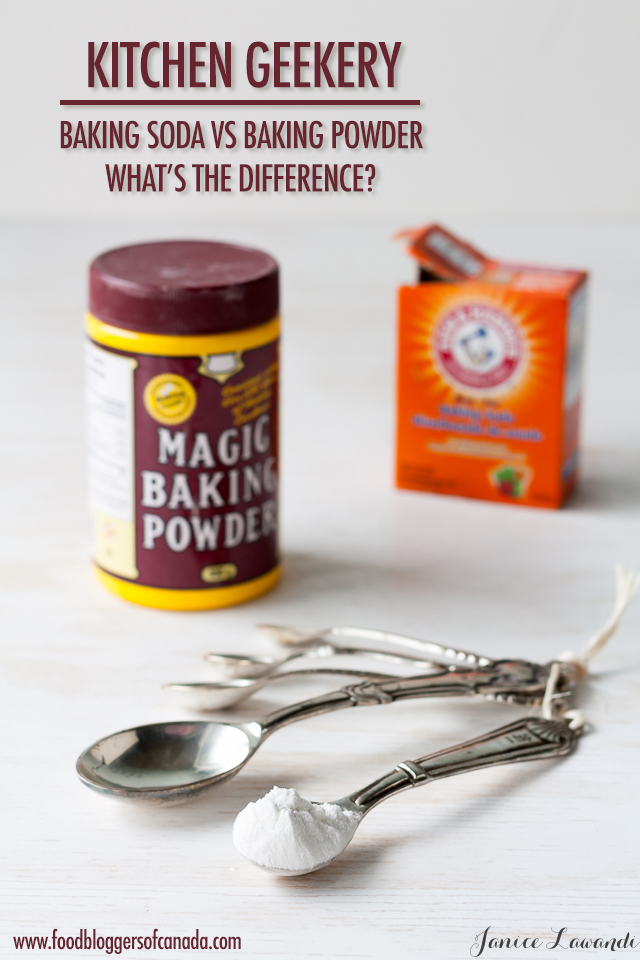 What is baking soda?

Baking soda is a chemical leavened - sodium bicarbonate (NaHCO3) to be exact. From observing cake recipes, you’ve probably noticed baking soda is often used alongside acidic ingredients, like buttermilk, vinegar, yogurt, etc. The acid reacts with the bicarbonate (an alkaline agent) releasing a gas (carbon dioxide) into your cake batter as it bakes (along with a salt). It’s chemistry! The result: your cakes rise from all the gas bubbles released into the mixture. As a rule, 1/2 tsp baking soda is needed for every cup of buttermilk or every teaspoon of vinegar or lemon juice.

What is baking powder?

Baking powder contains sodium bicarbonate (baking soda) along with a few additives, namely an acid (or two) and cornstarch. The cornstarch is there to absorb any moisture in the container of baking powder and prolong the shelf life of the powder.

The acid is necessary for reacting with the bicarbonate, forming carbon dioxide and giving your cakes that rising power. Depending on the acid present, baking powder can act quickly (as soon as it’s hydrated in your cake batter) or slowly (requiring the heat of your oven to form the gas that makes your cakes rise).

Why is baking powder sold as single vs double acting?

Magic Baking Powder, sold in many Canadian grocery stores, contains cornstarch, monocalcium phosphate and sodium bicarbonate. It is a fast-acting baking powder because the monocalcium phosphate reacts with sodium bicarbonate within minutes of the baking powder being mixed into the cake batter. It is also “single acting” because it contains one type of acid and one alkaline agent.

On the other hand, some baking powders are “double acting,” meaning that two acids are present: a fast acting and a slow acting. The fast acting acid reacts quickly with the bicarbonate as soon as it’s added to the batter, while the slow acting acid requires heat to react. This is especially useful if you plan on storing cake batters in the fridge for some period (as is customary in many restaurants and bakeries). The fast-acting acid is quickly consumed (those initial gas bubbles might even dissipate), but once those cakes hit the oven, the slow acting acid will react to give your cakes another chance to rise. Generally, a teaspoon of baking powder is needed for ever cup of flour in cake recipes.

Why do you have to add much more baking powder than baking soda?

So, if you are using baking powder, you will need to add a lot more powder to your recipe than baking soda to get the same volume of cake batter to rise.

And when do we need both baking soda and baking powder?

If you would like to learn more about baking soda and see how a little extra can completely change how your cakes look and taste, check out this post I published on my blog earlier this year.

Kitchen Geekery is written by Janice Lawandi.  Janice is a PhD-chemist-turned-baker, which is why she loves to use science to understand and solve problems in the kitchen. She is currently working as a recipe tester and writer in Montreal, QC. Visit Janice’s blog, Kitchen Heals Soul, for more baking science and inspiration. You can also follow her on Facebook, Twitter, and Google+.

This was really interesting to read Janice!

I always wondered how the ratio of baking powder and baking soda was calculated in a recipe. Thanks for the information.

I usually use only Magic baking powder. When I lived in the states as a kid my Canadian mother always brought a years supply of Magic baking powder back from Canada because it was not available in the US.
Anyway, all the stores are out of Magic, and I don’t see another brand with the same ingredients. Any suggestions for substitute? 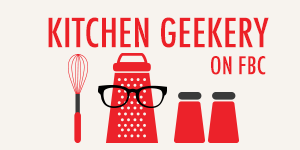