The Spice Box — Getting to Know Allspice

Getting to Know Allspice is part of a monthly series here on FBC called The Spice Box. Primarily written by Michelle Peters-Jones, these articles create a spice primer for new and experienced home cooks alike! 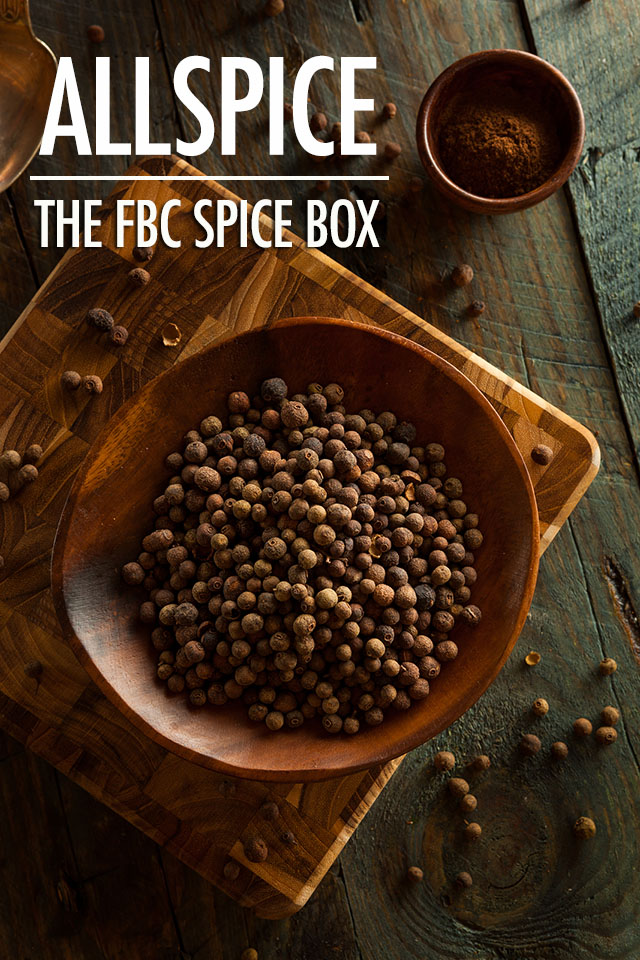 The first time I came across allspice, I was pretty confused. It wasn’t a spice I had grown up with and, to be honest, I thought it was actually a combination of a bunch of spices — allspice, yes? I learned fast from my mistake though, and today I can’t be without both the whole allspice berries and the ground version in my cupboard, and I can’t imagine a ginger cookie without the special aroma of this spice either.

Indigenous to the Caribbean, allspice berries are the dried, unripe fruits of the Allspice Pimenta plant, from the myrtle tree species. While native to Jamaica and the islands, allspice is also cultivated in Central America, as well as parts of Mexico and South America. The berries are picked while still green, and are dried. When dried, these berries resemble black pepper; hence they're also called Jamaica pepper or myrtle pepper. The British called it "allspice" because the flavour notes of this spice include cinnamon, cloves, nutmeg and juniper berries.

Culinary History and Use of Allspice 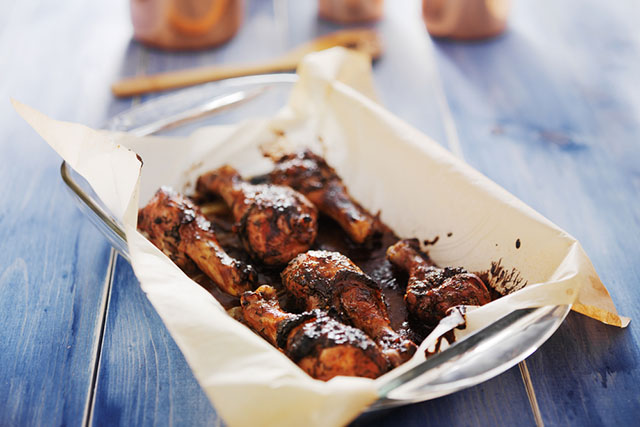 Both whole and ground allspice is a staple in the culinary history of several countries. While the spice itself is native to the Western hemisphere, it's used in the culinary traditions of countries across the world, notably in Caribbean, Mexican, Southern American, Middle-Eastern and, perhaps surprisingly, German and Western European cuisine.Allspice is mainly used for sweets and baking, but can also be used in savoury cooking, particularly in flavouring sausages. It's predominantly sold in its ground form; however, like all spices it retains its flavour better if you buy it whole and blend it as required for the recipe. The berries are lightly toasted before grinding into a powder, to activate their essential oils. Once cooled, they can then be powdered using a mortar and pestle, or a spice blender.

Allspice is one of the primary ingredients in Jamaican jerk seasoning, as well as in flavouring chilis. It's also used extensively in baking, particularly cakes, cookies and some spiced breads. It's an essential ingredient in pickling, and is also occasionally used in the popular Mexican dish, mole. In Middle-Eastern cuisine, allspice is also used as a flavouring for meat stews and in the very popular spice mix in the Levant, baharat, which can be used in a lot of dishes, including as a spice rub, marinade and a flavouring in some pilafs. The spice is also an ingredient in alcoholic drinks, particularly in mulled drinks and in liqueurs, including the popular Bénédictine and Chartreuse — try the gorgeous Singapore Sling recipe from the popular Slanted Door Restaurant: Modern Vietnamese Food by Charles Phan.

The leaves of the allspice pimento plant are also used similar to bay leaves, to infuse flavour into dishes. The wood from the tree is used as a smoking wood for traditional Jamaican jerk dishes.

Allspice is also used in herbal medicine as an antioxidant, digestive and purgative. Its essential oils are used in perfumes, soaps and as a deodorant. The wood is used in making old-fashioned walking sticks.

Did you know that the word "buccaneer" came about from the word "toucan" ­— a wooden frame that was used to smoke meat with allspice in the West Indies where a lot of pirate ships docked?

What have you made with allspice lately? Let us know in the comments and leave a link to a recipe on your blog so everyone can check it out!

Have a spice you'd like to see profiled? Let us know in the comments!