The Spice Box: Getting To Know Lovage

Getting to Know Lovage is part of a monthly series here on FBC called The Spice Box. Primarily written by Michelle Peters-Jones, these articles create a spice primer for new and experienced home cooks alike! 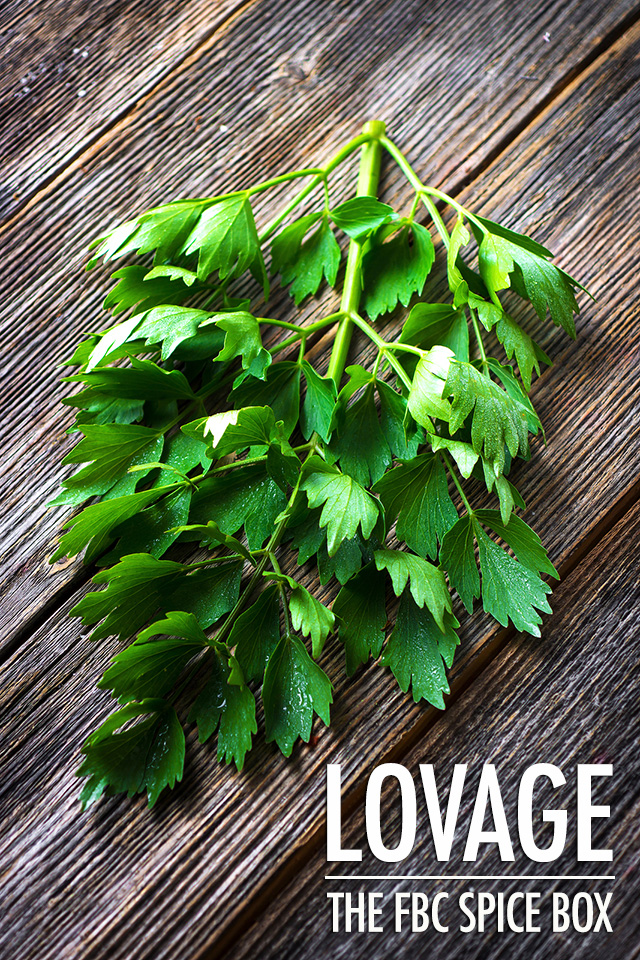 One of the advantages of having my partner run an urban farm is the variety of vegetables, fruits and herbs that I get to play with. The farm grows several different kinds of herbs, and while I'm familiar with most, occasionally I find one or two that I haven't used before. Last year, the volunteers grew lovage, and as one of the people tasked with cooking and showing people how to use the produce, I had to quickly learn about this herb and its culinary uses.

Lovage is a herb that grows wild in the Mediterranean region, but is usually associated with England because of its ancient history with the English botanical and herb gardens. It's one of the older English herbs, originally grown for its medicinal properties, but then slowly falling out of favour as herbal medicines grew obsolete. Today, it's still cultivated, but more as a niche culinary herb rather than one used in everyday cooking. I do, however, feel that it is underrated, and as heritage and ancient culinary traditions come back into fashion, lovage is certainly a herb that needs to be brought back into our kitchens.

Lovage is a perennial herb and is very easy to grow in your own garden. It can be grown from seed or from cuttings, and propagates fast. As many herbs do, it needs well-drained, moist soil, lots of sun, and can be grown outside or indoors. It can also be grown as an ornamental plant in rock gardens and beds. If growing outdoors, start your seedlings inside and transfer outside in early spring. If left unchecked, it will self seed in late summer. The plant itself looks a bit like a prettier version of celery with dill flower-like seed pods. The entire herb is edible, including the seeds, although it's the leaves and stems that are used most often in cooking.

RELATED:  The Spice Box: Getting to Know Marjoram

Flavour Profile and How to Use Lovage 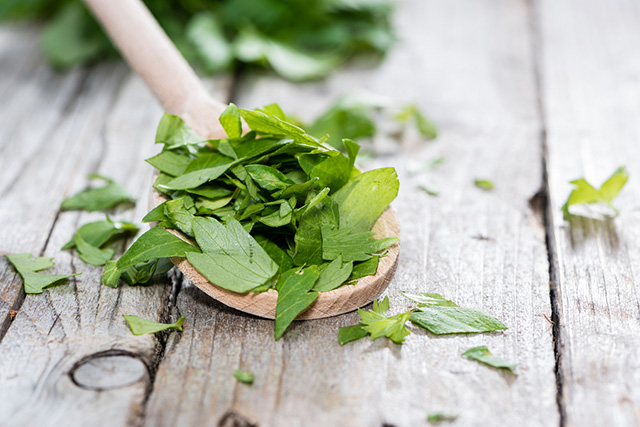 Lovage has an interesting flavour. Hugh Fearnley-Whittingstall, writing in the Guardian, compares it to "parsley and celery combined with a hint of aniseed and curry," definitely an unusual description, for sure. The flavour has also been compared to a weaker form of angelica, similar to juniper berries.

Lovage can be used as a substitute for both parsley and celery leaves, adding an intriguing note to several dishes. It's extensively used in French as well as English country-style cooking. It pairs well with most meats, vegetables, fish and eggs, though it's advisable to use it in small quantities, as it can overwhelm delicate dishes. Used as a light garnish, it adds a subtle aniseedy hint to salads and soups.

Lovage is well known for its medicinal uses, being used in a wide variety of herbal medicines for everything from rheumatism to being an aphrodisiac. Today it's used mainly in the confectionery industry, as well as in cosmetics and as an aromatic oil. It's also used as a remedy for colic in babies.

And finally, did you know that in old English medicine, an infusion of lovage was used to clear redness from the eyes? I can see this being particularly useful to disguise hangovers after the indulgence of the holidays.

What have you made with lovage lately? Let us know in the comments!