Where To Eat This Weekend: Ottawa

We’re back with Restaurant Roundup for 2015! This year’s theme: Where To Eat This Weekend. Every other week we’ll be profiling a different city in Canada with a list of great dining recommendations for you to check out — from fancy to hole in the wall and everything in between! With federal elections looming, today Don and Jen from foodiePrints take us on a tour of  Ottawa  restaurants as we check out where to eat in Ottawa this weekend. (or any time you're in our nation's capital!)

To many, Ottawa is a rather unlikely place for visitors to choose as a culinary destination.  Better known for its bureaucratic aspects (government and parliament), the Nation's Capital can surprise and impress.  Home to over a thousand farms, two culinary schools, and a recent explosion of restaurants, the sleepy government town serves up some exciting bites.

Brunch or Lunch In Ottawa 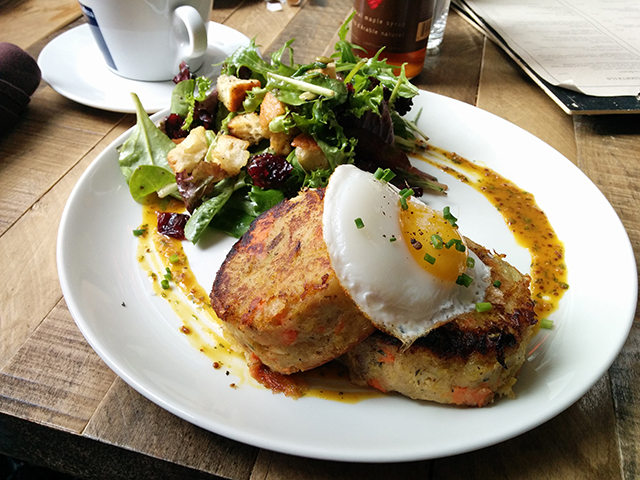 Hotel restaurants often have less-than-stellar reputations for their uninspired menus. However, The Albion Rooms at the Hotel Novotel stands out. Talented young chef Stephen La Salle kicks out an ever-changing farm-to-table menu that showcases local meats, vegetables, and cheeses to pair with house-crafted cocktails and some of the region's best microbrews. Friendly servers describe the Albion Rooms' food as contemporary Canadian cuisine with British undertones.  Its brunch might just be the city’s best-kept secret. Try the full English breakfast for two.  For a stellar vegetarian option, the bubbles & squeak takes a classic British leftover form to the next level.  Paired with a leafy salad, the patties of potato and root vegetables satisfy.

Situated in the west end suburb in Kanata, Kanata Noodles House is a casual and unassuming Vietnamese noodle soup house that's worth the drive.  Service is fast, friendly and the food is always delicious as evident by the packed lunch rush throughout the week.  It is also a popular spot for teenagers and university students.  In addition to traditional rice and vermicelli dishes and piping hot bowls of pho noodle soup, several dishes stand out, like the Banh Mi Bo Kho (beef stew with baguette), Bun Bo Hue (beef shank and Vietnamese ham in Hue traditional spicy beef broth with round noodles) or Hu Tieu Bo Kho (beef stew with rice noodles).

Dinner Out In Ottawa 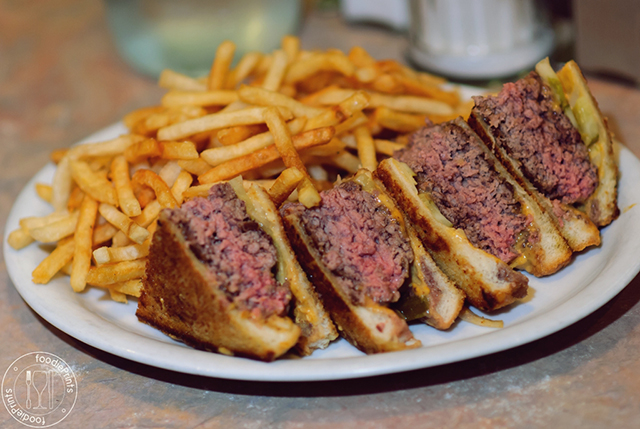 The venerable Mellos may hail from a different era (a 1970s diner that originated in 1942), but the food has under gone a revolution thanks to chef Michael Franks.  On the one-page menu, you’ll find creative ethnic-inspired fare like pork dumplings, chicken katsu sandwiches, battered and friend Brussels sprouts, and arguably the best patty melt in the city.  Franks sources his beef from within the city limits, O'Brien Farms.  The best seats in the house are at the bar, right in front of the ancient gas stovetop and grill.  Watch Franks and his sous churn out one magical dish after another while you chow down on that patty melt.  You will want to return to sample the rest of the menu.  Save room for dessert, which border on the outlandish.

This locally-owned and operated restaurant by Chef Steve Wall and his wife Jen in the Wellington West Village was recognized by Air Canada’s enRoute magazine as one of the top 5 best new restaurants in Canada in 2013.  The one page menu at Supply & Demand focuses squarely on surf, with a bit of turf on the side, local and seasonal ingredients and in-house made pastas, all made with great care and love.  Desserts are a must.

Refugees and families fleeing conflicts overseas such as the Vietnam War and multiple civil wars in Lebanon saw thousands make Ottawa their new home.  And with them, they brought their cultures and introduced Ottawans to their cuisines, enriching the dining scene.  Such is why numerous Vietnamese noodle houses and Shawarma places line city streets.  More recent conflicts in the past decade or so resulted in a new wave of immigration, including families from Afghanistan and the surrounding area.  Today, you’ll find over a dozen or so restaurants serving Afghani food, with spiced rice, charcoal grilled meats, and traditional vegetarian fare.  Supreme Kabab House is a local favourite.  Try the generous lamb shank in tomato sauce, which is served with rice, fresh naan, and salad.

This cozy restaurant in the downtown core is a popular lunch destination for nearby office workers, but the dinner menu is where Chef/owner West De Castro really shines at Clover Food & Drink.  De Castro aims to serve simple and humble food while also showcasing ingredients from local producers, from farmer to confectioner and brewer.  Fish and meat are always cooked to perfection, seared, tender, and succulent.  Vegetarian dishes do not disappoint .  Soups are a daily feature.  Appetizers range from $6 to $12 and $20 for charcuterie.  Mains go from low to mid $20.  Try the in-house made chicken liver pate with crabapple jelly, apple sage, and crostini.

Fun & Odd To Eat In Ottawa 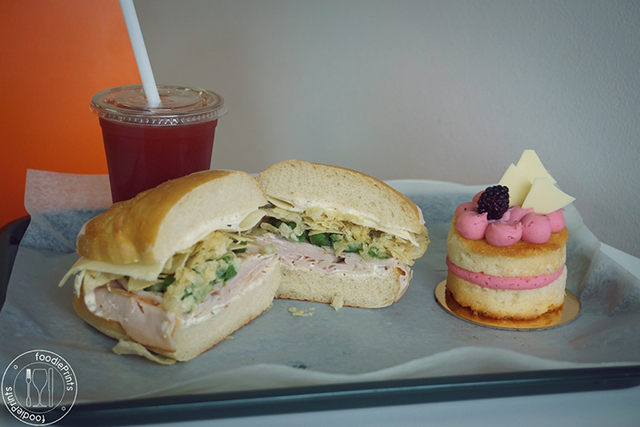 Pastry chef Michael Holland serves up pure whimsy in both sweet and savoury varieties at his pastry shop turned malt shop. Cake and Shake’s sweet desserts incorporate off-the-wall ingredients but it’s the decadent sandwiches that take the cake, so to speak. Inspired by childhood classics, hot and cold sandwiches are served on fresh-baked bread and topped with quality ingredients and potato chips. The cake menu changes weekly while the sandwich specials change every two days.  Sandwich combos come with a choice of dessert (upgrade to a cake) and a drink.

This popular and iconic deep-fried treat of the Ottawa Valley is about as Canadian as you can get.  Sold year round at its original ByWard Market location since 1980, line ups can be found at all hours of the day until the bars close at night regardless of the weather.  Enjoy Beaver Tails sprinkled with cinnamon and sugar or jazz it up with Nutella, whipped cream, jam, or other toppings.  You don’t need to wait for winter to enjoy this sinful pastry.

Aside from McDonald’s, Kettleman’s is the only dining establishment opened 24 hours a day in Ottawa.  Never closing, it is a popular visit during holidays.  This popular eatery in the Glebe makes over 6000 Montreal-style bagels daily in their wood-fire burning oven.  Whether heading to the movies, wandering the nearby shops, or catching a football, soccer, or hockey game, you won’t find a better place for a quick meal.  Their bagel sandwiches are classic treats.  Try their smoked salmon or gravlax with a warm sesame seed bagel.   The smoked and cured fish is prepared from a guarded recipe at Ottawa's Pelican Fishery.

Here are most great places to eat across Canada this weekend! Where will you be eating?

Don and Jen grew up in Ottawa, Ontario in a family where food was the centre of celebrations.  Don founded Ottawa food blog foodiePrints in 2006 with Jen coming on board as editor the following year.  foodiePrints initially started as a recipe blog, but quickly grew into a collection of stories and local restaurant reviews.  The team behind foodiePrints learned Ottawa prepared and served great food! From meeting restaurateurs, chefs, cooks, farmers and other local producers, they have been documenting it all, sharing with their readers around the world.

A lot of good food in this article. It looks like Ottawa has some fine dining everyone needs to check out.

Thanks for these ideas for restaurants in Ottawa to try out.