As we ease into winter with its long dark nights and dropping temperatures, brewers start making beers that are darker and boozier. This tradition goes back as long as beer has been made. These big, higher alcohol winter warmers and Christmas beers were made to go with the very festive time of the year that includes Winter Solstice, Christmas and New Years, as well as to warm the drinker. The interpretation of the style is varied: after the higher alcohol by volume (ABV), brewers bring a large variety to these beers by using different malts, yeasts and adding adjuncts like fruit, spices, molasses, chocolate and much more.

The beers I'm highlighting are from two fantastic breweries in my home province of New Brunswick, Les Brasseurs du Petit-Sault and Picaroons Traditional Ales. Both of these breweries are situated along the Saint River but have two completely different influences, with Petit-Sault having a Belgian influence and Picaroons British and American. 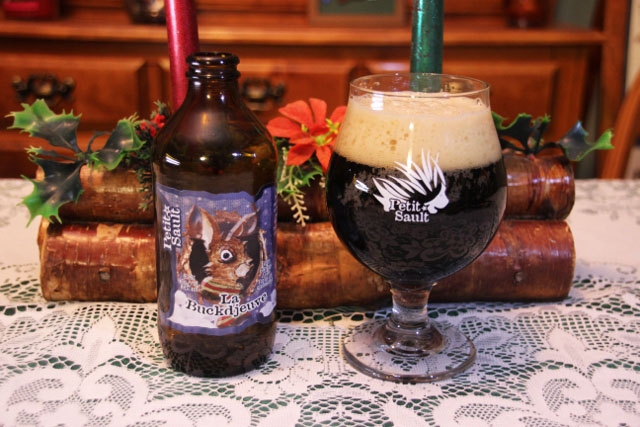 This festive brown ale from Les Brasseurs du Petit-Sault is an homage to a mythical creature that lives in the forest surrounding Edmunston, NB. The buckdjeuve has an ability to mimic sounds of woodsmen and loves beer. The ale is dark brown and has an aroma that's sweet and has chocolate, fruit and caramel. It has a distinctive holiday taste of spices, chocolate, coffee, bread, toffee and fruit. Besides having a ton of flavour it's nice and thick and at 7.3% ABV provides a lot of warming.

The sleigh label is a welcome sight for this beer in the fall each year as it appears. Picaroons' Winter Warmer is dark brown and has a strong aroma of toffee, fruit and spices. There's lots of flavour in the beer, bready, malty, and spicy with a slight dry finish. No alcohol burn despite the higher ABV and very drinkable.