This week’s Canada’s Craft Beer post comes from our BC craft beer guy, Bryan Clegg. Today Bryan gives us a guide to a practice that's becoming increasingly common: cellaring your beer. He tops that off with a report on his own vertical tasting of a Vancouver Island brew that's great for aging.

One of the great things about beer is it tends to be pretty great when you buy it. You don’t have to mix it up into a martini, you don’t have to decant it for an intolerable amount of time, and you don’t have to hide a $40 bottle in a dark corner because it actually tastes pretty bad until it’s been aged for a minimum of five years. Nope, beer is simple: buy it and drink it.

But that isn’t exactly true anymore. As the beer industry has grown and evolved, beer cellars are becoming increasingly common, and vertical tastings (side by side tastings of the different vintages releases of a beer) are a great way to experience how aging can change a beer over time.

So I’m going to attempt to put together a loose guide on the do’s, don’ts and maybes of beer cellaring. Then I’m going to top it all off with a vertical of my own.

Because nothing stays the same forever, dude.

Seriously though, seeing how beer ages isn’t just educational, it’s fun. And aging can result in some pretty serious improvements.

Let’s say you just bought a whiskey-barrel aged stout, but the whiskey flavour was so powerful you could barely taste what lurked underneath. Don’t fret, because you, being the smart person you are, bought a second bottle. Give that bottle a year or two (or five!) in a cool, dark place and try it again. Odds are that whiskey will mellow out and the beer will be far better balanced.

Which Beers Should You Cellar?

We’ve all heard about beer that’s gone off. An IPA that got forgotten in the beer fridge for eight months and turned into a hopless wreck of a beer. That’s because IPA isn’t really the kind of beer you want to cellar. Hoppiness is one of those characteristics that really needs to be fresh to be good. The longer it sits, the less hoppy it becomes. That said, there are hop bombs out there that age well (some American Barleywines start out really hoppy), but that’s about all I can think of.

In general, you want to target high ABV beers with big, malty flavours. Barrel-aged beers are a great choice, because as we noted above, the barrel influence tends to be much stronger when the beer is young.

Another great choice is beers brewed with Brettanomyces. Brett is a type of yeast famous for adding different, funky flavours to brews. And if you see a beer with brett involved, you can bet that beer will get even more funky over time. So funky, you’ll want to bust out the Jungle Boogie.

How to Cellar Beer

There are a lot of ways to age your beer, from building a proper cellar to finding a dark corner of your house and hiding boxes of brew there.

The most important thing is to keep the beer in a stable environment. A good temperature to aim for is serving temperature, and you want as little variation as possible. Large swings can play havoc with the aging process.

Darkness is also good, because light can mean heat, and UV light causes skunkiness in beer.

Small beer/wine fridges can be a good option; at least that way you can set a temperature and depend on it. But they suck power and need to be near a plug. That may not be an option for everyone. I have a fridge, but it can only hold about one-fifth of my cellared beer, so all I can really say is to do your best to find a stable environment.

Don’t buy just one beer and age it. Buy multiples. Try it new — it’s important to know what it tastes like new before you go and age it; how else will you know what effect the aging had? If it doesn’t have a date on it then put a sticky on it with the year/month, then hide it.

When you do a vertical beer tasting, start with the newest one first; doing it the other way around is just weird.

Finally, and don’t let this deter you, but the truth is not all verticals are created equal.

Recipes get tweaked, environmental conditions change, hops have a bad/great growing season … many factors can cause differences in a beer from year to year. But that’s part of the fun, because it can mean one vintage peaks after two years in the cellar, while another doesn’t peak till it hits three years.

I had the fortune of partaking in an Old Cellar Dweller vertical a few months ago; however, I don’t have any notes to share other than this: The 2010 was a-maz-ing!

But I couldn’t leave my readers hanging, so I did a new vertical just for you! (Tough life, I know.)

For this, I chose one of the first beers I started buying in bulk for aging: Vancouver Island’s Hermannator Ice Bock. This is a great beer for aging for many reasons, not the least of which is its wonderful price-to-quality ratio. Also, I love the fact it comes in small bottles — that way it’s easier to spread a box out over a long period of time.

So how did it change over four releases? Let’s find out: 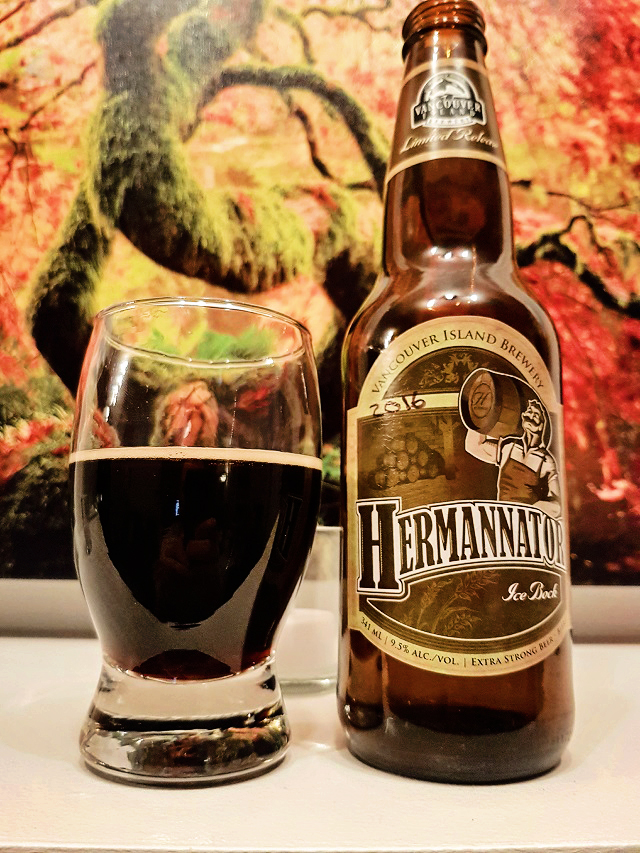 Hermannator 2016: The fresh bottle has lots of carbonation. Take note because that’ll be the first thing to go. Flavours are strong but not too rich yet, could open up a bit more. 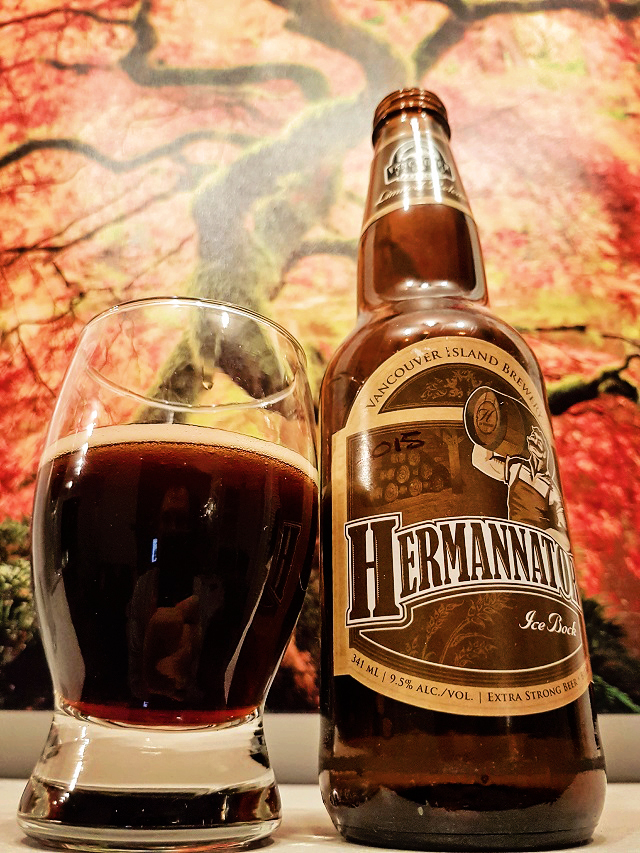 Hermannator 2015: Much less carbonation, caramel has come out to play in a big way. Drinks thicker and heavier than expected after just one year. Surprisingly, the alcohol is more apparent here.

Hermannator 2014: Very smooth, carbonation is gone by now, leaving behind a nice blend of raisins and caramels. Doesn’t come off as thick as the 2015 did. Alcohol has faded into the background again as the malty notes have taken over.

Hermannator 2013: Noticed a slight, almost metallic tinge at first sip, but it softened immediately. A boatload of caramel remains, but less raisin now. Sort of a toffee note. Still very smooth with a nice blend of flavours.

Overall, I think the 2014 is in the best shape right now. The 2015 seems to be in a bit of a valley as it came across as more of a work in process; it’ll benefit from another year. The 2013 seems like it’s just leaving a sweet spot, but I still have a few bottles left so there’s time for it to come back again.

So there it is, your guide to setting up and using your very own epic beer cellar. Remember: stability, multiple bottles, and most of all, have fun!