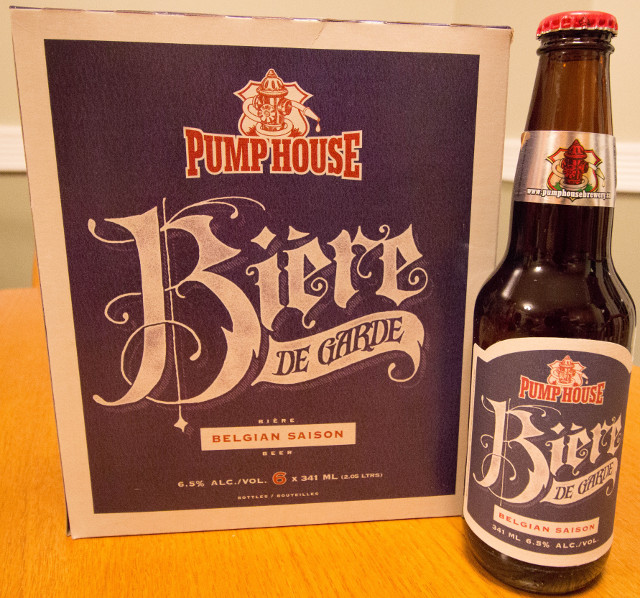 A few months ago Joe Wiebe had a look at some west coast Belgian-style ales, so I thought an east coast perspective was due. As the craft beer revolution continues in my region a few Belgian-style breweries have started up as well as others producing beers inspired by the region. The styles accredited to the area vary greatly in tastes and historical significance. Of all the styles, I’m having a look at a couple of farmhouse ales. Farmhouse ales are connected to the seasons and the flow of need for beer, as well as availability of ingredients.

The story of how Pump House Brewery came to be is extremely interesting. After Shaun Fraser's applications to work at several breweries were turned down, he applied to be on a reality show called Thrill of a Lifetime and got to make beer in a Labatt plant in Ontario. Then, after working in a brewery, brewpub and selling brewing equipment, he and his wife Lilia opened for business on September 3, 1999. After fifteen years, multiple awards and many expansions Pump House is the largest craft brewer in the Maritimes, making over two dozen year-round and seasonal ales.

The name Bière de Garde roughly translates to "beer to keep." It was brewed and stored for warmer months when demands on the farm outside the brew house were high. Because it matured for a long time the yeast had time to reduce unwanted fermentation by-products and taste-inducing esters were produced.

Bière de Garde pours amber with a cream-coloured head. The aroma is bread, spices, pine and a hint of fruit. The higher alcohol is not overly evident on tasting; you do get caramel, a slight bitterness and some lingering fruit flavor. This is a seasonal release available right now.

North Brewing Company is a small brewery with a big dream of building out to become a zero emissions brewery. In their two-plus years of business they’ve been working towards that goal while producing Belgian-inspired beers in Halifax's north end and supporting local and community involvement. North’s philosophy is to respect tradition while being inventive and not too restrained by strict adherence to style guidelines.

Farmhouse Ale is a year-round offering, and one of North’s first offerings. It pours an amber brown colour with an off-white head. The aroma is sweet, bready, malty and a bit yeasty; the taste is malt, yeast and sweet at first with a tartness coming after. It’s a heavy beer but very drinkable and can be found in my fridge often.