This week’s Canada’s Craft Beer post comes from our West Coast craft beer guy, Bryan Clegg. With the calendar approaching the winter months, Bryan is looking at a more 'warming' style of beer this month, the Bock, more particularly the Doppelbock sub-style, as presented by Steel & Oak Brewing Co. and Vancouver Island Brewery.

Now that we’re moving towards the colder months of the year, I thought it would be a good idea to look at a slightly more “warming” style of beer. Bock, or Bockbier, is a German-style strong lager popular during the colder months of the year. Bocks are heavier, maltier and higher ABV (minimum 6%) than their standard lager counterparts. Bock has also given rise to many sub-styles, including the two I sampled this month that I absolutely adore.

The first is Doppelbock, which means Double Bock. It is exactly what the name implies: an even stronger version of the already winning formula proposed by the Bock. It’s tough to talk about Doppelbocks without a reference to German brewery Ayinger’s Celebrator Doppelbock. That phenomenal brew is, in my opinion, the standard by which all other Doppelbocks are judged. It is available on tap at CRAFT Beer Market for anyone who wants to give it a try.

But I’m not going to spend too much time lavishing praise on Celebrator. It’s had more than enough of that. I have two other beers that deserve their own extensive praise. In sticking with the current Doppelbock theme, our first beer of the month is:

For this brew, Steel & Oak uses the same beechwood smoked malts as their Smoked Hefeweizen along with a very generous dose of BC honey to great effect. The smoke is a little bit more mellow than in the hefe, though it makes itself known first. But then the honey comes in with a nice dose of sweetness that pairs so well with the dark fruit flavour in the beer. This might be one of my favourite S&O releases.

The next style I want to talk about is Eisbock, or Ice Bock. Ice Bocks are made by partially freezing the beer. Because water has a higher freezing temperature than alcohol, the water freezes first, turning the beer into a sort of slush. From there, the remaining liquid is filtered out, giving us an even more potent and flavourful brew. The ABV for Ice Bocks tend to range from nine to 13 percent, though they can go even higher.

This leads me to one of my favourite yearly releases: 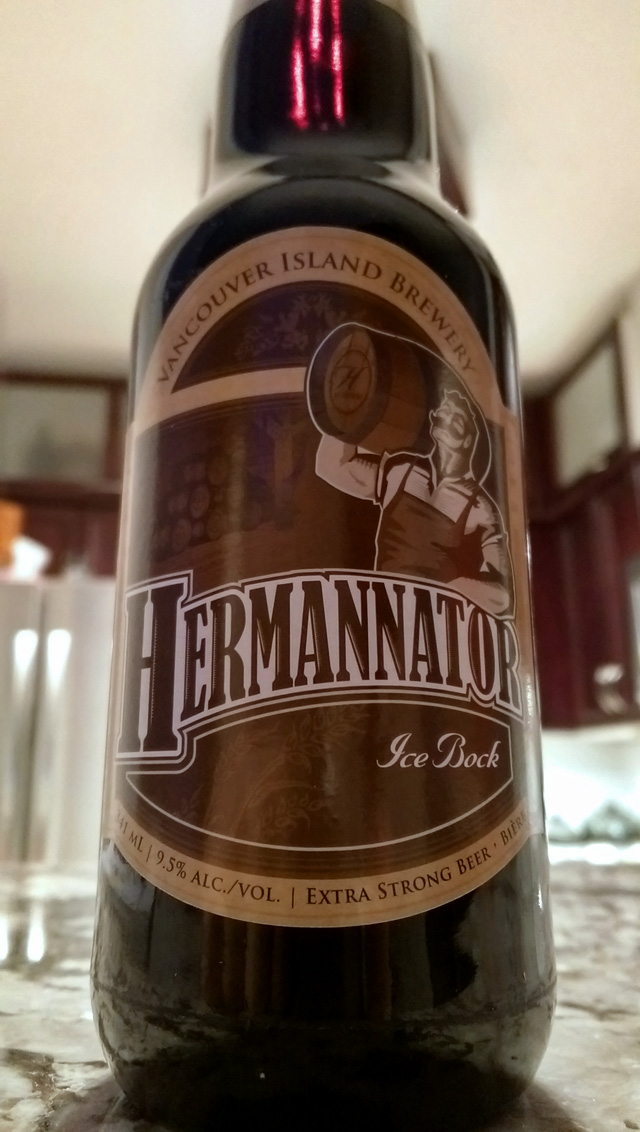 I’m going to put it out there right now — I really like this beer. From the moment I sampled my very first bottle, Vancouver Island Brewery had earned themselves a lifelong fanboy. It could be a combination of my overactive imagination and the name/brewing process for this beer, but the first sip for me always feels like an ice cube touches my tongue, and then explodes into a cacophony of wonderful, fruity and malty flavour. A more proper description would note the light carbonation at the beginning and how it flows into smooth dark fruits and caramel/chocolate maltiness. And the 9.5 percent ABV is very much hidden, save for a bit of heat at the end. Delightful.

This is also an excellent beer for cellaring. I have cases from 2013 and 2014 stocked up so I can do a 3-year vertical flight. I highly recommend anyone with an interest in cellaring to pick some up!