This week’s Canada’s Craft Beer post comes from our Eastern Canada craft beer guy, David Ort and he takes a look at summer beers with a twist from Ontario and Quebec.

No matter how loudly brewers and beer writers beat the drum for stouts, porters, barleywines and winter warmers, beer's high season will always be between Victoria Day and Thanksgiving. Demonstrably more people drink more beer, more often when it's hot and the sun is shining.

Wheat beers and other low-alcohol ales are easy and obvious places to turn when choosing a beer for a patio. But for my tastes some hop character helps add interest and puts a brake on the (understandable) urge to gulp cold beer.

This month I offer two options that combine the best of summer sippers with a bitter backbone. Amsterdam's Summer in the City and Le Trou du Diable's Apocalypso are complicated beasts that might take a few pints to figure out.

Amsterdam Summer in the City

For the second time this year, Amsterdam has released a pale ale that doesn't neatly fit into the expectations of a particular, trendy style. Cruiser isn't a sessionable IPA and Summer in the City is not a straightforward rye pale ale. The rye is there and it adds plenty of spice to the aroma and flavour — which both also include plenty of sweet grain and tropical fruit — but it plays a supporting role to the Nelson Sauvin hops. This variety is one of the increasingly mainstream crop of new varieties from New Zealand and it gives beers like Summer in the City both tropical citrus and gooseberry characteristics. The nearly white head and rich, hazy orange-gold body complete the picture for this patio-worthy beer.

This is a brewery-only release and judging by the wrapped silver bullet cans it's probably a small-run release, so grab a few cans while you can. 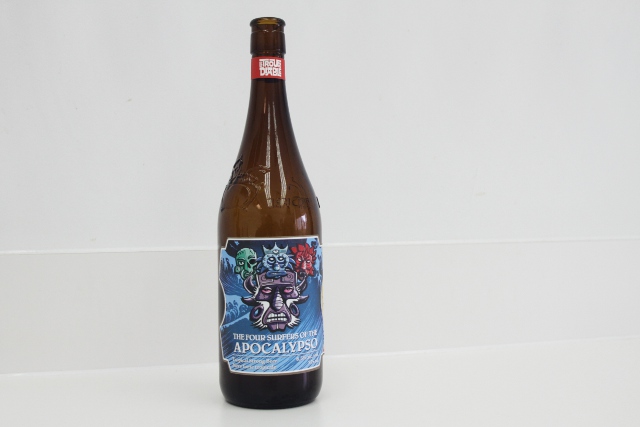 Apocalypso falls into the new and still rather niche White IPA style. It's a welding together of the more established Belgian wheat beer and a hoppy American-style IPA.

This is a yellow-gold beer with an abundant cap of medium white foam. On a base of sweet cereal the aroma adds passionfruit, mango and pineapple. All of those lush tropical notes might get you to pause and consider before taking the first sip. It echoes the same character with more of a linear pattern that opens with citrus sweetness and closes firmly with herbal bitterness.

The brewery's marketing materials make it obvious that they think of this as a get-it-while-summer-lasts offering. My French is rustier than it ought to be, but my rough translation of the target customers paragraph at the bottom of that page amounts to: patio season is fleeting, so get as much of it while it lasts. Even after applying my usual cynicism to marketing-speak, I can't find anything to quibble with in that statement.