This week’s Canada’s Craft Beer post comes from our Western Canada craft beer guy, Joe Wiebe, as he looks at the hop harvest in BC and the crop of fresh hopped beers that come out of it. 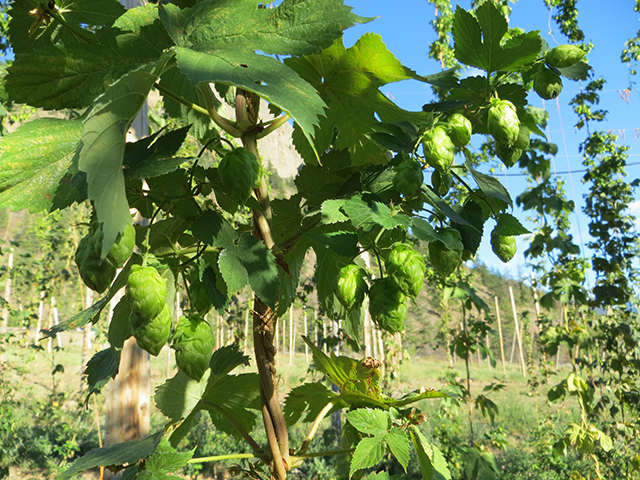 This year’s crop of fresh-hopped beers arrived on the shelves of BC’s private liquor stores last week—and, in many cases, promptly sold out. Also called “wet-hopped,” these unique brews celebrate the harvest season like no other beer because they are made with hops that are freshly picked and then added to the brew kettle without being dried, pelletized or processed in any way, usually within 24 hours of the harvest. Normally, hops are dried (and often processed into pellets) so that they can be shipped and stored for several months without spoiling.

A fresh-hopped beer can showcase bright, grassy flavours and a distinctly fresh quality that cannot be matched by hops processed in the typical way. But it is an ephemeral style, not ideal for cellaring, because the volatile hop oils and flavour compounds break down quickly. This is a beer to drink immediately. After more than a few months, it won’t taste nearly as good.

What excites me the most about these beers is what they symbolize: as Kendall Jones of the Washington Beer Blog puts it, “It’s a celebration of the annual hop harvest in a glass.” Exactly. British Columbia once had a huge hop growing industry, especially in the eastern Fraser Valley around Chilliwack, but it had virtually disappeared by the 1970s. Happily, the rise of craft brewing over the past 30 years has helped create a renaissance in small-scale hop farming here. Although the industry is nowhere near what it once was in size, there are more and more hop farms coming online each year; many of these farms are growing really interesting varieties of hops and some of them are all-organic, too. 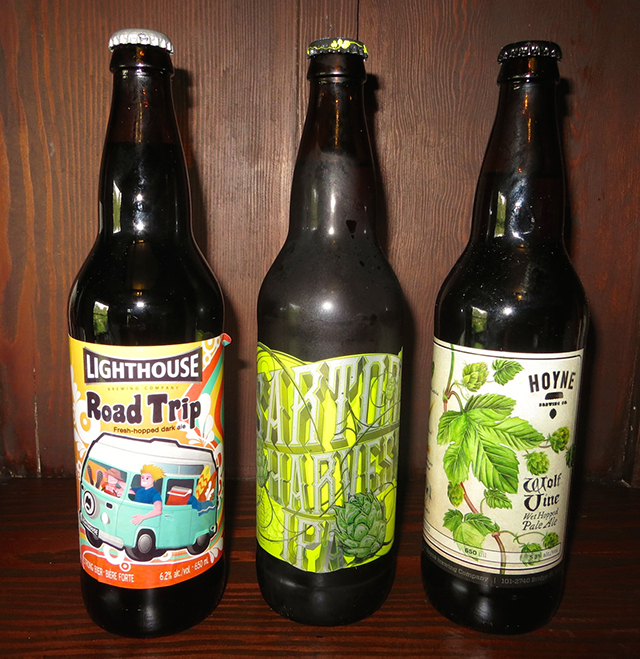 The most exciting and sought-after fresh-hopped beer in BC each fall is definitely Driftwood Brewery’s Sartori Harvest IPA, which the brewery first produced in 2009 and has released annually ever since. Although Driftwood is in Victoria, the brewery actually travels to Chilliwack on the Mainland to get fresh Centennial hops from the Sartori Hop Farm there, which has become one of the leading hop producers in BC. The 2014 edition of #Sartori was released last week and has already sold out in many stores.

Driftwood’s neighbour, Hoyne Brewing, also used Centennial hops from the Sartori Hop Farm this year in its Wolf Vine Wet-Hopped Pale Ale, along with some Cascade hops from farms on Pender Island and the Saanich Peninsula. Two other Victoria breweries also produce fresh-hopped beers: Lighthouse Brewing’s Road Trip (out now) is a dark ale that features fresh Zeus and Chinook hops from a farm in Cedar, just south of Nanaimo; and Phillips Brewing will release its Green Reaper IPA a little later in October. Salt Spring Island Ales holds a hop-picking festival at its own nearby farm in early September and then uses some of those hops in its “estate-hopped” Whale Tale Ale each fall. Look for that in stores this week.

Outside Victoria, look for Granville Island Brewing’s Mad Dash ESB, which features Sartori hops as well, and Time Warp Pale Ale from Powell River’s Townsite Brewing—which might very well have the best label of any beer produced in BC. Penticton’s Tin Whistle Brewing used Centennial and Cascade hops from Lillooet’s Harvesters of Organic Hops (HOOH) farm. Powell Street Craft’s David Bowkett has christened his new, bigger and better brewery with a beer called “95-Pounds of Wet Hop Goodness,” also featuring hops from HOOH. And Delta’s Four Winds Brewing brewed a small batch of a fresh-hopped Chinook IPA using hops from a local farm at the end of September. Look for it on tap at the brewery in mid-to-late October. 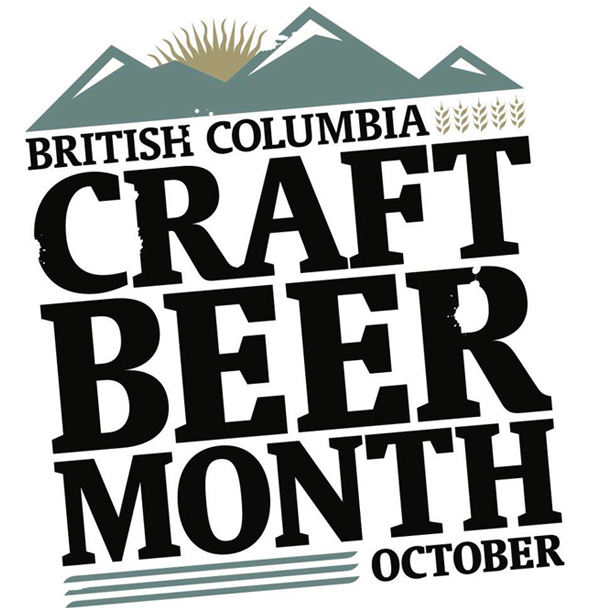 One final note: October is officially BC Craft Beer Month with special events being held all over the province. The main event is the BC Beer Awards, which will take place on Saturday, October 25 at the Croatian Cultural Centre in Vancouver. Se you there!

Joe Wiebe, the Thirsty Writer, is one of Canada’s busiest beer writers. Based in Victoria, he has followed British Columbia’s craft beer scene closely for more than 20 years. His book, Craft Beer Revolution: The Insider’s Guide to B.C. Breweries, was a B.C. bestseller for 2013. He hosts beer tastings/seminars and has appeared on television and radio as a craft beer expert. A freelancer for 15 years, he has written about craft beer for a wide variety of magazines, newspapers and websites. Visit www.thirstywriter.com and follow him on twitter and untapped at @ThirstyWriter.