This week’s Canada’s Craft Beer post comes from our BC craft beer guy, Bryan Clegg. Today Bryan introduces us to a new style of IPA that's fun and fruity: the Milkshake IPA. He shares his reviews of MIPA offerings from Bridge Brewing, Dead Frog Brewing and Twin Sails Brewing. 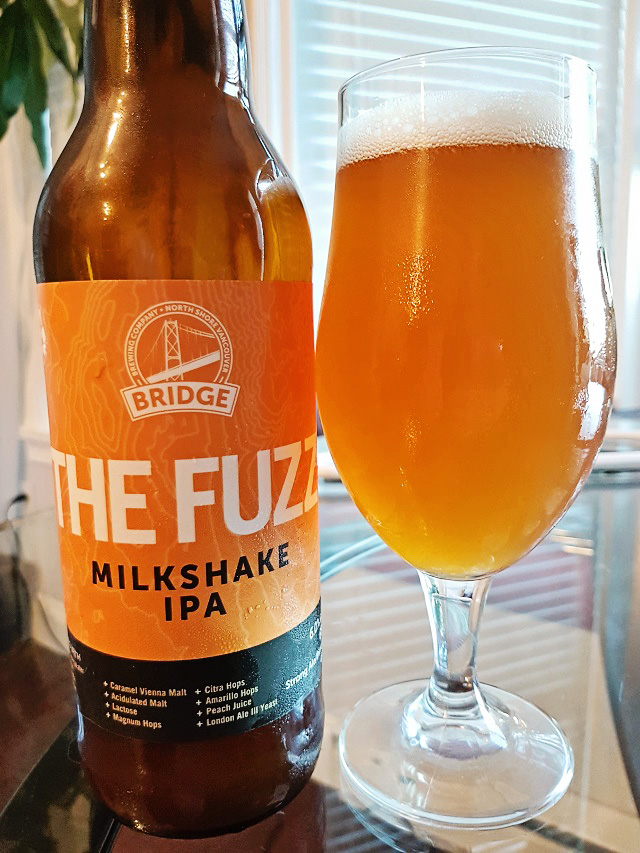 In my post about Twin Sails Brewing, I alluded to the growing popularity of a particular style of beer: The Milkshake IPA.

The Milkshake IPA is a very recent creation. So recent, it isn’t even an official BCJP style (yet). This makes it hard to really define. There isn’t an official style guide for colour, haziness, or even taste — yet. But there is precedent, so going off that, we can build a picture of what a good MIPA should be.

A MIPA should be hazy, it must have lactose, it should be thick, sweet and filled with fruit. This doesn’t sound like a difficult attribute list, but it's more difficult than you think. The biggest problem is finding a way to balance the ingredients. Too much pectin and the beer could turn into jam. The wrong malt could offset the sweet, bright fruity flavour. Too little fruit could make it bland. Too much lactose can make it cloying. There are enough variables to cause any brewer a headache.

But in spite of pushback from some old school purists, the majority of the beer public seem to love this new style. I have first-hand experience. In my local beer group, I’m the only “hardcore” IPA guy. When we have beer meetups, I’m usually the only one to really enjoy the different IPA styles. With one major exception: the Milkshake IPAs. They’re filled with hops, but the hopping styles makes them fruit forward, and the lactose and fruit additions make them bright, thick and so unlike any traditional IPA; it’s almost impossible to dislike them. Everyone enjoys them, even the lightest beer drinkers. The MIPA is a crowd pleaser.

Twin Sails can be credited with most successful MIPA releases in the Metro Van area thus far, but others have been following suit (I deeply regret not picking up a growler of the Boombox MIPA - I hear it was amazing). So I picked up a few recent releases to see how they stack up against the latest from Twin Sails.

For this MIPA, Bridge went with peach juice as their primary fruit additive. The overall result is ... not bad. The colour and haziness are there, and there's a decent sweetness going on, but there isn't much body, the flavour doesn’t totally come through. A bit of peach, a bit of oaty malt, not much hop happening. Not a bad sipper, though.

I had fairly high expectations for this. Who doesn’t love a Key Lime pie? Dead Frog also has a habit of slamming a huge amount of flavour into their beers, for good or ill, so based on that I had a feeling they wouldn’t skimp on the lime.

Unfortunately, I found this beer a little lacking. The colour, to begin with, is substantially darker than any MIPA I’ve had, but I can’t call that anything other than an oddity. However, I could barely find the lime. I passed it off to my secondary taster to see if it was just me, but she couldn’t find any at all.

The aftertaste is very malt forward. In fact, overall I found the malt punch to be far more significant than anything else in this beer. Basically the opposite of the thick, creamy, tropical key lime pie the name implies.

Back to the brand I’m most familiar with, Twin Sails. This hits all the right notes. The hops are bright and tropical, the mouthfeel is creamy, the flavour is sweet, and the peach is somewhat prominent. And that’s the only knock I can give this beer, really. The peach isn’t nearly as strong as I’d like it to be, which is surprising considering TS included a ridiculous 700 pounds of peach puree. But overall, this is a ridiculously drinkable MIPA. As my significant other put it: “A perfect patio beer."

Another excellent MIPA from Twin Sails, this beer comes in hard with the raspberry. The colour is bright red, the nose is sweet raspberry, and the flavour is creamy liquid raspberry. In the Twin Sails way, they whirlpool hopped Citra and Simcoe, giving a bright, tropical flavour without bringing in bitterness, then loaded in with lactose and raspberry puree to finish off this wonderful MIPA. It’s hard to imagine anyone nailing the flavour of a Raspberry MIPA better than this.

So as we can see, although the description may sound simple, hitting the right notes isn’t. But that isn’t going to stop others from trying, and that’s a good thing. Milkshake IPAs are a really fun, tasty style and I’m looking forward to more and more breweries perfecting it.

Wow! i have never heared about a beer like that!! will definetely be trying some!!! cute kitty!!