In this week’s Canada’s Craft Beer we head to BC with our western Canada beer guy, Bryan Clegg. He’s introducing us to a style of beer which almost disappeared but now is a thriving summer thirst quencher in BC: Witbier. He reviews offerings from Driftwood Brewery, Hoyne Brewing, Fuggles & Warlock, and Townsite Brewing. 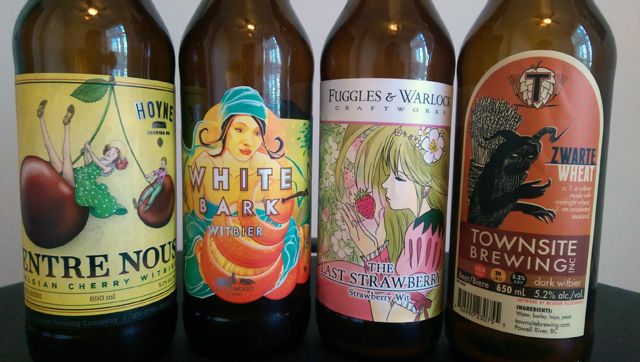 This month I decided to tackle a style I hadn’t taken the time to fully familiarize myself with: Witbier. Witbier is a Belgian style meaning “white beer.” It actually used to be the dominant style east of Brussels, but its influence began to fade until it nearly disappeared.

Enter: Pierre Celis. Celis grew up in Hoegaarden, Belgium, and took it upon himself to revive the nearly defunct style. After bringing it back in Belgium, he turned his focus to the USA. Austin, Texas to be precise, where he founded Celis Brewery.

Thanks to Celis’ efforts, Witbier was brought back from the brink and it’s now a thriving, popular summer quencher. This is extremely apparent here in British Columbia, where more and more breweries are producing their own take on the style.

Generally, Witbier is a style known for wheat character along with spices -- primarily orange and coriander -- and medium to low hop character. It also tends to hover around 5% ABV. This month I’ve rounded up four offerings to see what our local breweries have done with the style. 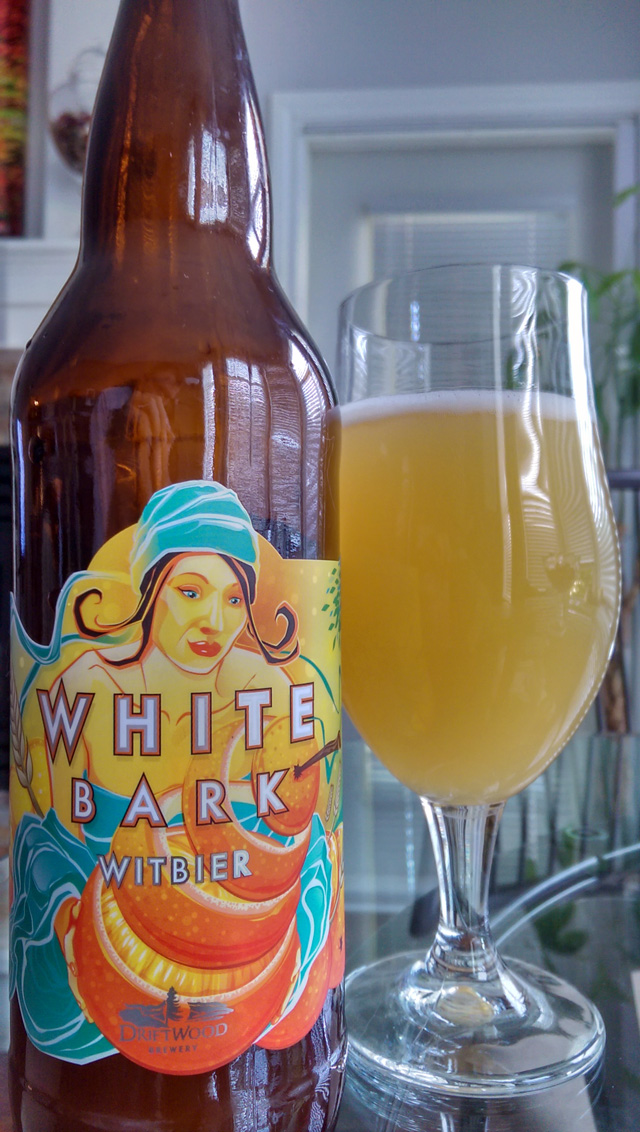 The Driftwood Brewery Witbier is the most traditional of the bunch. The pour is light, pale yellow and offers a nice citrusy nose with a hint of spice. Taste has subtle orange peel bitterness along with light coriander spice. Wheaty and light carbonation. Very decent. 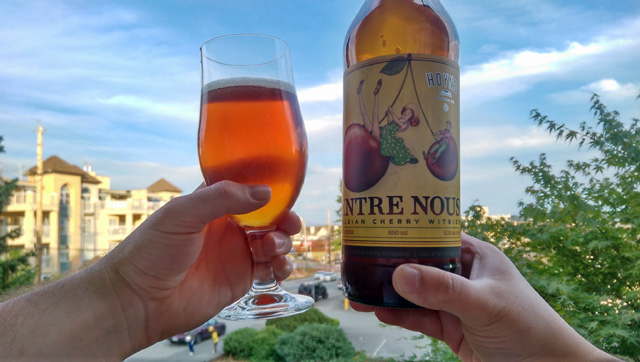 Witbier + Black Cherries. What could go wrong? The addition of the cherries gives this Hoyne Brewing beer an amber colour. The nose is mostly wheat breadiness and a slight sweetness possibly caused by the cherries. Flavour is more of the same; the cherries were more subtle than expected, to be honest, though they do come out a little more on the finish. I still think this is very drinkable but found myself wishing the cherries were more prominent. 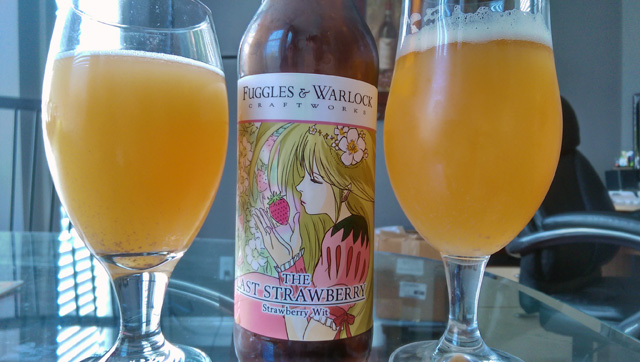 I had a cask version of this Fuggles & Warlock beer about a month ago that tasted like a glorious strawberry milkshake. And while this version is very different, I still found it enjoyable. It pours a cloudy yellow gold with plenty of leftover strawberry sediment at the bottom of the bottle. Taste is very sweet, thanks to the addition of lactose (warning to lactose-intolerant or -sensitive people). Strawberries aren’t as prominent as I remember and the milkshake quality I loved so much is hiding deep in the background, like it’s been toned down. Still a good, easy drinker.

The least traditional in the group, this interesting Townsite Witbier is brewed with midnight yeast, which gives it a very dark, opaque pour. The nose primarily consists of grains and yeast. The flavour surprised me with more bitterness than expected, but blends nicely with malts and roasted grains. Solid choice if you want to try a different take on the style.

For more summer beer options, visit the rest of our Canada's Craft Beer articles from across Canada.