This week’s Canada’s Craft Beer post comes from our West Coast craft beer guy, Bryan Clegg. Today he revisits the sour beer style, which is surging in popularity in the BC market. Check out the sours he reviews from Category 12 Brewing, Powell Street, Driftwood Brewery and Central City Brewing!

Last July, I wrote a post called Year of the Sour, in reference to the growing popularity of sour beers in BC and the fact it felt like a breakthrough year for the style. Indeed, locally produced sours can be used as an indication of a mature market. This has been a trend in great beer cities like Portland and Denver for years now, and it shows that Vancouver is truly entering the “big leagues” as a beer market. And while I still think 2015 was a huge year, 2016 is shaping up to be even bigger.

If anything, I’d say 2016 is the year breweries are starting to show how serious they are about sours, and the first one to prove it was Central City Brewing with their release of Sour I. To be fair to CC, they got serious a couple years ago when they started working on Sour I. With a process involving California-sourced Cabernet Sauvignon oak barrels, French oak foudres (or foeder, depending who you source the spelling from), and several years of patient aging, they’ve been working on the new wave of sours for a while, and 2016 is the year we finally get to reap the rewards of that work.

And I have to say, Sour I is pretty delicious. Expensive, yes, but it’s a really good first effort at the most difficult beer style to master. In fact, Sour II has just been released, and I’m very excited to try it. While Sour I was a brown, Sour II is a Kriek (Sour Red with Cherries — yum)!

But other breweries aren’t resting on their laurels. Several have installed foudres as well, including the amazing, Nectarous-producing Four Winds. I can’t wait to see what kind of sours come out of the new equipment!

One great thing about these changes is that, currently, most local sour beers are kettle soured. While a traditional sour takes months or years to sour, kettle souring can be done very quickly. Normally, a brew process would be to mash, then boil the wort. However, in this process the wort isn’t boiled right away; instead lactobacillus (the same type of bacteria used in the production of yogurt) is added, then the wort is heated to about 100 to 120 degrees F. The lacto can’t survive a boil, but it does thrive in warm temperatures. So this warmth allows the lacto to quickly drop the pH level down to the desired level (usually 12 to 18 hours). When it reaches spec, then the wort is boiled to kill off any remaining bacteria and then the rest of the process is like any other beer. That’s a lot quicker/easier than the long-form method of making a sour, right? It doesn’t impart all the same qualities of a traditionally soured beer, though, but it’s a pretty reasonable middle-ground. However, while you can still make some excellent sour beer this way, it’ll never satisfy the purists.

So let’s talk about some of the sours out right now. 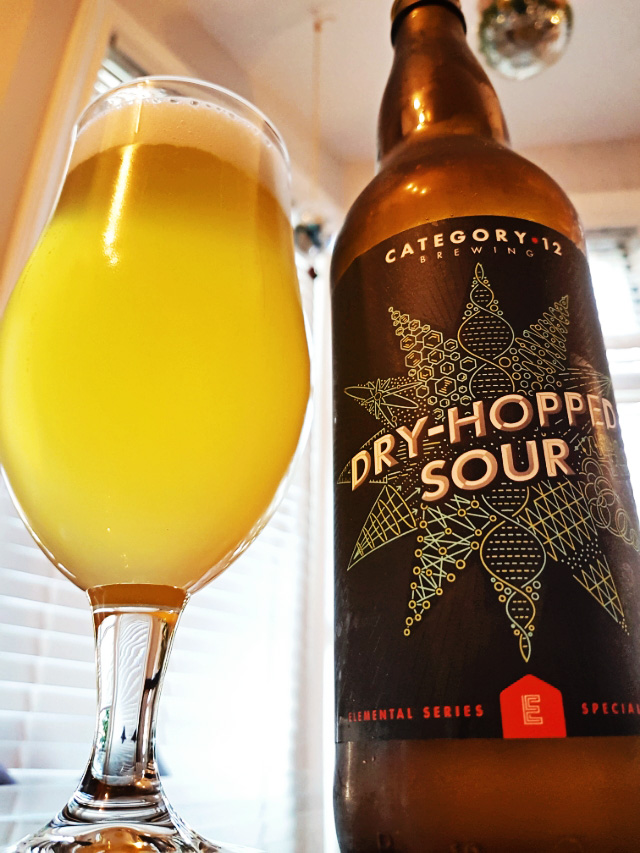 Category 12 has really been impressing me with their work. I don’t think I’ve actually had a bad beer from them, and the dry-hopped sour certainly doesn’t change that streak. This beer has a nice citrus nose, then comes through with a crisp, balanced taste filled with tartness and sweetness. This is a great sour for everyday drinking.

The latest in Powell Street’s Kettle Sour series, Simcoe Sour is the best yet. Starting with a nice aroma filled with citrus/tropical fruit with a hint of sour, then leading into a nice tropical blend with an easy acidity. While their earlier efforts were lacking in some areas, this latest effort is definitely the most well rounded.

The latest entry to Driftwood’s Bird of Prey series, Latus, revisits the original Flanders Red Bird of Prey that launched the series. Latus is aged in a mixture of American and French oak barrels. This beer has a good burst of tartness, with dark fruit and earthy tones surrounded by oakiness. I like this now, but this is definitely a beer for the cellar, as it seems a bit young right now. What we have here now, given a few years of age, I believe will become quite excellent.

The latest from Central City, Sour No.2 is a Kriek, created by aging a Red Ale with Cherries for two years in a combination of Cabernet Sauvignon oak barrels and French oak foudres. The time and care pays off with this beer. The pour is deep red with minimal head, sporting a sour nose with hints of oak and cherry. The flavour pulls light oak and red wine notes from the barrel, a bit of cherry sweetness, and a nice burst of acidity. Really solid work by CC's brewmaster Gary Lohin.