We are very excited to be making new sponsor announcements today.  We're pleased to welcome some new to us brands, some BC local brands and to welcome back some old friends! 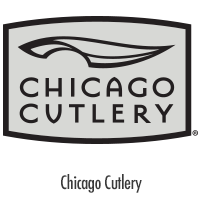 We're excited to announce Chicago Cutlery as one of our new sponsors.  We're even more excited to let all our FBC2014 attendees know that they will be receiving a brand new Fusion Chef's knife courtesy of Chicago Cutlery as part of our pre-conference swag!  We'll be shipping them out in waves (so you don't have to worry about airport security if you're flying!) prior to the conference!

What a dazzling line-up! Very happy to see coffee on this list, I must say. Essential for a good conference. Great job, guys!!

So excited about the Chicago Cutlery! …and meeting everyone, haha!

Having crocodile dundee sayings in my head ‘you call that a knife?’ lol. Swish to get a pressie prior to the conference!