We are very pleased to be adding to our Speaker and Sponsor lineup for FBC2014 this week!

First up, we are thrilled to be bringing two new voices to the stage. Robert McCullough, Vice President, Random House of Canada and publisher at Appetite by Random House, will be joined by one of Canada's most well-known and loved bloggers (and soon to be cookbook author), Tara O'Brady of Seven Spoons.  Robert & Tara are teaming up to share the process of taking a blog to book first hand with all of you.

Also re-joining us this year is the always entertaining and informative author of DinnerwithJulie.com as well as multiple cookbook titles, Julie Van Rosendaal.  We'll be telling you more about what Julie has in store for you in the coming weeks but we know you will all be hanging on her every word!

We're also delighted to announce two additional sponsors to FBC2014 - both of whom are brand new to us this year.  Fletcher's Fine Foods and Natural Delights Medjool Dates  (bacon and dates - that's a tasty combo!) will both be joining us at the Bronze Level and have some delicious things planned for you all!

Be sure to visit our complete list of speakers and sponsors and don't forget, if you purchase your tickets prior to April 30th,  you're eligible to win our Golden Ticket (a free double occupancy pass to FBC2014)

Robert McCullough is Publisher of Appetite and Vice-President, Random House of Canada. After twenty-one successful years at Whitecap Books, Robert had the opportunity to start a new imprint in Vancouver for Random House of Canada, where he has been creating a carefully curated collection of food, drink, and lifestyle titles since launching in 2012. The list has produced many Globe and Mail bestsellers, including The Soup Sisters Cookbook from the Calgary-based non-profit organization and Jerusalem by London chef sensations Yotam Ottolenghi and Sami Tamimi.

In 2013, Appetite won three IACP Awards, including Best First Book for The Smitten Kitchen by blogging phenomenon Deb Perelman, as well as a James Beard Award for Jerusalem. In addition, several titles, including Butter Baked Goods by gourmet marshmallow pioneer Rosie Daykin were selected as Heather’s Picks by Chapters/Indigo.

Food writer Tara O’Brady makes great chocolate chip cookies. She believes learning to cook isn’t a finite course of study; it is a lifetime of lessons taught best through action, and to know how to cook is as much about following recipes as it is about seeing, tasting, trying, and getting comfortable with your own instincts. All of that explains why she’s been working on those cookies since she was 12 years old.

After an education in English and Communications took her into marketing, Tara started a food blog, Seven Spoons, in May 2005. In the years since, the site has grown, winning national and international awards for excellence in writing, photography, and recipes. Tara is a core contributor to UPPERCASE magazine, with a column in each issue. She has written elsewhere as well, including Saveur.com, The Globe and Mail, and Kinfolk magazine. Her recipes and photographs have appeared in The Guardian, on Bon Appétit, and Oprah.com, among others. Tara is the subject of a chapter in the upcoming Blog Me Beautiful (RotoVision 2014), and her first cookbook will published by Ten Speed Press in 2015. Twitter: @taraobrady Instagram: @taraobrady

Julie Van Rosendaal is the author of six best-selling cookbooks, including Alice Eats: the Wonderland Cookbook with co-author chef Pierre A. Lamielle, which just released last fall. She has contributed to numerous other cookbooks and has another scheduled to release this fall. Julie has been the food columnist on the Calgary Eyeopener on CBC Radio One for 8 years, she’s the food editor of Parents Canada magazine and writes for numerous newspapers and magazines, including Swerve, Avenue, Western Living, the Calgary Herald and City Palate. She co-hosted three seasons of the TV series It's Just Food with chef Ned Bell, is a food stylist for TV, print and corporate clients, and she writes and takes photos for her award-winning food blog, DinnerwithJulie.com, which documents real life in her home kitchen in Calgary with her husband, Mike, and 8 year old son, Willem. 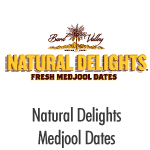 You had me at bacon and dates.

So excited to meet Tara and Julie in person!