If you’re a beer enthusiast, have you ever considered home brewing? Our home brewing expert, Jared Kovacs, shares all the information you need to know to start producing your own great beer. This month he explores the most essential ingredient in brewing: yeast. 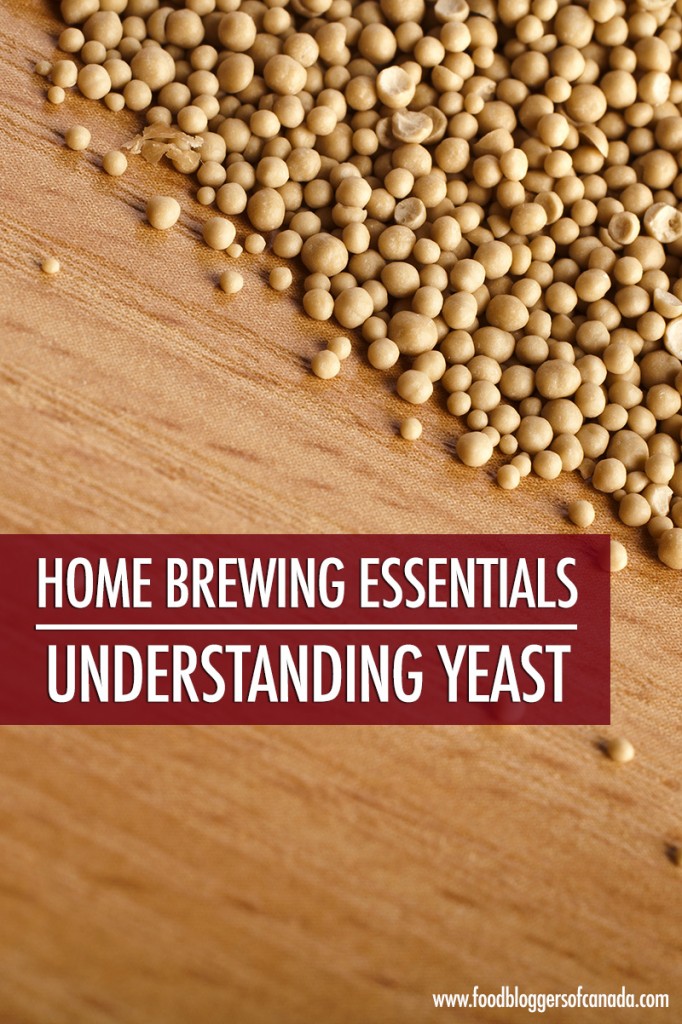 Over the last few months, we’ve discussed the essentials of home brewing. Having some basic knowledge of ingredients like malt and hops only helps us to brew better beer. The more we know, the better our brews will be.

Today we're going to cover the most important ingredient of them all, yeast. Without it we wouldn’t have beer or any alcoholic beverage for that matter — it’s simply that important.

I’ve said this many times in my past articles: there’s something always new to learn about home brewing. I began home brewing as a culinary pursuit, not because I have a natural inclination towards microbiology or biochemistry, and so I’ve been more hesitant to jump into understanding the complexities of this vital ingredient.

Yeast is something I’m still learning a lot about. It's a big topic! So, I may sound like a forgetful grandfather when I repeat this, but it’s a good reminder: “Home brewing is like the ocean. Shallow enough to wade in, but deep enough to keep you exploring for a lifetime.”

I have to admit it’s been difficult to know where to start and end this post. There’s so much to discuss about yeast. I’ve waded through articles and books, and have been reminded how much more I need to learn.

More than any other ingredient in beer, yeast is the most complicated because it’s a living organism. And like all single-celled micro-organisms, it’s sensitive. It’s kind of like that one friend you have who cries during a superhero movie. Listen, we all know that Superman isn’t dead, this isn’t an Our Lady Peace song. He’ll be back in no time. Trust me.

In all seriousness, yeast is sensitive, especially to temperature. Too hot, and you’ll kill the little guys. A little too warm and they’ll get temperamental and moody, and produce all kinds of different off-flavours. Off-flavours like nail polish. I've been there, drank it, and am living to tell the tale, but it’s really not something you want to consume daily.

Whereas if it’s too cold, you’ll kill them. A little cooler than what the ideal fermentation temperature should be and those little guys will go dormant and not do what they’re supposed to, like eat sugar, produce alcohol, and CO2 as they should. Come to think of it, yeast is like Canadians. Always complaining that our winters are too cold, and our summers are too hot; always having an excuse not to go outside and enjoy ourselves. Can we all just collectively pull ourselves together and be happy with the seasons?

Of course, humans are complex creatures who’ve learned over time to control our environments to thrive. Unfortunately, our brewer's yeast doesn’t have a human brain and ingenuity to manage its environment, so it’s up to us to ensure that we’re providing the right kind of conditions our yeast needs to perform its very best.

This is made simple by yeast cultivators because they tell you on each yeast package the temperature range that particular yeast strain likes to party. It’s best to try and control those temperatures as much as possible. If it helps you can think of yourself as a parent chaperone at a Grade 8 dance — nobody wants that dance party to get too crazy.

There are two different kinds of brewers yeast: lager yeast and ale yeast.

Lager yeast ferments at cooler temperatures and is known as bottom yeast. The yeast reproduces and eats sugars more slowly, so it settles to the bottom of the fermenter and does most of its work from there. This means that, traditionally, it takes months for a lager to ferment and age properly. Lagering creates a much smoother and lighter flavour profile than ale yeast.

The difficulty with lagers is that they require you to ferment in temperatures between 4 to 12 degrees Celsius. Unless you have extra space in your fridge, this style is outside the reach of beginner home brewers. It’s a style I’ve yet to be able to brew because I don’t have a temperature controlled fermentation chamber.

Beer styles that use lager yeast are Pilsners, Bock and Oktoberfest.

Ale yeasts tend to like warmer fermentation temperatures; something between 13 to 22 degrees Celsius is ideal. it’s known as a top fermenter because during active fermentation it rises to the top, which creates a thick yeast foam/cake. This will eventually settle to the bottom, but only after the majority of fermentation is complete.

Almost all home brewers begin with brewing ales because they ferment best at room temperatures, so long as it’s not in the middle of summer, 30-plus degrees outside, and you don’t have air-conditioning.

The beer styles that use ale yeasts to ferment are IPAs, Porters, Stouts, Brown Ales, Irish Reds and Pale Ale.

Yeast comes packaged in two different ways: dry and liquid. There’s a debate about one outperforming the other, but honestly, I haven’t noticed a huge difference. I’ve very rarely run into problems where my fermentation was stalled or only produced a meagre alcohol percentage. I recommend following the directions on the package to obtain the best results.

If you’re using dry yeast, rehydrate it in sterilized warm water. This allows the yeast to wake up a bit before pitching it into the wort, which is less shocking to those micro-organisms. Remember, you want them to be having the time of their lives at the dance party, so treat them nice.

For liquid yeast, it’s imperative that you follow the directions on the packaging. You can’t just open it and pitch it in. You need to allow the yeast to cultivate for a few hours, so just do what the package says, okay?

I’ve only begun to scratch the surface of what there is to know about yeast. There’s a ton of resources online you can search for, and there are even whole books dedicated to understanding yeast. Remember the ocean is deep — jump in and explore!

Home Brewing is written by Jared Kovacs. Jared comes from a long line of food and drink connoisseurs. His father was a chef, his grandparents owned a diner, his grandfather is a home brewer, and his great-great-great-grandfather was a brewmaster in Germany. He loves sharing good food, beer (especially home brews), and cider with friends and family. You can follow him at The Hesitant Chef or on social media at Facebook, Twitter, or Instagram.

SUBSCRIBE TO GET YOUR FREE SPICE BOX EBOOK
You are subscribing to the FBC Food Lovers Newsletter.
You can unsubscribe any time!
Click Me
4shares