We're pleased to present the second instalment of our new monthly food series here on FBC called One Curious Ingredient by Michelle Peters-Jones. These articles explore the history and culinary use of an ingredient or dish that’s unfamiliar to her, and probably many of us! We also invite you to share your own stories and recipe links in the comments. Today, Michelle explores floral essences, in particular heady, floral-fruity kewra, or screw pine water. We bet you're curious to learn more! 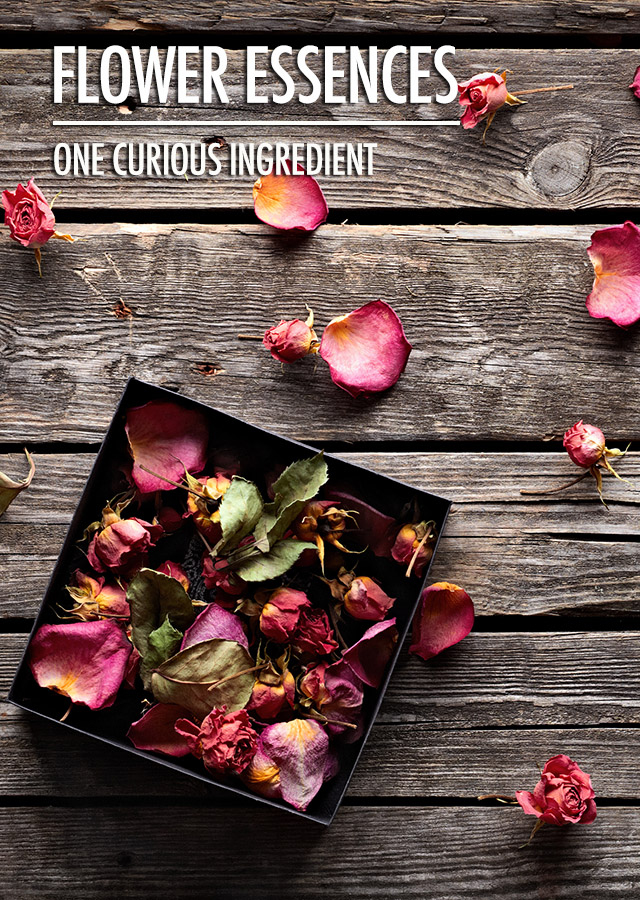 I've always been fascinated by the concept of edible flowers and floral essences in cooking and culinary trends. When we were children, my mother grew an assortment of edible roses, and one of our childhood pleasures was to pick the petals off them and taste the heady, floral bitterness. We also loved sucking the sweet sap from banana flowers, and finding edible wildflowers in our grandparents' vast farmland.

Growing up, this translated into a real interest in flower essences, and my post today concentrates on three of  my favourites: rosewater, orange flower water and kewra (screw pine water). Of these three, I'm most familiar with rosewater, as it's one of those essences that's used a lot in Indian cooking, but I'm always making traditional sweets that use kewra and orange flower water.

Rosewater, the distilled essence of rose petals, is a staple in Indian, Middle Eastern, Mediterranean and some North African cooking, both in savoury and sweet dishes. Rosewater is the by-product of the process of making rose oil (which can be really expensive) and is made by distilling rose petals and water. It has a very distinct fragrance of roses, and is used both as a cooking ingredient and as a garnish to add a burst of fragrance to the finished dish. Probably the best known cuisines that use rosewater are Turkish and Persian, along with the Mughlai-style of cooking in India. It's used to flavour pilau rice, meats, biriyanis and other dishes, and also as a flavouring in baklava, kheer and kulfis. It's also used to make rose milk, a popular South East Asian street drink, and is added to lassi, a yogurt-based drink from India.

Rosewater is also used as a face toner and moisturiser in tropical countries and is a popular ingredient in the perfume industry.

Orange flower water is another popular flower essence in European, Middle Eastern and North African cuisines. Also known as orange blossom water, it is, like rosewater, a by-product of bitter orange blossoms that are distilled for their essential oils. Originally used to fragrance the home and welcome guests, orange flower water is also used in various culinary preparations, mainly desserts. While originating in the Middle East and North Africa, this is one essence that has spread all over Europe, even influencing French cooking.

The taste of pure orange flower water can be quite bitter, and it's often mixed with syrups or water to tone it down and add the flavour without the bitterness. The fragrant essence is heady with citrus and floral notes, and is also used as an ingredient in cosmetics and fragrances.

I personally use it in madeleines, baklavas, almond cakes, orange creams and to make delicious summer drinks.

Now, here is one curious ingredient. Kewra (or Keora) — screw pine or pandanus blossom water — is a quintessentially South Asian ingredient. Kewra is a clear liquid and it's hard to describe the flavor of this essence, with its heady, floral-fruity honey notes that are unique to it. Kewra is used in Indian, Pakistani and Bangladeshi cooking, and is one of the ingredients that give this cuisine its mystery. It's not well known outside the subcontinent, but is a staple in ethnic kitchens all over the world.

It's used, similar to the above essences, in flavouring both sweet and savoury food. It's a staple in biriyanis and meat stews, and can be used instead of rosewater in most Indian desserts, particularly kheer (rice pudding) and gulab jamuns. Kewra is also used as a cooler in the hot tropical summers, and is added to desserts and summer drinks.

Most of these essences, particularly rosewater, which has become rather mainstream, can be found in the ethnic section of the grocery store; however, you might have to visit an Indian or Middle Eastern grocery to find orange flower water and kewra. These essences can also be found online. Make sure to look for natural essences and avoid any that say artificial fragrance on the ingredient list. These essences can be stored in your pantry or in a cool, dark place (like spices) and will last you quite a while.

Here are a few recipes that will whet your appetite for these beautiful ingredients. Please post your own recipe links showcasing flower essences in the comments below!

SUBSCRIBE TO GET YOUR FREE SPICE BOX EBOOK
You are subscribing to the FBC Food Lovers Newsletter.
You can unsubscribe any time!
Click Me
53shares

Yum! I love orange blossom water in a smoothie, or in coconut ice cream
http://theprimaldesire.com/paleo-orange-blossom-strawberry-ice-cream/
Chocolate lavender muffins, are always a hit, and lavender lemon cookies! Cafe Medina in Vancouver makes a rosewater pistachio white chocolate sauce for waffles that haunts my dreams!! A little flower essence goes a long way, I am excited about trying these recipes!!!

I love baking with rose water and orange blossom water! I also have dried rose petals and dried lavender, which make for a beautiful finishing touch to a dish (or for steeping in cream or something).

Here’s a recipe where I folded in rosewater into whipping cream for shortcakes: http://www.cocoabeanthevegetable.com/2015/07/blueberry-shortcake-with-rose-whipped.html

For beginners, I recommend being stingy with the flower essence waters at first because, as mentioned, they can be quite potent.

I’ll have to keep my eye out for Kewra. Thanks!

I found orange blossom water a bit strong. I was going to use it in place or orange liqueur when the LCBO stopped selling the smallest bottle of Grand Marnier. As for rose water, it’s very diluted and contain ingredients I’d rather not have in my body.