One Curious Ingredient: Learning About Rennet

In our monthly column, One Curious Ingredient, Michelle Peters-Jones explores the history and culinary use of ingredients or dishes that are unfamiliar to her — and probably many of us! Today, Michelle takes a closer look at rennet — both animal-based and vegetarian — and its role in cheesemaking. 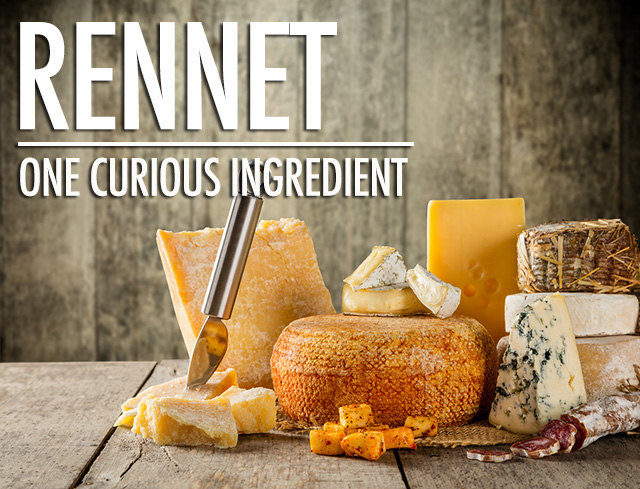 There's a recent study that's just come out, that mentions that cheese can be as much of an addiction as hard drugs. Well, we all knew that now, didn't we? So in the interest of all us cheese addicts, I decided to find out all about that curious ingredient, rennet, that's such an important part of cheesemaking and the cheesemaker's kit.

There's a foodie joke that goes around every so often: who first decided to put milk into the intestines of an animal and then find out that the curdled milk was kind of tasty? Put like that, cheese doesn't sound very appealing. However, that was exactly how cheese was "invented." The early Egyptians are credited with the discovery almost five thousand years ago, as they used the dried intestines of domestic animals to store liquids. Cheesemaking then evolved and animal rennet has been linked with it ever since.

It should not, thus, come as a surprise that cheese is not actually vegetarian. However, in this piece I'll also be looking at vegetarian rennet that's now used to make cheese vegetarian and vegan friendly.

There are several kinds of rennet that are used in cheesemaking today:

RELATED:  The Spice Box: Getting to Know Thyme

Can You Make Rennet?

Is it possible to make your own rennet? There are arguments both for and against; for example, the amount of rennet that should be used for various kinds of cheeses is very specific and the process is hard to narrow down. On the other hand, the process is considered traditional, as cheesemakers have handed down rennet through generations and some of it has been standardized for use in commercially produced cheese. Homemade rennet is generally frowned upon by food authorities, though, as the results can be variable.

Every culture in the world has a version of rennet that's used to produce the cheeses associated with the area. For example, in the Mediterranean, particularly Spain and Portugal, the cardoon thistle is used to make the rennet that coagulates the cheeses, whereas the majority of commercial cheese is mainly produced using FPC rennet, which has been considered controversial, but safe.

Which Rennet Is in Your Cheese? 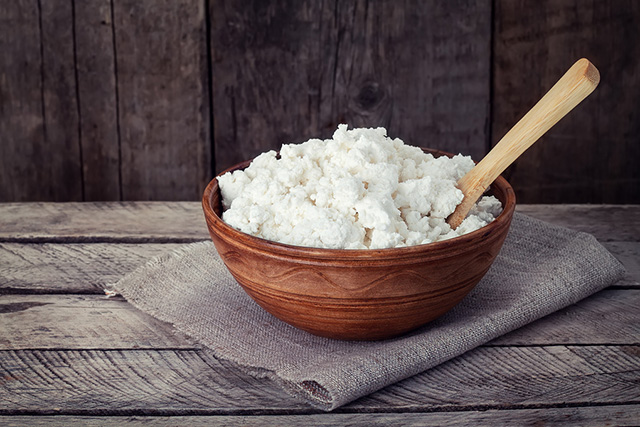 The best way to find out the rennet used to make your cheese is to read the labels. However, labelling of food ingredients can be confusing and complicated. The best way I've found to understand my food products is to visit the producer or an independent seller who is knowledgeable about the process used to make cheese. So if you have a local cheesemaker or a cheesemonger, go visit them and ask questions. The answers can be quite fascinating, and satisfy the most curious of us all.

Have you used rennet in any way? Let us know in the comments, including a link to any recipes you’ve posted!

Where can I buy rennet to make puddings (junket) in Ontario Canada?

Hi Lynn
We did a quick google and found quite a few sources. This one looked promising: https://glengarrycheesemaking.on.ca/. Looks like they’re still processing orders! Let us know if you have success.