The Spice Box – Getting to Know Paprika

Getting to Know Paprika is part of a monthly series here on FBC called The Spice Box. Primarily written by Michelle Peters-Jones, these articles create a spice primer for new and experienced home cooks alike! 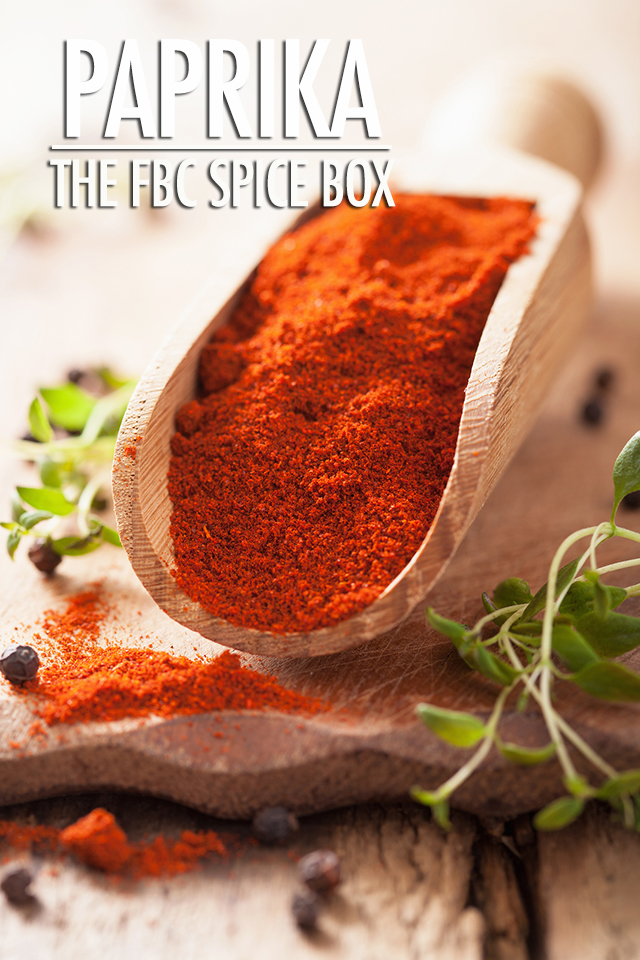 Paprika is one of those spices that's common all over the world, yet the type of pepper used to make this bright red spice is always contested. In the Mediterranean countries paprika is made using sweet red peppers, while in Latin America, spicier peppers are used. These peppers, however, all originated in South America and were transported all over the world, after which each region now has its own way of making this spice. Unlike chili peppers, the flavour of paprika does not all come from capsaicin, but from essential oils contained in these peppers.

Bright red, mild or hot, paprika is a spice that's common to kitchens all over the world, and is used variously from adding spice and heat to colour and fragrance to their cuisines. Hungary, the Netherlands and Spain are some of the major producers of paprika that's commonly used in cooking.

Production and Varieties of  Paprika

Paprika is produced by air drying and blending red peppers, mostly of the Alma variety, though other varieties are also used depending on the type of paprika that's made. Peppers are left to ripen, after which they're either air dried or dehydrated and ground to the fine red powder we know as paprika.  While drying peppers for paprika it's important to make sure that they're dried in an even, arid heat, away from bright sunshine (which can bleach out the colour of the peppers.) 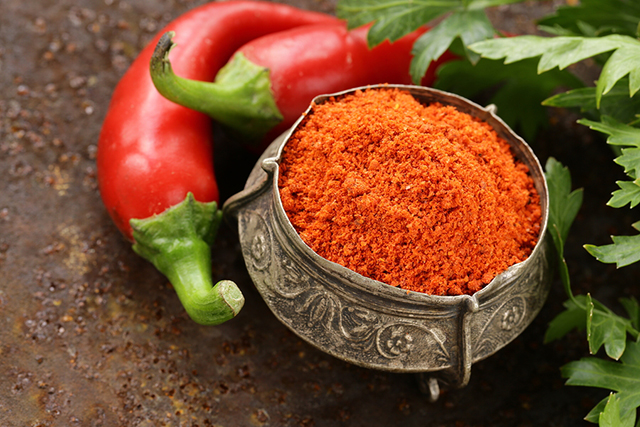 There are several varieties of paprika and they range from sweet to hot. Sweet paprika is also called Hungarian paprika, as the peppers used tend to be sweeter with a delicate, yet robust flavour. This is the most commonly found variety of paprika. Spanish paprika tends to range from mild to hot, and is also commonly used. Spanish paprika can also be smoked, which lends it its characteristic spiciness.

Even though a lot of us use paprika for heat and colour, it has a very distinctive aroma and flavour. It has alternately been described as sweet, pungent, spicy, earthy and smoky. Spanish paprika is also smoked, so the earthy taste is intensified. Paprika ranges from mild and sweet to hot and spicy, and is easily distinguished by its deep, dark red colour. Paprika is sometimes mistaken as cayenne pepper, but the two are very different from each other, with cayenne being a lot hotter than the hottest variety of paprika.

How to Use Paprika

Paprika is used as both a seasoning and a spice, and as a garnish. In Hungary, where it's a staple spice, it's used just like salt and pepper, on the table. While a lot of people sprinkle paprika on as a finishing spice to add colour to dishes, it's best when it's gently sauteed in oil to release its flavour. Smoked paprika and sweet paprika are two very different spices, and are used differently. While smoked paprika is a mainstay of Spanish cuisine, Hungarian sweet paprika is more universal. Paprika is used to make traditional European dishes like goulash, as well as in produced cured meats like chorizo. Smoked paprika is the main seasoning for paella.

Ground paprika loses its potency very soon, so it's best to buy it in small quantities and store it in airtight tins in a dark, cool place.

And finally, did you know that paprika is so important in Hungary that they even have a 'Paprika Museum' in Kalocsa? Definitely worth a visit, I would think.

What have you created with paprika? Leave a link to a recipe on your blog in the comments so everyone can check it out!

Was great to learn of this column – will check out the others. Hungarian paprika, with the various grades, is even more complicated… Explained on my site.
http://kitchenbliss.ca/paprika

I use this a lot in classic Hungarian soups.

Summer doesn’t feel like soup season – and yet cauliflower is all over the markets – maybe worth a try next week!

Thanks again for an interesting and informative read!

I have a goulash recipe that uses both hot and sweet paprika. I adjust the heat level to suit the crowd I’m cooking for, and it goes over well. This is one of my earliest blog posts, before I had a clue about food photography, but don’t let that deter you from a good recipe!
http://urbancottagelife.com/2011/12/09/extra-onions-goulash/

I love using smoked paprika. Smoked sweet to be exact. I go through at least a pound a year! I love goulash too, and my chili mix wouldn’t be the same without it.