Tapas were devised by the clever Spaniards.  To prevent fruit flies from swimming in their sweet glasses of sherry they covered (tapar-“to cover”) the mouth of their glass with a sheet of salty meat such as ham or chorizo.  My impression is that the serving of tapas is designed to encourage conversation because people are not so focused upon eating an entire meal.  In my early days in the restaurant business, we called it “grazing”.

Winnipeggers are known by a number of traits: we love salty, cured meats (kielbasa and Mennonite farmer sausage), we love to socialize (we are home to the unique phenomena of “the social”, after all) and we are thrifty and love a deal (why pay for a full course meal when we only want to nibble?).  Restaurants officially described as tapas style dining did not hit Winnipeg until December 1, 2009 when Segovia Tapas Bar and Restaurant opened.

Winnipeggers owe a great deal to Adam Donnelly, who has not only put Winnipeg on the Canadian culinary map but is responsible for the rebirth of tapas in Winnipeg.  Donnelly, a Red River Culinary Arts Grad honed his skills in the kitchens of Spain which inspired his own restaurant. From my first taste of Segovia’s Tortilla Española, I was hooked on tapas.  “Tortillas” means “little cakes” and can be made of eggs like an omelet or frittata.  With Chef Adam’s version, the richness of the eggs and generous aioli topping is countered with the grassy, freshness of soft herbs.  His Patatas Bravas are also topped with aioli and equally make me swoon.

A good friend to Adam is Chef Mandel Hitzer who is the Chef/Owner of another star on Winnipeg’s culinary scene.  Not only does Mandel serve up incredible small dishes from Deer + Almond in the Exchange District, but he and Adam dreamt up Winnipeg’s first pop-up restaurant which opens for three weeks each February, on the frozen ice at the junction of the historic Red and Assiniboine Rivers.

The first winter it was open, it caught the eye of McLean’s Magazine and this past year, Mandel was amazed with the amount of international attention it received.  Perhaps the reason is how fascinating Winnipeggers are; not just surviving the worst winter in over 100 years but thriving in it, by dining on a frozen river and loving every minute of it.  My favourite deconstructed/reconstructed plate of Chef Mandel’s is his Kale Caesar Salad-not only is the intense flavour of kale a surprise but so too is the inclusion of crisp and juicy-fleshed Granny Smith apples. 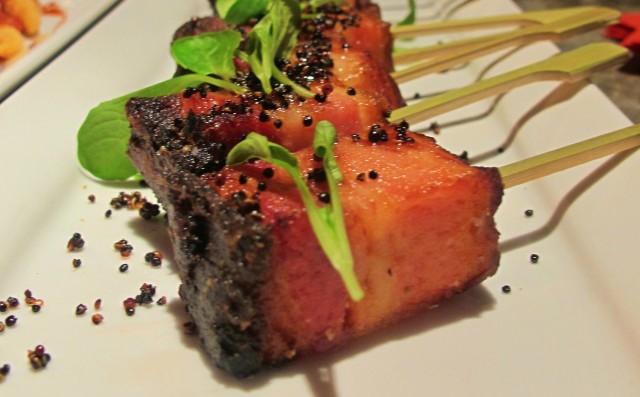 A third friend to Donnelly’s, is Chef Scott Bradshaw of Deseo Bistro.  Chef Scott is famous too: in May 2013, Deseo Bistro was ranked #38 on Vacay's Top 50 Restaurants in Canada.  Chef  Scott is Winnipeg’s answer to the passionate Gordon Ramsay (sometimes expressing some unfiltered thoughts) but I don’t give a hoot whom he has offended in the past, I let his food speak for him and his inventive comfort food is extraordinary, from his pan-fried brussel sprouts with pancetta and pine nuts to his melt in your mouth pork belly. 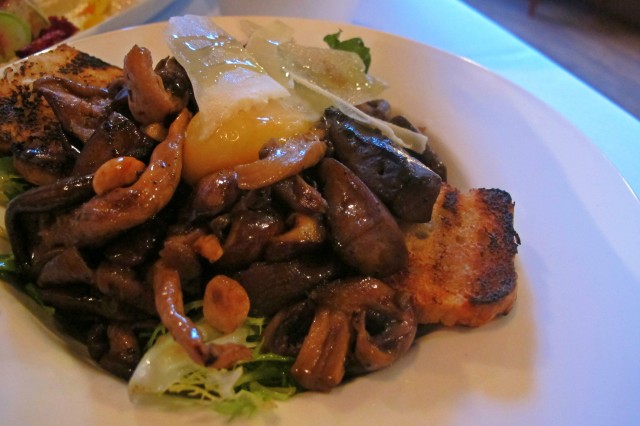 I believe that Winnipeg is a wonderful place to raise a family and was not surprised when I heard the story of Chew Restaurant owners Kristen Chemerika and Kyle Lew and their desire to select an alternate lifestyle for their family than the one that Toronto provides.  Their culinary pedigrees show with simple small plates of items like wild mushrooms, made rich and creamy when the poached egg yolk that was perched on top, seeped through the bounty from the forest.  My high compliment to Chew: it is “Segoviaesque”.

If I concluded without mentioning the house-made charcuterie of Peasant Cookery or the heart of palm salad of Carnavale, I would be remiss. So too, if I neglected the new players on the scene -Blue Marble Tapas & Lounge and Tapastry by Amici which I have yet, but cannot wait to sample.  Tapas and the culinary scene is alive and well, indeed brilliantly thriving in Winnipeg.

Restaurant Roundup - Tapas Tour of  Winnipeg was written by Kathryne Grisim.  Kathryne, the creator of Food Musings, loves sharing stories of the Winnipeg culinary scene with readers.  She has lived there all her life and thinks that it is the perfect location from which to travel the world.  Next stop: touring the tapas bars of Spain!  Connect with Kathryne on twitter at @FoodMuser and on Facebook.