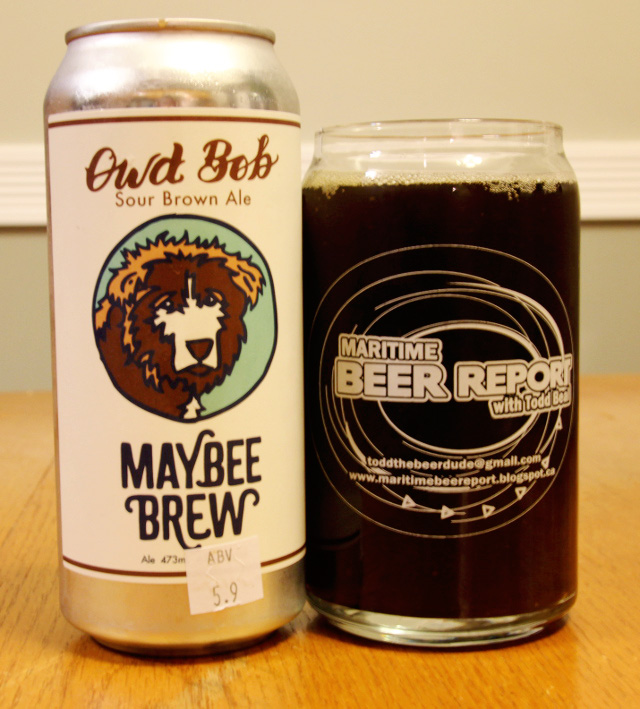 This month I check in to a couple of Sour Brown Ales. The Flanders Brown Ale or Oud Bruin style is from East Flanders with ales from Liefman brewery being typical. The style has a long aging process — up to a year — and then undergoes a secondary fermentation, which takes up to a month, and is then bottle-aged for several months. The extended aging of these ales allows residual yeast and bacteria to develop sour flavour characteristics.

Owd Bob Sour Brown Ale from Maybee Brewing in Fredericton, New Brunswick is brewed in honour of one of the Canadian sledge dogs that was on Shackleton's Endurance when it became trapped in the ice off Antarctica. The beer is a kettle soured bruin, which is not the traditional method. Owd Bob pours a very dark brown with a thin off-white head. The nose is coffee and roasty with a slight hint of sourness. The flavour is a slight tartness with hints of raisins and roastiness. A tasty, refreshing, interesting take on the style.

North Brewing's beer is brewed more traditionally. Ensō is aged in oak barrels for four months and then bottle conditioned. Normally the beer would be blended but they bottle each barrel separately. Ensō is a light brown with a thin white head and a low carbonation. The beer is tart and acidic with raisin and pear in the finish. I sampled Barrel 2 and didn't find too much of the barrel shone through.

The sour browns are an easy drinking beer, low in bitterness, refreshing and with a range of flavours.