The Spice Box: Getting to Know Lemongrass

Getting to Know Lemongrass is part of FBC's The Spice Box series, where we aim to help you build a well stocked herb and spice cabinet that takes your cooking to the next level! What is lemongrass and what is it good for? Read on to find out! 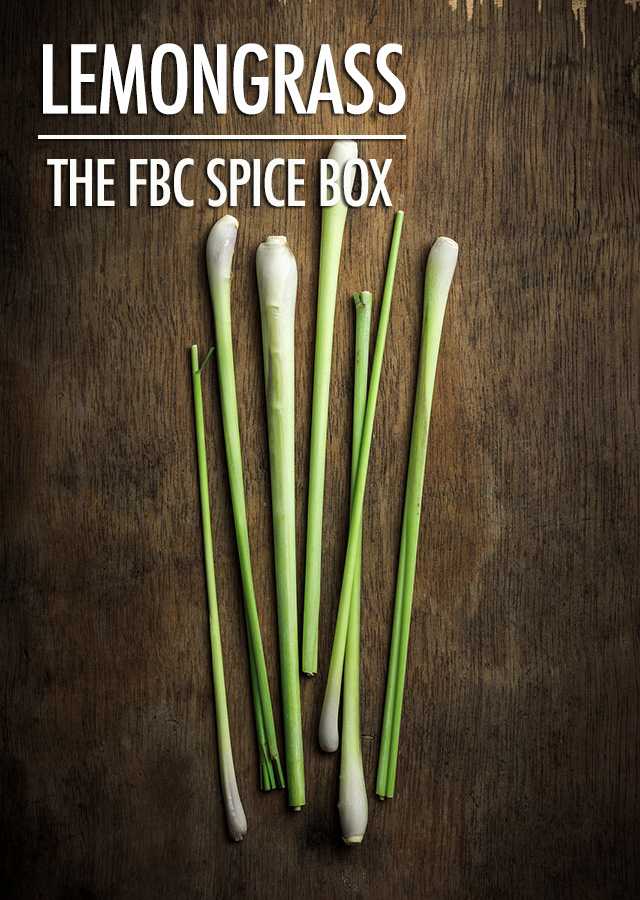 Lemongrass — isn’t the name of this herb just so evocative? To me, it's the perfect name for this tall grass that's a staple in Asian culinary and medicinal cultures.

Lemongrass is easily identifiable by its tall, tough stalks with their aromatic citrus scent. It's a perennial grass that can be easily cultivated from cuttings or stalks (more on growing lemongrass below). Originally native to Indonesia, this herb is cultivated throughout Southeast Asia and the tropics.

What is Lemongrass Used For?

Lemongrass is one of the staple herbs in Southeast Asian cuisine, as well as in East Indian traditional herbal medicine. It's best known for its use in curries, soups, stews and steeped into tea.

How to Buy And Store Lemongrass

If you buy your lemongrass in the grocery stores, the stalks last a while in your fridge. Make sure that the stalks you buy are a pale green without bruising, look fresh and feel heavy.

If the stalks are too light, it means that they've probably dried out. I like to wrap the stalks in damp paper towel and store them in the vegetable drawer.

How To Use Lemongrass in Your Kitchen

To use lemongrass, strip away the tough outer leaves until you get to the tender centres. Reserve the leaves to make Asian-style stock. My trick is to cut into the lemongrass stalks until my knife stops ‘squeaking,’ which means I've reached the centres.

These tender stalks are then used for cooking, while the outer leaves add flavour to your dish, but need to be removed before serving.

For blending or using lemongrass fresh in salads and stir-fries, you'll need to use the soft centres, and chop them finely before using.

To infuse lemongrass flavour, you can use the trimmed outer leaves by crushing them with the flat of a chef’s knife or in a mortar and pestle, until you can smell the aromatic oils. Add them to your braises, soups, stocks or tea. I like to remove the leaves before serving, but you can always leave them in, if you wish. Just warn your people not to eat or chew on them! The flavour of lemongrass intensifies the longer it's cooked, so use it later in the infusing process particularly as to not overwhelm other flavours. 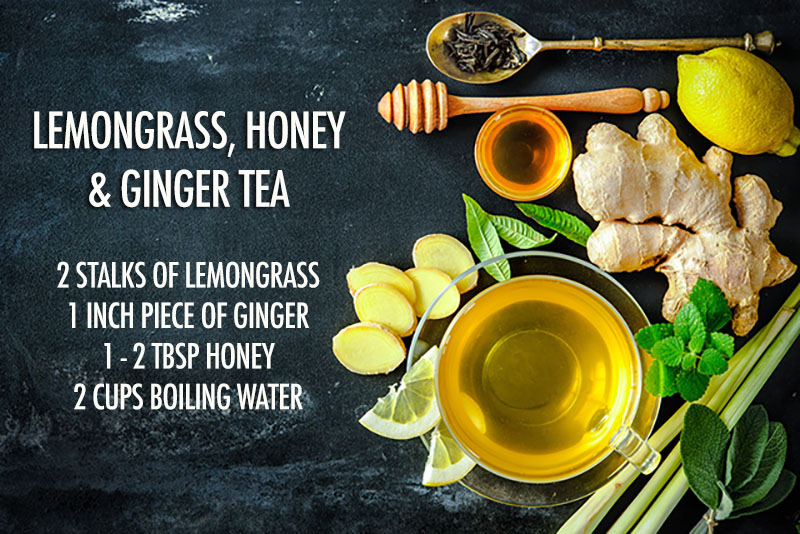 If you have a lot of lemongrass, you can finely chop the centres and freeze them in small plastic bags. You can also puree them before freezing, to make life easier. The outer leaves can be dried and powdered for use in your dishes.

How to Grow Your Own Lemongrass

As I mentioned earlier, lemongrass is a perennial grass that can be easily cultivated from cuttings or stalks and you can grow your own. But, it needs sunlight and you'll have to overwinter it indoors.

RELATED:  The Spice Box - Getting to Know Rosemary

The best way to start lemongrass is by placing a few stalks in a bowl of water on a sunny windowsill (and yes, you can use grocery bought fresh young lemongrass stalks to start them). When little roots start to appear, you can either transplant to a large pot indoors, or move it directly into the garden.

Lemongrass needs moist soil and frequent fertilization to grow. As lemongrass is naturally insect repellant, you don’t have to worry too mush about pests. The stalks grow quite tall, so keep them trimmed, if you prefer. Slice off the plant close to its root to harvest.

Lemongrass is used widely as a medicinal ingredient, probably even more so than a culinary one. It's a staple in the traditional Indian medicine, Ayurveda, and it's used in a medicinal tea to help with everything from tummy upsets to anxiety.

Lemongrass oil is naturally antifungal and an insect repellent, so it's used as a natural pesticide, and one of the most common uses of it is in citronella candles that are used as a mosquito and bug repellent.

And finally, did you know that cats love lemongrass? They'll chew on the stalks if you grow them indoors; however, lemongrass oils can sometimes be toxic to cats, so keep them away from the grass. Lemongrass has also been called ‘fever grass’ as it's used as an anti-malarial treatment in parts of Africa. 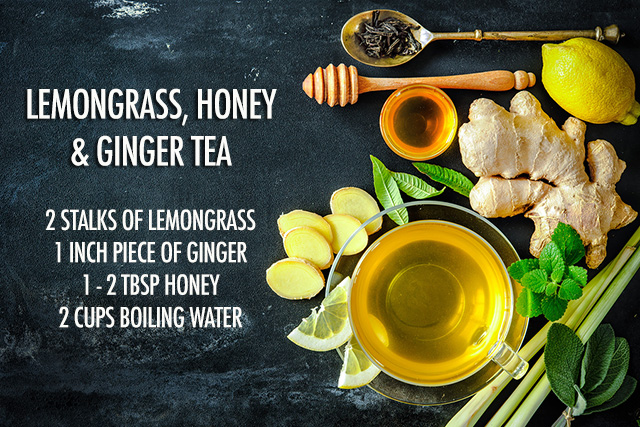 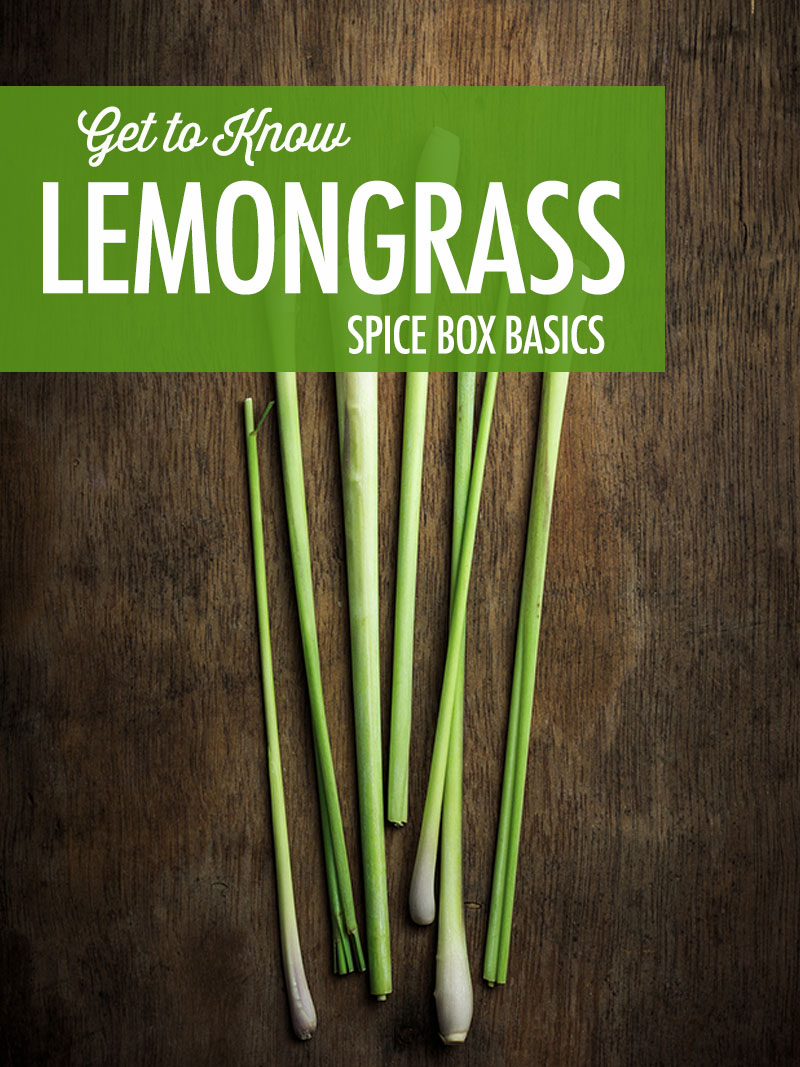