The Spice Box: Getting to Know Marjoram

Getting to Know Marjoram is part of a monthly series here on FBC called The Spice Box. Primarily written by Michelle Peters-Jones, these articles create a spice primer for new and experienced home cooks alike! 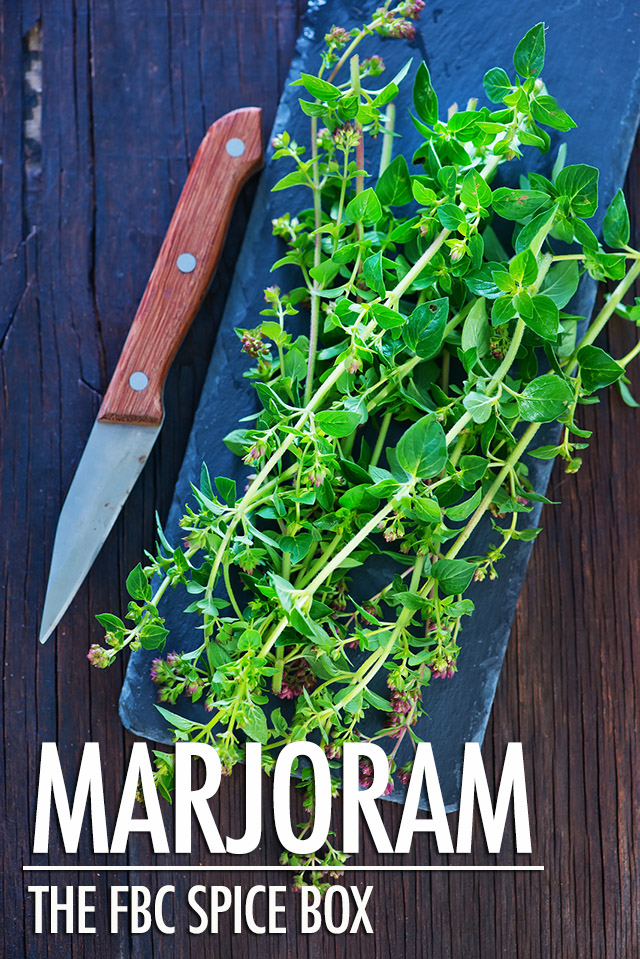 In his All's Well That Ends Well, Shakespeare uses the compliment, "The sweet marjoram of the salad, or rather the herb of grace," from the Clown to the Countess. And what a well-deserving herb The Bard uses as an example!

One of the best things about a Canadian summer — well, any summer, actually — is sitting outside or walking around in the warm sunshine and breathing in the fragrance of fresh herbs. And the best part is that this isn't just limited to people with gardens, as you can just as easily have a few planters on your balcony or your kitchen windowsill to enjoy this unique pleasure.

A relative of, and sometimes mistaken for, our well-beloved oregano, marjoram is one of those familiar summer herbs that fragrances our gardens and kitchens. And let's face it, it's a beautiful herb to have around, not just for its fragrance but also aesthetically, with its tender, delicate green-white leaves and those tiny pink and white flowers. And in the culinary world, this is one of those herbs that is well used in everything from soups to stews to roasts and even some desserts.

How to Grow Marjoram

Marjoram is quite a well-known herb, and is native to the Mediterranean region. Wild marjoram, sometimes known as za'atar (the herb, not to be mistaken for the spice mix), was used by ancient Egyptians, Greeks and throughout Europe and the Middle East. European women used it in their small bouquets called nosegays, which is referenced by Shakespeare in the quote above.

While it can be sensitive to cold, marjoram can now be grown all over the world to the delight of many a gardener.  You can grow marjoram indoors or outdoors. If planting in a pot, make sure that the soil is rich and well drained, and the plants spaced apart. If planting outdoors, you can start from seed or via cuttings. Transfer them outdoors after the last frost warning, planting them spaced apart, so the plants have room to grow. They are very suitable for rock gardens.

Keep them well trimmed so they stay bushy, pinching off flowers if you prefer to keep them as a culinary, rather than a decorative, herb. The culinary version is sometimes called sweet marjoram, to distinguish it from the aesthetic one, even though technically they are both edible. Use the leaves fresh or dry them in a dehydrator or a low oven to preserve them.

RELATED:  The Spice Box: Getting To Know Nutmeg & Mace 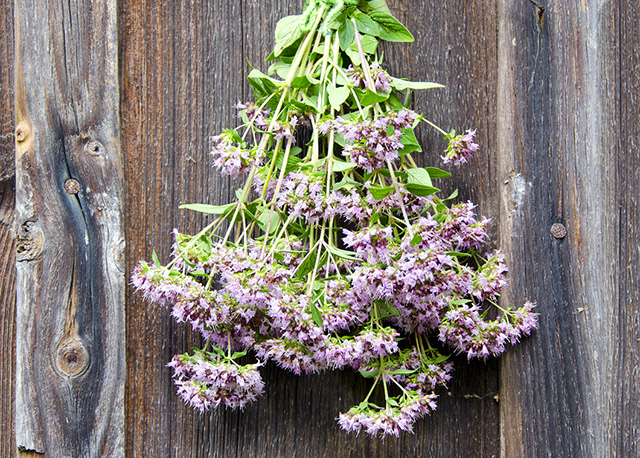 Marjoram is similar enough to oregano that they are occasionally mistaken for each other. Marjoram, however, is more delicate than the robust, spicy oregano, and the flavour tends towards the mint family: warm, and sweet with a stronger floral undertone. In cooking, it's normally used either fresh or dried, though some cooks will also use the essential oils to add a stronger flavour.

This complex flavour is well matched with a plethora of Mediterranean- and European-inspired dishes. Use marjoram as you would use oregano, in soups, stews, meat braises and steeped into tea. While not as a strong as oregano, it's always a good idea to build it up to the level that you like instead of adding too much at a time. Dried marjoram keeps its fragrance and aroma, so can be very easily substituted for fresh. Rub it over roast chicken with a hint of lemon for a simple twist on a classic dish.

Non-Culinary and Medicinal Uses of Marjoram

Like most herbs, marjoram was originally used by the ancients as a medicinal herb, mainly for detoxifying, as well as an antidote for poisons. It is known to be an anti-oxidant, an anti-inflammatory, an antiseptic and a soothing herb. It also contains vitamins, calcium and iron. It's a well-known digestive, similar to mint, and can relieve symptoms of stomach upsets. It's also known to relieve insomnia and muscle aches and pains.

Marjoram as an essential oil is a staple in the cosmetic industry, and mainly used for face creams, lotions and antiseptic soaps.

And finally, did you know that marjoram is used as a dye to colour woolen clothes purple or olive green? A vast amount of commercially grown marjoram is used to make marjoram tea. It was also used as a preservative for ale, much before the introduction of hops.

What are your favourite uses for marjoram? Let us know and link to your own recipes in the comments!

Have a spice you’d like to see profiled? Let us know in the comments!