Canada’s Craft Beer: A Walk in the Orchard & Herb Garden

This week’s Canada’s Craft Beer post comes from our Eastern Canada craft beer guy, David Ort, as he looks at beer that breaks from tradition by adding fruit and herbs! 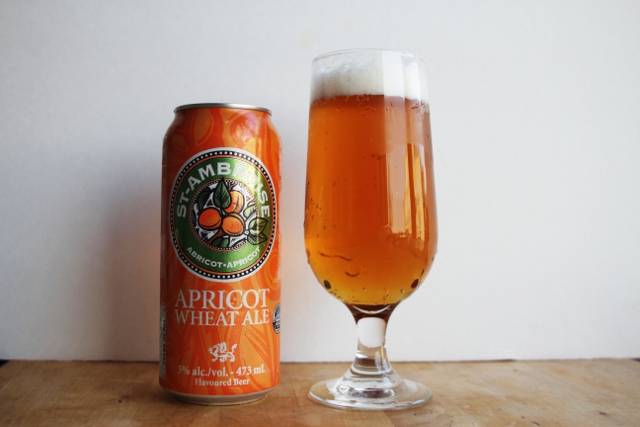 In the world of craft beer, "adjunct beers" is a dirty word. In the glossary to Tasting Beer, Randy Mosher introduces the term as "any fermentable added to barley malt, especially rice, corn, and roasted unmalted wheat, roast barley, sugar, etc." Usually, it's used to refer pejoratively to beer that includes rice or corn for economy’s sake or to appeal to lowest-common-denominator palates. So, Molson Canadian and Labatt Blue are adjunct lagers.

This spacious umbrella of a category also covers beers that have fruit in them. Here again we have a further division between good and evil. Some fruit beers are sickly sweet and marketed in an exceedingly patronizing way to customers. The shining light in the tunnel is really excellent beer that has fruit, vegetables (the technically correct label for pumpkin beer), and herbs for added, complex flavour.

The can says “apricot” twice (plus a third time in French), three of them are pictured on the label, but just in case, I want to be very clear that there is nothing subtle about the apricot in St. Ambroise Apricot Wheat. If you like a beer with a faint note of fruit that “lingers in the background” this may not be the one for you.

From the can, this beer pours an attractive amber gold which becomes lighter yellow at the edges of my glass. It’s hard to find anything in the aroma other than bright, floral apricots. The flavour strikes a more even balance between an opening shot for the stone fruit and a malty, slightly bitter finish from the beer base. It’s a strong contrast that completes the necessary task of resetting my palate in anticipation of another sip. 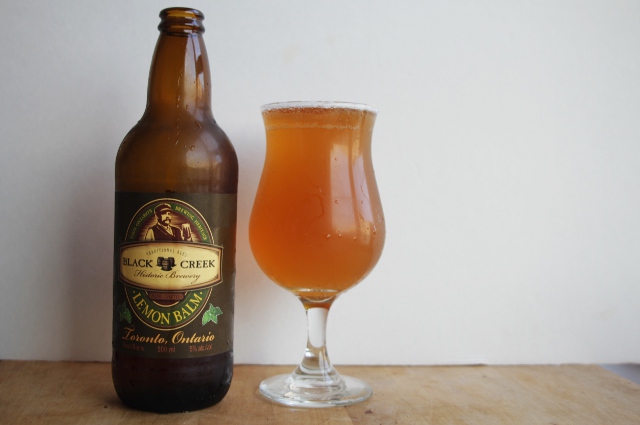 Herbs don’t contain fermentable sugar so they are technically more of a flavouring than an adjunct. All the same, beers with herbs, this one included, are definitely variations from tradition.

This Black Creek Bewery pale ale is a brassy gold with very little foam. The aroma features the harmonious combination of citrus zest and mint. Its flavour opens with an intriguing mild herbal notes and then swings to a malty and quite bitter ale note. Again, this swing is wild enough that I wanted to dip back into the glass to confirm what I’d observed.

For wider distribution, a larger, commercial batch was made under contract at Trafalgar Ales and Meads. By visiting the Black Creek Historic Brewery in Toronto you can (at certain times of year) try the version brewed on their historically accurate brewing equipment and with lemon balm grown on the property.

ABV 5% Available in ON

I hope we’ve managed to shift two sets of opinion today. First, fruit beers don’t have to be overly saccharine and one-dimensional. Also, there are plenty of interesting options outside the usual brews for summertime experimentation.

David writes about food, travel, and craft beer for various online and print publications. His first book, The Canadian Craft Beer Cookbook, is in bookstores and available for purchase online. For more of his thoughts on all things edible and potable follow him on Twitter or get in touch with him at david@foodwithlegs.com.

I absolutely LOVE the st Ambrose Apricot Ale, and that lemon one sounds pretty delicious too! It appeals to those who aren’t in love with the traditional beer taste (like me) and gives a nice fresh new taste.

[…] Head over to the Food Bloggers of Canada site for my full review. […]