This week’s Canada’s Craft Beer post comes from our Eastern Canada craft beer guy, David Ort and he takes a look at some plain old pale ales from Ontario and Quebec. 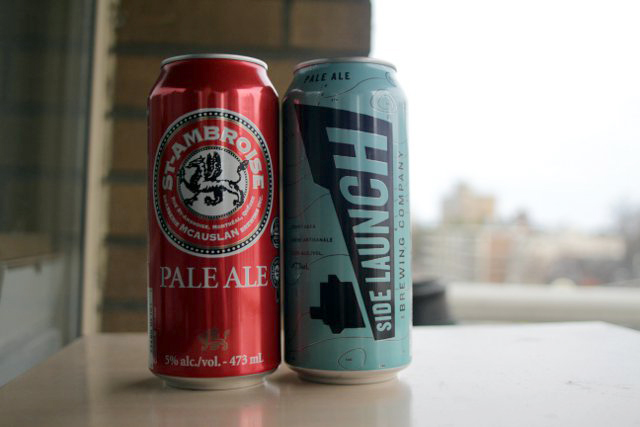 Apparently, brewers these days face pretty intense pressure to gussy up their pale ales. We know all about the strong hoppy ones that have recently been joined by session pale ales and black India pale ales. (No one said the names for beer styles had to be free of contradiction.) But this month I have two from Canadian craft breweries that are more straightforward.

From Ontario we have the Side Launch Pale Ale and from Quebec the St. Ambroise Pale Ale. They both fit into the American pale ale sub-category, but embody the general appeal by balancing sweet malt flavours against a contrasting, yet harmonious hop bitterness.

The St. Ambroise brand is made by Montreal’s McAuslan Brewing and is definitely one of the most established names in Canadian craft beer. Side Launch is a relatively new brand — the Collingwood brewery opened about a year ago — but gets its track record from its head brewmaster, Michael Hancock, and his well-regarded recipes.

The cloudy, copper-amber colour is set off by a foamy white head. The aroma of Side Launch’s pale ale leans to sweet bread dough in the early stages of rising with just a light citrus touch. These are joined by flavours of a touch of caramel and a clean, gently bitter finish.

Balance is the unstated slogan for this pale ale. It starts sweet and finishes bitter, both in equal measure. 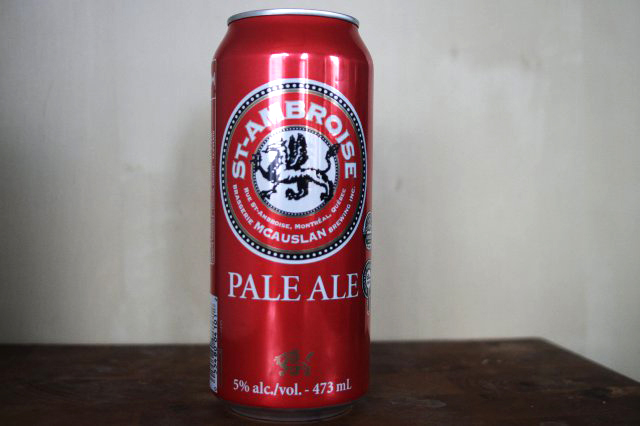 At over 25, the St. Ambroise Pale is definitely one of the most senior members of its club. This strikingly clear, amber beer is topped with a rocky, white head. Sweet caramelized malts, a roasted nuttiness and a touch of pine make up the aroma list. It’s remarkable how sharply the flavours of sweet malt and subtle bitterness stand apart in this beer.

Again, this is a balanced pale ale that is well-suited to a wide variety of occasions and food pairings.

ABV 5%, Available in ON and QC

By all means go out and explore the diversity of pale ales that we can now find on shelves. But when you’re tired of variety for variety’s sake you now have two standbys to come back to.