This post is part of our ongoing series, Canadian Wine — specifically, Canadian wine regions and wineries, and the remarkable wines they produce. Today, Meaghan Carey takes an in-depth look at Ontario wine country, where the majority of Canadian wine is produced.

It's fair to say that Ontario is the epicentre of Canadian wine. Canada’s first commercial winery was established in 1811 near Mississauga, and the first Canadian estate winery on Pelee Island (in southwestern Ontario) in 1871. Today, Ontario is responsible for approximately two-thirds of Canadian wine production, the vast majority of which is from the Niagara Peninsula.

In regard to the agriculture industry, grapes now account for over 40 percent of the commercial fruit production in Ontario. This makes the business of growing grapes and crafting wine a significant contributor to the Ontario economy.

While Ontario (and Canada in general) continues to be considered small in the global wine industry, there's been recent growing attention and appreciation for the cool climate wines that Ontario's passionate and innovative vintners are crafting. This is more impressive given that Ontario isn’t always the easiest place to make wine.

Ontario can experience extremely cold and long winters that can damage —and even kill — a vine. There's also risk of early and late frosts that don't plague other wine growing regions on the same latitudes (such as France). And if the cold winters weren't enough, the important Niagara Peninsula can be greatly impacted by the high humidity created from Lake Ontario, which can cause rot to spread quickly.

However, these climatic challenges are just one part of the story, and with risk comes reward!

Ontario wines are now becoming world renowned for achieving a wonderful balance among acidity, alcohol and fruit expression. Ontario’s unique terroir is showcased in key varietals that thrive in the region, such as Chardonnay, Riesling, Cabernet Franc and Pinot Noir.

What is Cool Climate Wine?

One term you might hear associated with Canadian wines, and Ontario wines in particular, is "cool climate." This should come as no surprise given the, at times, cool (and down right cold) weather we Canadians enjoy. The term cool climate refers to the temperature that the grapes are grown and harvested at. The average growing temperatures greatly impact the type and style of wine a vintner can make.

Warm climates (such as California, South America and Australia) tend to have consistent temperatures throughout the year, which allows the grapes to fully ripen. This produces wines with big, almost jammy flavours that are low in acidity and generally higher in alcohol.

As you can imagine, the opposite is true for cool climate regions (such as Ontario, New Zealand and Northern France). These regions often battle with the weather as fall settles in and temperatures begin to cool quickly. Cool climate regions may see daytime highs at the peak of summer similar to warm climate regions, but it's the quick decline as harvest nears that makes these regions cool. The grapes don't ripen to the same extent as in warmer climates, which produces wines with higher acidity, tart fruit flavours and more minerality.

The higher acidity and balanced complex flavours make wines crafted in cool climates extremely food friendly, as they complement, not overwhelm, the flavours of the food.

What does VQA on a wine label mean?

For consumers of Ontario wine, when you see VQA (Vintners Quality Alliance) on your wine bottle it means the wine is made from 100 percent Ontario-grown grapes. It also indicates the wine has been tasted and tested pre-release to ensure it meets standards for quality.

A complex regulatory agency is tasked with maintaining and enforcing standards within Ontario’s wine industry:

VQA Ontario is Ontario’s Wine Authority, a regulatory agency responsible for maintaining the integrity of local wine appellations and enforcing winemaking and labelling standards. VQA Ontario does not represent the wine industry in Ontario and is not a marketing agency. (VQAOntario.ca)

The VQA system was first developed in Ontario, spurred on by the enactment of free trade in 1988. As you may be aware (or recall from last month's article on BC Wine Country) there is also the VQA BC, which was modelled after the Ontario system.

The VQA was first established in 1989 as wine industry leaders collectively established a framework for an Ontario wine appellation system that would assure consumers of both the quality and authenticity of their wines. The industry also viewed this new system as a tool to compete against imported wines and establish their legitimacy as a global wine region.

In 1999 the VQA Act was ratified into Ontario law, and it is administered by VQA Ontario. The system is voluntary, but the vast majority of wineries participate. As of 2018, there are over 160 wineries are members of the Ontario VQA. (but not all participate - like Pearl Morissette who actually used their VQA experience as part of their overall branding!)

What are Ontario’s wine regions? 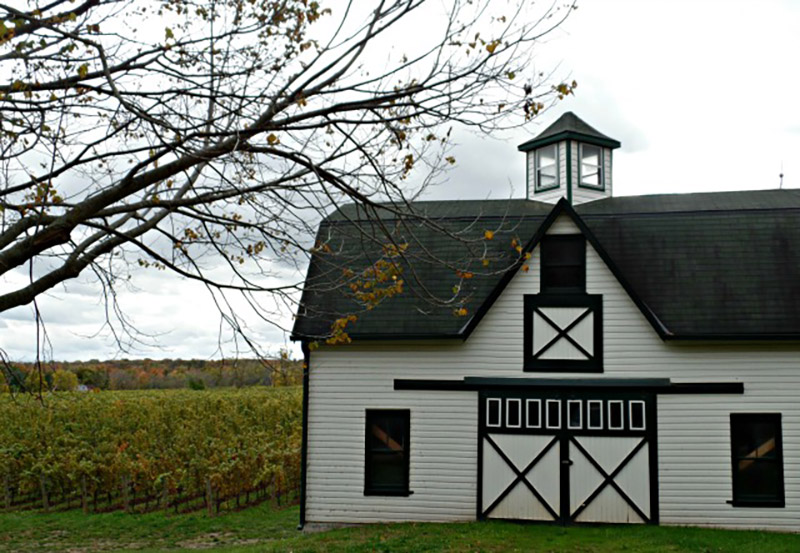 Ontario’s wine regions stretch along the cool climate belt, from the southern tip of the province to the more northernly Prince Edward County. There are over 15,000 acres of land under vine within Ontario’s three recognized Viticultural Areas or appellations:

The Niagara Peninsula is Ontario’s most important viticultural area. It accounts for over 70 percent of all VQA wine produced, with over 13,000 acres under vine.

The Niagara-on-the-Lake appellation is considered to be “the birthplace of Ontario’s modern wine industry” and is home to larger wineries, such as Peller Estates and Inniskillin Niagara Estate. It includes four sub-appellations:

The Niagara Escarpment is a recognized UNESCO World Biosphere Reserve supporting hundreds of unique species. It's considered to the most active wine producing region in Ontario and is home to sustainability leader Malivoire Wine Company. The region encompasses three sub-appellations:

The remaining three sub-appellations are:

One of the unusual factors about Niagara is that the vineyards are predominantly north-facing. This is a rare situation for vineyards in the northern hemisphere (which are typically south-facing to capture more sunlight). 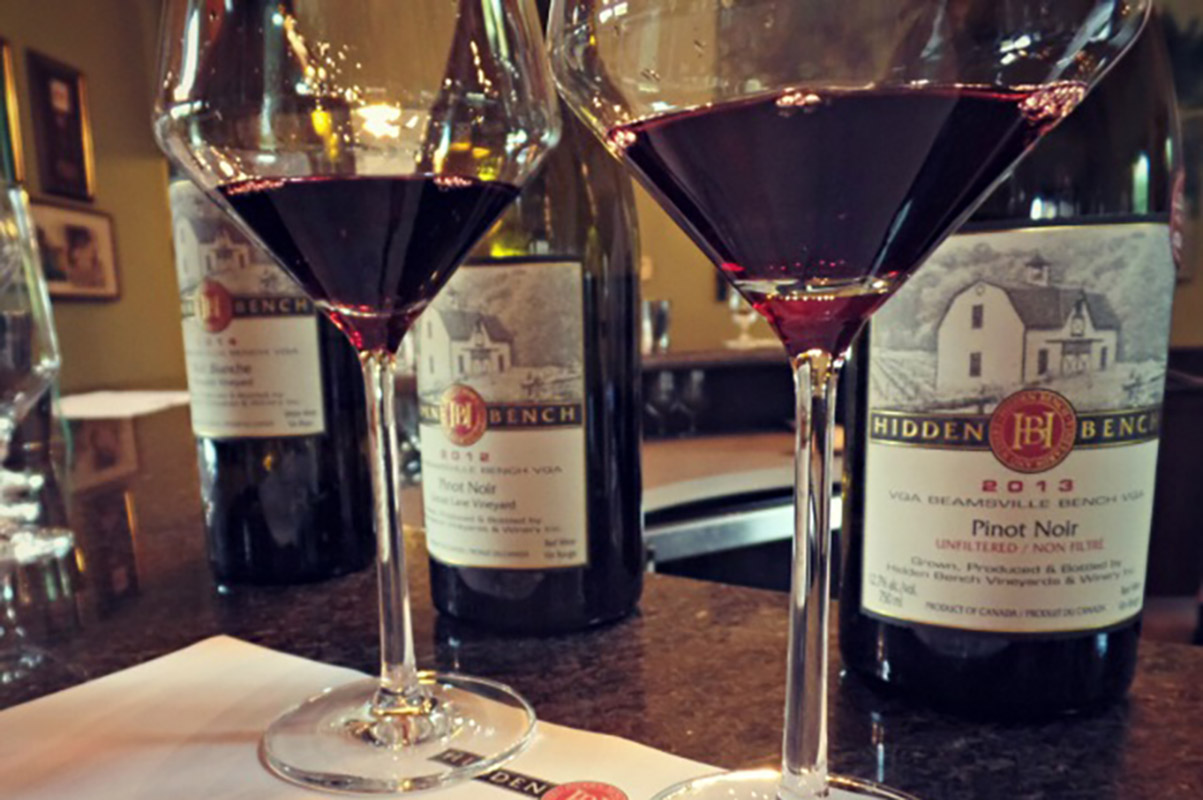 The Lake Erie North Shore appellation is in southwestern Ontario, Canada’s most southern wine growing region. This narrow appellation boasts Ontario’s longest growing season, but thanks to warm summers the 13 vineyards that hug the northern shore of Lake Erie generally have early harvests.

A result of the warmed growing season is the ability for vintners to produce rich, full-bodied wines. The region's wineries have been gaining a strong reputation for making quality Bordeaux-style reds, and are having increasing success with Syrah.

As noted above, this is Canada’s oldest wine region, but it hasn't grown at the same pace as Niagara or even Prince Edward County in recent years. The region is home to Pelee Island Winery and Colio Estate Winery, which opened in 1979 and 1980 respectively.

The County has quickly become the darling of the Ontario wine scene and one of Canada’s top tourist destinations. It could be called an overnight sensation, growing from zero to over 40 wineries in just over 15 years. This unique region is a culinary paradise, with excellent restaurants, craft breweries and distilleries; however, wine is at the heart of this quintessential cool climate region. It's home to such wineries as Norman Hardie Winery, Rosehall Run and Grange of Prince Edward Estate Winery.

Knowledge, creativity and a certain amount of bravery have been pushing the boundaries of what's considered wine country in Ontario for the past 10 years.

In total there are a further 150 acres of vines are planted outside of the recognized appellations. These areas are considered to be emerging wine producing regions that may someday receive an appellation designation.

One promising area would be Eastern Lake Erie or South Coast (near Long Point), which has several vineyards and a handful of wineries. Northumberland County (which neighbours Prince Edward County), the Oak Ridges Moraine just north of Toronto, and the Georgian Bay regions are all considered to be emerging areas of Ontario’s wine country.

It's expected that these non-traditional wine growing areas will continue to expand as consumer demand continues to drive growth in locally sourced products, and as the wine industry matures in Ontario.

What grapes are grown in Ontario?

From Aligoté to Zweigelt, there are currently 103 varietals permitted by the VQA. All are either Vitis vinifera or are hybrids. In terms of overall production, Riesling, Chardonnay, Cabernet Franc and Merlot account for more than half of VQA wine production and they are evolving to become the core varieties.

SUBSCRIBE TO GET YOUR FREE SPICE BOX EBOOK
You are subscribing to the FBC Food Lovers Newsletter.
You can unsubscribe any time!
Click Me
53shares