Iconic Canadian Food: The History of the Caesar, Canada’s Cocktail

Welcome to our series, Iconic Canadian Food! You know which classic Canadian dishes you love, but do you know the stories behind them?  Gabby Peyton shares the back stories of  a smorgasbord of iconic Canadian dishes. This time, Gabby explores the quintessentially Canadian cocktail, the Caesar. 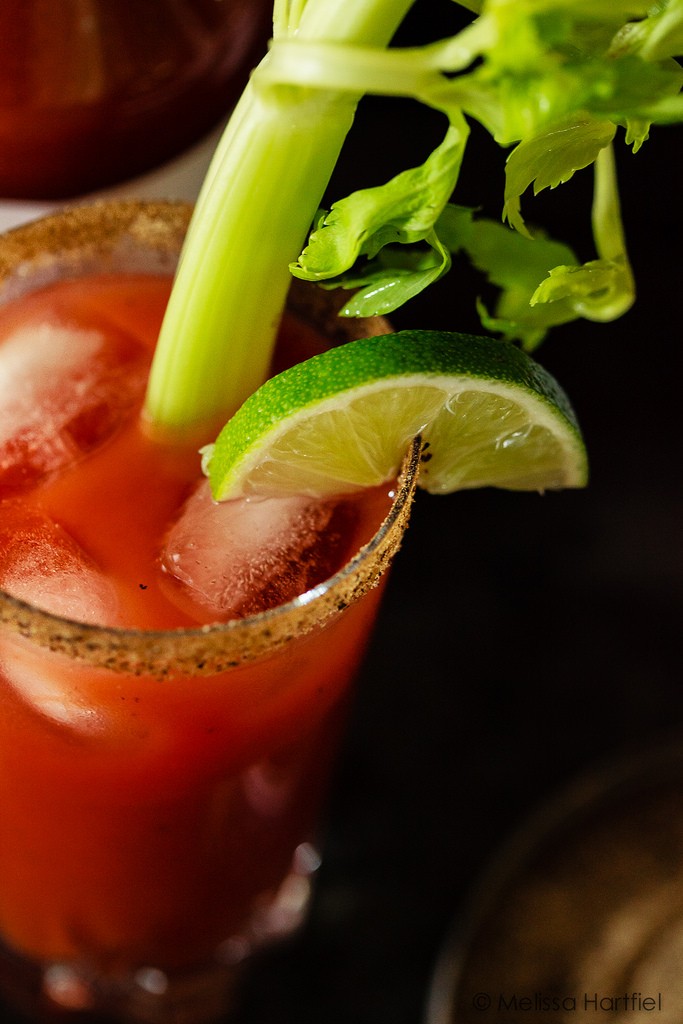 Caesars are the best-kept non-secret secret in Canada. If you walk into a bar south of the border and ask for one, there’s no doubt you’re getting a Bloody Mary — the thicker (and lesser, in my opinion) older sister of our beloved hangover cure.

The Bloody Caesar or, as it’s more affectionately known, the Caesar is probably the most Canadian thing you can drink aside from a glass of Canada Dry ginger ale or Molson Canadian. In 2006, the drink was honoured as the 13th greatest Canadian invention and just over ten years later, we’re guzzling more than 400 million Caesars a year; that’s more than 33 million every month! There’s even a national Caesar day — make sure to conjure up a Caesar on May 18.

The original recipe is simple: vodka with Clamato juice, a dash of Worcestershire, a squeeze of lime and served in a glass of ice rimmed with celery salt. While the recent trend has careened towards skyscraping garnishes and potions of juices, one thing is for sure: Canadians will never clam up about Caesars. They’ll continue to order them in American bars and get the same perplexed looks from the bartenders.

While some culinary origin stories have a muddier history, there’s no question about who invented the Bloody Caesar. In 1969 Walter Chell worked as a bartender at the Calgary Inn (now the Westin Calgary) and was asked to conjure up a signature cocktail for Marco’s, the new Italian restaurant at the hotel. Inspired by a dish on the menu — Spaghetti Vongele (spaghetti with clams) — the Caesar was born after three months of development.

Unlike the salad (named after the guy from Tijuana who invented it), this cocktail was actually named after the historic leader. Chell’s granddaughter claims it was in homage to his Italian heritage. Legend has it he had originally called the drink by the simpler “Caesar,” but a regular British customer of the hotel was heard exclaiming, “Walter, that’s a damn good bloody Caesar!” and Chell added the British colloquialism to the name.

Despite the legendary invention, there’s some question about the originality of Canada’s favourite libation. Recipes for New England clam juice and vodka cocktails date back to 1909, and in Ritz Paris bartender Frank Meier’s 1936 book The Artistry of Mixing Drinks there’s a clam cocktail made with “a teaspoon of Tomato Ketchup, a small pinch of Celery salt, two or three drops of Tabasco sauce, one glass of clam juice; shake slightly and serve.”

Ironically Mott’s was also developing Clamato juice in California at the same time Chell was creating the Caesar. While sales were small initially, with the rising popularity of the Caesar in the 1970s, sales exploded in Western Canada. There’s no doubt Chell’s Calgarian cocktail creativity helped skyrocket Clamato juice.

RELATED:  FBC is Proud to Partner with Mealshare

All Hail the Caesar Revolution?

While the Caesar has remained a classic in the Canadian cocktail compendium, it’s also risen to #foodporn status on Canadian food bloggers’ Instagram accounts. In the past decade there’s been significant evolution of the Caesar. Newer variations of the Caesar include using horseradish instead of Worcestershire, and adding hot sauce or other spicy ingredients like wasabi, Sriracha or even jerk spice.

The Score on Davie in Vancouver is said to have started the trend of putting more-than-ample garnishes on the Caesar with their caloric catastrophe called the Checkmate Bloody Caesar. This $60 “drink” is topped with roasted chicken, the Score burger, a pulled pork Sriracha glazed slider, onion rings, chicken wings, a pulled pork mac and cheese hotdog and a brownie for dessert. Everything from lobster claws to Montreal smoked meat sandwiches have been balanced on the Caesar’s rim, and there’s no sign of it stopping. There have even been ice cream sandwiches and margaritas.

Build-your-own Caesar bars have also become a popular brunch staple in pubs across the country, at places like Pogue Mahone’s in Toronto and Durty Nelly’s in Halifax. Some criticize gluttonous gulps like the Scores, and many bartenders (and hungover patrons) still opt for a simpler approach.

Getting Clammy Across the Country 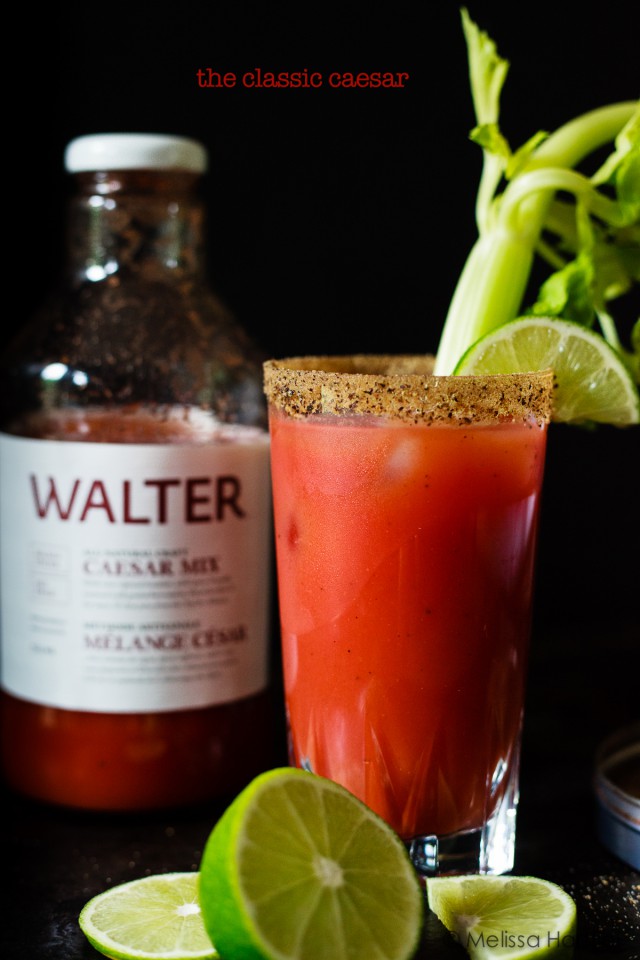 Even Mott’s is jumping on the proverbial bandwagon: in 2000 they introduced ready-made Caesars across the country, and have made several variations on their original blend of Clamato including Extra Spicy, Lime and The Works. Just this year, they introduced Pickled Bean Clamato Juice. A few years ago, they also ran a contest to hire a CMO (or Chief Mixing Officer), won by Clint Pattemore. In 2014, he published a book entitled Caesars: The Essential Guide to Your Favourite Cocktail.

Then came Walter. In 2013 this Toronto-based Caesar mix came onto the scene made with all-natural and high-end ingredients like small batch vine-ripened tomatoes, horseradish and North Atlantic clam juice. French’s is also set to release their Not Your Ordinary Caesar Cocktail Mix in grocery stores in 2017.

Whether you enjoy the classic Caesar, or prefer one of the new creations, there are few things more Canadian than this iconic cocktail.

Iconic Canadian Foods is written by Gabby Peyton. Gabby is based in St. John's, Newfoundland and blogs at The Food Girl in Town. She’s a culinary adventurer and freelance writer, focusing on travel, food and drink writing with a dash of historical work. You can follow Gabby on social media at Facebook, Twitter and Instagram.

Such an interesting article, Gabby! I loved learning more about the history of the Caesar. Cheers — I’m planning to indulge this weekend!

Great article! I could really go for a Caesar now!