In our continuing Canada's Tastemakers series, we profile people who are making an impact on Canada's food scene,  from authors to producers to chefs and more. Today Tiffany Mayer talks to Lynda Turner, founder of Fauxmagerie Zengarry. Her delicious cashew cheeses are satisfying the cravings of plant based eaters across the country. 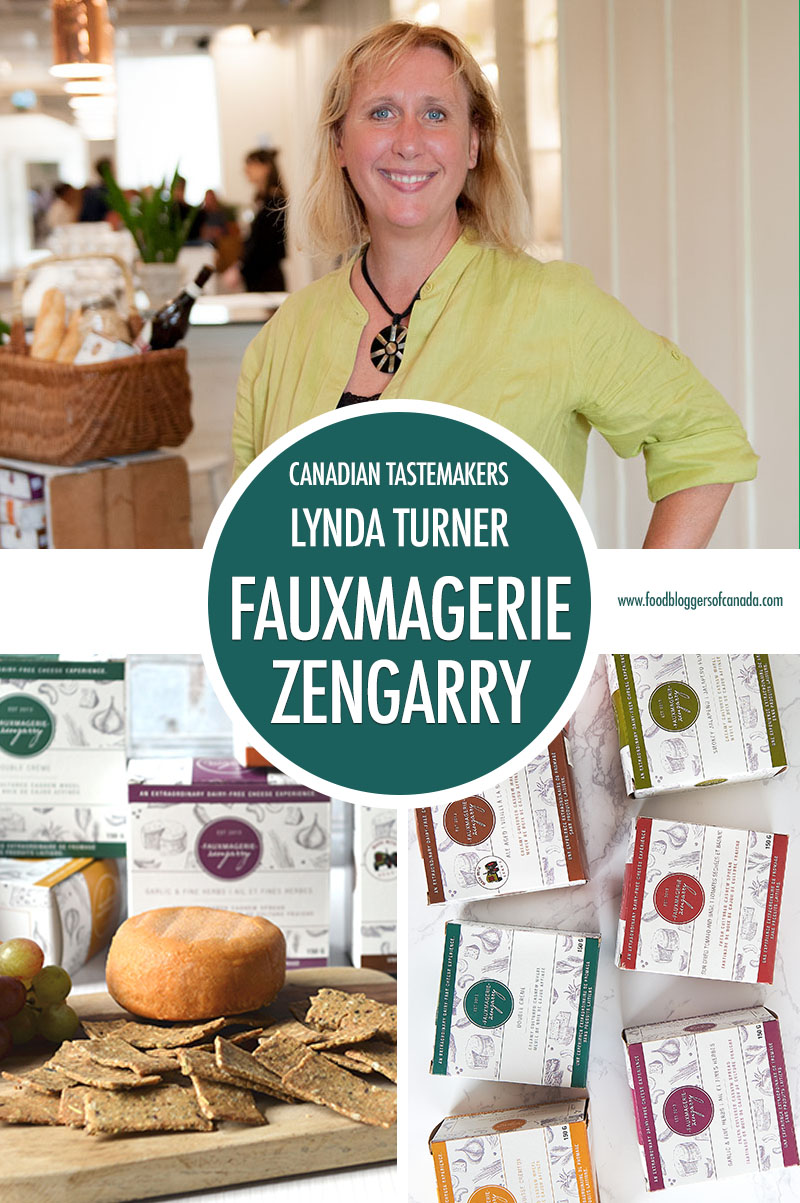 Lynda Turner’s life changed when she read one of the bestselling books about nutrition ever written.

It was The China Study by American biochemist T. Colin Campbell. The watershed book, detailing the link between consuming animal products and chronic disease, convinced Turner, already a vegetarian, to become even more scrupulous with her diet. The ecotoxicologist with Health Canada in Ottawa gave up eggs and dairy, and with it, her beloved cheese.

“It was the science. It’s science-based, and as a scientist that really resonated with me,” Turner said about the book. “You can’t refute his science.”

But it was easy to refute the taste, and in some cases, the healthful qualities, of dairy-free cheese alternatives on store shelves when Turner went vegan in 2010 after heeding Campbell’s findings.

Options were limited. She could either choose a brand that offered no nutritional benefit but vaguely mimicked the characteristics of cheese made with animal dairy, or Turner could choose fortified plant-based versions that sacrificed taste for the added benefit of some vitamin B12 or calcium.

As awful as the choices were, Turner refused to give up on plant-based cheese. So what the supermarket couldn’t offer, she was certain her kitchen could. Turner started experimenting with nut cheese, using cashews, rejuvelac, which is a fermented beverage offering plenty of beneficial bacteria to help along the fermentation process, and nutritional yeast to create something far superior — and more cheese-like — than anything at grocery and health food stores.

“Nine years ago, the selection was not really as vast as it is now. Cheese was something I ate a lot as a vegetarian and I wasn’t prepared to live without it,” Turner recalled.

Soon after she started experimenting with making cashew cheese at home, Turner’s life was about to change again. She had a side-hustle with serious business potential on her hands. The marketplace was begging for Turner’s handiwork, something she discovered when she shared her rounds of homemade cashew cheese with others in her local vegan community. Nut-based cheeses were catching on with consumers stateside. Meanwhile in Canada, there were none to be found in stores.

Turner took a chance on a booth at Ottawa VegFest where crowds went nutty for her wheels of garlic and fine herbs, similar to a Boursin cheese and made with fresh herbs, sun-dried tomato and basil, and double creme. The experience planted the seed to start selling her cashew cheese. So she did.

It would take lots of in-store demos to convince consumers of the merits of cashew cheese, however. Turner knew it wouldn’t always be an easy sell but she was steadfast in her belief that consumers needed something more than what was already on the market.

“Once people taste it, they love it but they didn’t know what it was,” she said. “We also had to overcome the reputation that vegan cheeses tasted bad. They’re made up of all kinds of chemicals. I wanted a really clean profile, natural ingredients. I didn’t want to replace dairy with something chemical. I wanted to replace dairy with something delicious.

She succeeded — so much so she eventually handed in her letter of resignation to Health Canada, and went head-first into making a go of Fauxmagerie Zengarry, her cashew cheese business dedicated to satisfying the cravings of plant-based eaters while making a few converts out of the more omnivorous types.

Based in small-town Alexandria in Eastern Ontario, Fauxmagerie Zengarry has grown to be a national brand since Turner launched it in 2013 in this large dairy community. It also boasts a line-up of seven cheeses that spread, crumble, and melt like many of the animal milk-derived versions they’ve replaced for legions of fans.

“I wanted to imitate fine cheeses so we had a replacement for wine and cheese events,” Turner said. “That’s what I was missing. The girls would get together and have a cheese board and the (vegan) cheese available back in the day was slices or shreds, and you wouldn’t put that on a cheese board.”

Her rounds caught on to the point where she graduated from her kitchen to her garage, then her basement, and finally a commercial facility just over three years ago to keep up with demand. Last summer, she moved into a factory twice the size of her previous production spot to meet orders for her cheese, which is available in stores coast to coast, including at Whole Foods and Longos.

The flavours she creates, including an addictive aged cumin cheese that’s a plant-based play on a Lancaster version made in the region where Turner lives, are inspired by her pre-vegan favourites. Smoky jalapeño, made with fresh peppers, is her nod to her love of Tex Mex, and the Fauxmagerie Zengarry creamy Swiss lends itself beautifully to fondue. She also offers an ale-aged cheddar made with beer from nearby brewery, Beau’s.

Together, they showcase just how much can be done with fermented cashews.

Showing the World That Vegan Cheese Can Be Delicious 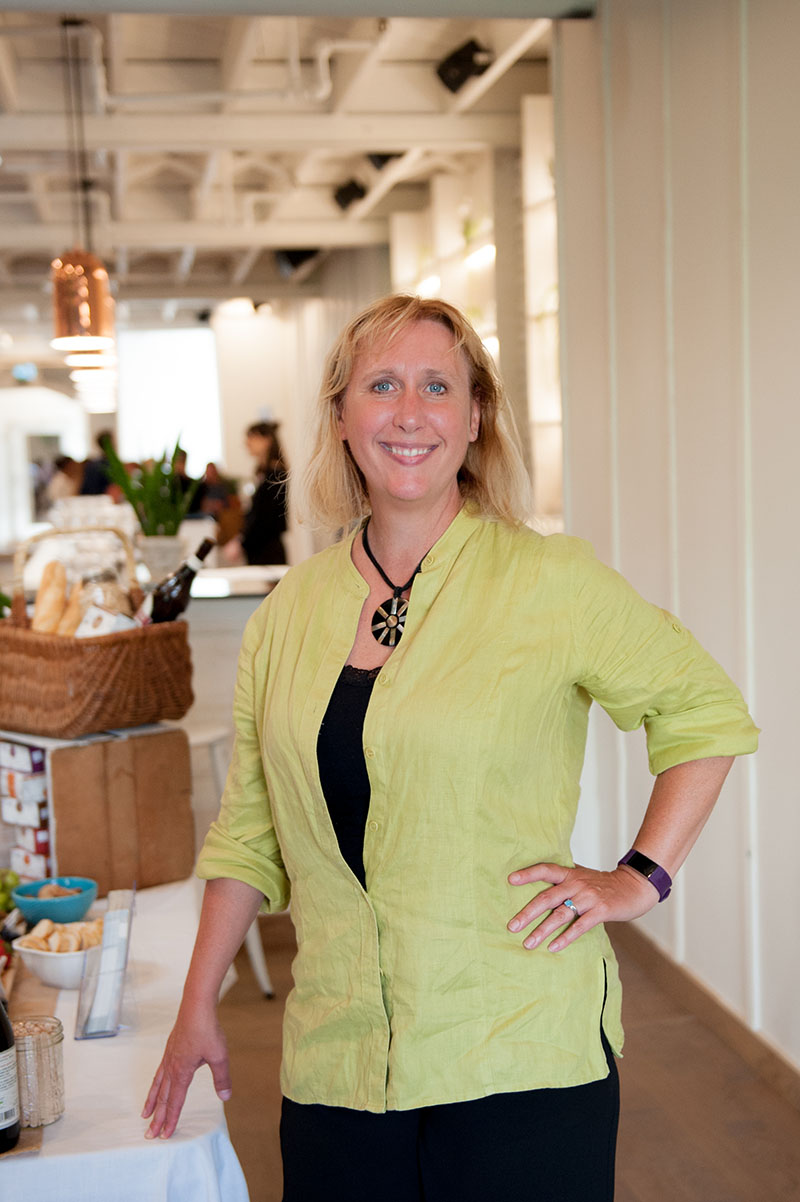 “People are looking to replace the foods they love. Giving up something you love is not exciting. To find something you can substitute for something you love, that’s the key to a plant-based diet,” Turner said. “If you grew up eating mac and cheese every Sunday, you don’t want to give that up. You want something delicious like that to feed your kids. That’s why having these options is essential to people giving up animal products in their lives.”

Still, despite Fauxmagerie Zengarry’s success, Turner continues to encounter negative attitudes toward plant-based cheese — a holdover from those early days of poor replicas. But she remains up to the challenge of changing those perceptions, not just for the sake of her bottom line but because of her commitment to ethical eating.

“The plan is to just continue moving into mainstream grocery stores in Canada,” Turner said. “There’s still a lot of work to do to educate people about plant-based products and there’s no excuse to not reduce that food — the amount of animal-based food in our diet. There’s no excuse because of what’s available out there."

I love Zengarry cheeses! They’re one of the best vegan brands out there. So, so glad that there are quality vegan cheeses on the market these days.