It’s Canadian: The History of The Japadog

There are many dishes we associate with a particular culture that were actually invented or heavily adapted here in Canada.  In It's Canadian, Gabby Peyton shares the history behind some surprising Canadian foods. While the hot dog may seem quintessentially American, Gabby dives into the history of  the Japadog - a hotdog with a uniquely Japanese-Canadian spin. 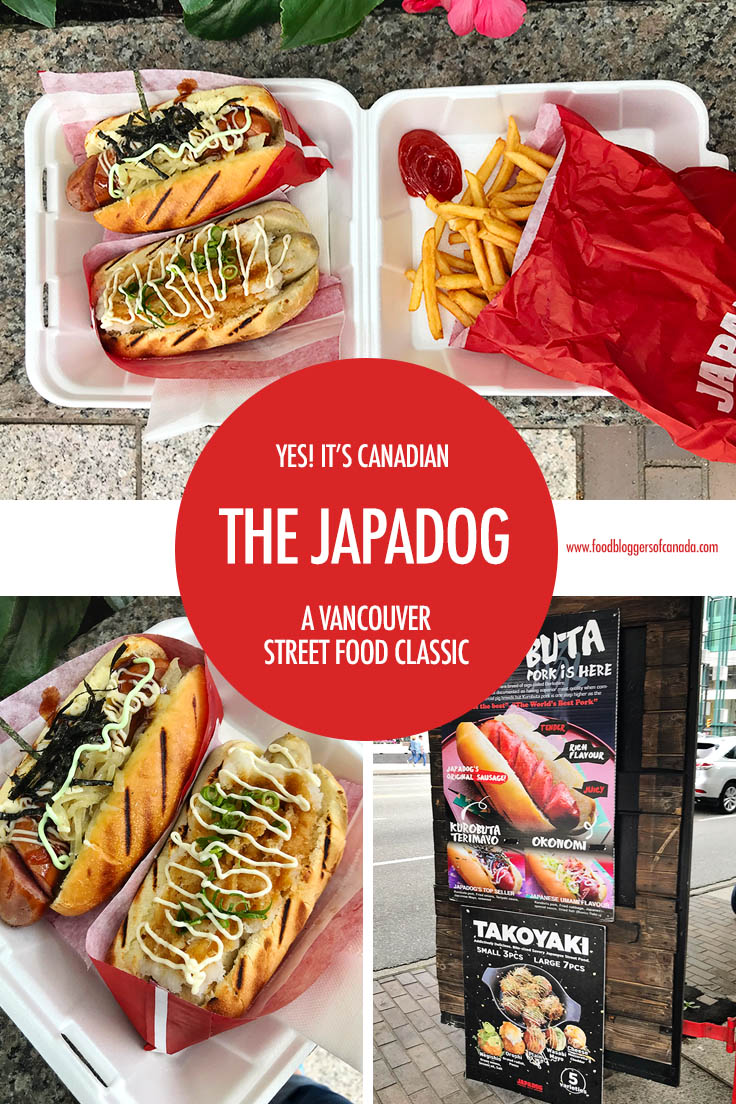 Hot dogs may be one of the most American foods out there. Our southern neighbours have been downing dogs since the Chicago World Exhibition in 1893 — they first appeared in baseball stadiums soon after and more than 20 billion are now consumed every year.

In the meantime, Canadians have put their own spin on the foot-long nosh, from Montreal’s beloved steamies piled high with chopped onion, mustard and cabbage to lakeside BBQs at the cottage. But perhaps the most influential twist comes out of Vancouver with the gourmet Japanese hot dog that started a sensation of Asian fusion street food across North America: The Japadog.

Wedged between those soft pillowy buns lies the classic tube of innards containing ingredients no one wants to think about, but the garnishes are astutely classic Japanese, like teriyaki sauce, nori and bonito flakes waving hello to your mouth. Is there anything more Canadian than the amalgamation of two delicious dining cultures?

The Short and Long History of the Japanese Hot Dog

Noriki Tamura and his wife Misa immigrated to Canada in 2005 with dreams of opening a food truck. At first Tamura had intended to sell crepes from his cart, but with the Vancouver’s strict street food bylaws preventing his crepe-y dreams from coming true, he devoted his culinary prowess to the only food permitted on the streets of the city at the time: hot dogs.

Tamura could have settled on shelling out regular ol’ hot dogs with ketchup and mustard, and he probably would’ve made a killing (who doesn’t love some street meat for lunch?), but integrating his Japanese heritage into the bun put his food cart on the map. Japadog was born. The Tamuras opened their first hot dog stand, which is parked to this day on the corner of Burrard and Smithe Streets near the Sutton Place Hotel.

These are not your run-of-the-mill wieners; the original Japadog is the Terimayo which is topped with teriyaki sauce, Japanese mayo and shredded nori. It almost resembles the beloved steamie when you think about it — swap out that diced onion for seaweed and add a toasted bun and you’ve got some mighty good flavours going on!

Other dogs like the Oroshi combine eastern and western flavours with grated radish and soy sauce, while the Okonomi — an iteration of the famous Japanese pancake, okonomiyaki — consists of a kurobuta sausage with shaved bonito flakes. They even have a dessert version with three scoops of ice cream nestled in a deep-fried bun.

RELATED:  Iconic Canadian Food: The History of the Pierogi

The Future Is Footlong

Vancouver’s street food scene has never been the same. Slowly word of mouth spread and their humble hot dog stand was soon overrun with hungry patrons ready to shell out cash for hot dogs smothered in mayo and seaweed. While hot dogs had already been a popular American-style food in Japan, Japadog’s iteration was nothing like what was back home and even people visiting from Japan would line up for a hot dog.

By 2010 Japadogs were pleasing palates in three different locations, thanks to the myriad of famous customers, including a feature on Anthony Bourdain’s Vancouver episode of No Reservations. Less than five years after the Tamuras pushed their cart onto the streets of Vancouver, they opened up their first brick-and-mortar store on Robson Street in 2011. The restaurant slings the 20 beloved Japadogs along with a myriad of shaked fries (french fries tossed in aonori, or butter and shoyu).

Vancouver was the perfect place for Japadog to thrive. The large Japanese population in the city had already fostered an appreciation for the cuisine (let’s not forget the California roll was invented there decades earlier), and their hot dog stands fit nicely into the intricate puzzle that is the Vancouver dining scene.  The Vancouver street food scene underwent a massive expansion in 2011 that brought an impressive array of new offerings that continues to expand today but the Japadog still holds its own as a city classic.

After almost 15 years of delicious dogs being devoured by the city’s population there’s no sign of stopping. There's one US stand in operation — with lineups scaling Santa Monica Pier. While their brief stint in the hot dog capital of America, NYC, was short, expansion is on the minds of the owners.

Who knows where a Japadog stand will pop up next?

Thank you for sharing! The negimiso one has always been my favourite, can’t wait to try out other flavours.