Welcome to our series, Iconic Canadian Food! You may know which classic Canadian dishes you like, but do you know the stories behind them? Gabby Peyton shares the back stories of  a smorgasbord of iconic Canadian dishes. This month Gabby explores the history of tourtière, that most Canadian of meat pie. 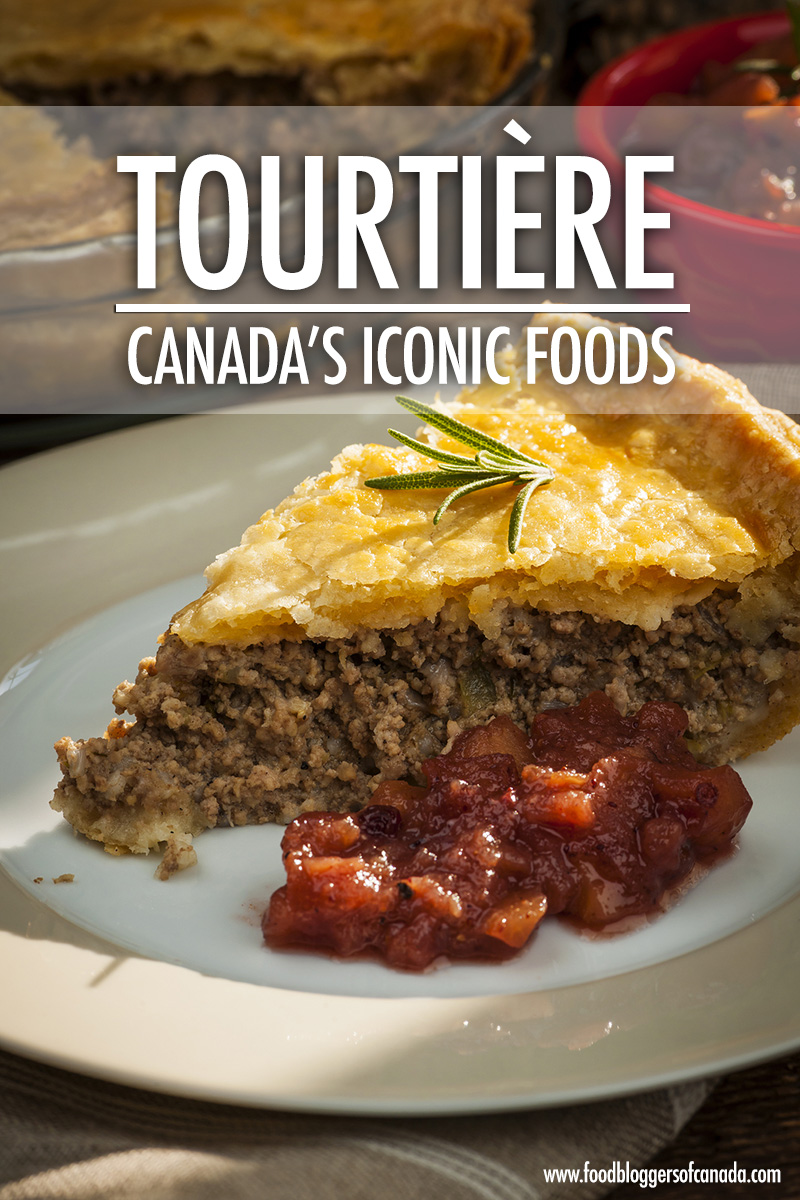 What makes a dish iconic? If it’s the idea that a place defines a cuisine, then many of the foods explored in this column certainly are. At the same time it can be argued a dish like tourtière could never be iconically Canadian because it's regionally popular. Undisputedly, it is emblematic of French-Canadian culture and entrenched in Quebecois tradition, but like Newfoundland’s Figgy Duff, is it still an iconic Canadian dish if only cooks in Quebec make it?

I’ve spent a lot of time writing this column trying to understand the role of Canadian cuisine and what makes a particular dish iconic. The poutine catapulted into rockstar status since its inception in the 1950s and the butter tart is on the world stage as iconically Canadian, but other dishes have stayed primarily local, transported across the country only by those who grew up making them.

But the beauty of Canadian cuisine lies in the amalgamation of culture, tradition and location. From coast to coast, there are culinary intricacies making our diaspora what it is today. Reading through countless recipes for tourtière by food bloggers, cookbook authors and chefs, I discovered more than ever the adaptation of culinary tradition is as much an element of being Canadian as being born here. Many people talk about adapting this particular meat pie as their traditional Christmas Eve meal because they liked the pie, and because they love the tradition behind it.

Will Travel for Meat Pie

Wherever you go around the world, you’ll find a meat pie. It’s actually one of the earliest dishes on record, dating to at least 1600 BCE, when it was eaten by Mesopotamians. In 400 AD, Apicius wrote about meat pasties in his cookbook De Re Coquinaria, and meat pies were consumed by Roman kings. The Middle Ages loved the meat pie, with an Italian rendition of tourte parmesane with parmesan cheese, as well as many English adaptations.

In today’s world, the Aussies prefer the handheld rendition, whereas the Brits go for the mince. But to eat meat pie in Canada is to eat tourtière. These meat pies are the best thing before sliced bread, and before Canada was actually a country. The tourtière dates back to when Quebec was a French settlement, with the most popular version originating in the Saguenay Lac-St-Jean region.

Tourtière is a derivative of cipaille, a traditionally British dish known as “Sea Pie,” which has its first mention in the 1796 The First American Cookbook by Amelia Simmons. The first appearance of tourtière in a cookbook is in La cuisinière canadienne of 1840, which is probably one of the first French language cookbooks published in Canada. This recipe contained pork, mutton, veal and potatoes. The meaty dish has since become entrenched in French-Canadian culture and is now a tradition across the country.

Tradition Is the Most Important Ingredient In Tourtiere.

Ritual sits at the forefront of tourtière tradition. Many people only make this decadent dish once a year: at Christmas Eve, particularly after Midnight Mass, or Réveillon if you're French-Canadian. And it’s this time of year when fuel is added to the fire over its preparation. Like many of the traditional Canadian recipes explored in this column, there's no one correct recipe (remember the butter tarts debate). Each family has tweaked their own recipe throughout the generations.

The quality of the meat is important: the mighty tourtière isn't filled with any old ground meat. Pork, beef and veal are now typically used in contemporary recipes, but traditionally it was baked with pheasant, rabbit, moose or even pigeon. Aside from the fine animal fare in the pie, what sets it apart from its meaty counterparts are the spices. Cinnamon, clove, allspice and nutmeg flavour this pie, which give it a uniquely home-for-the-holidays sensibility (and appeal). The pie is also double-crusted for dual tastiness.

With change of time comes change of taste. Even the consistency of the meat has been thoroughly debated. In past times, the cook would chop the meat with a knife, but now most recipes dictate the use of ground pork and beef so the texture of the tourtière is varied. Even the condiments have a new versus old element. Some families serve theirs with a chunky green homemade ketchup, others reach for the Heinz.

Want to try making your own Tourtière? Here are some great recipes from Canadian food bloggers you can try:

The very 1st tourtieres were made with ‘tourtes’, a French name for passenger pigeons. Over time, passenger pigeons died out/ were less available, and so other meats were used.
I am super surprised that this is not included here. It is how the name came about for our Canadian meat pies…