This decadent blackberry cheese square recipe from Jenny Jack at The Brunette Baker are sure to be a hit in summer picnic baskets! 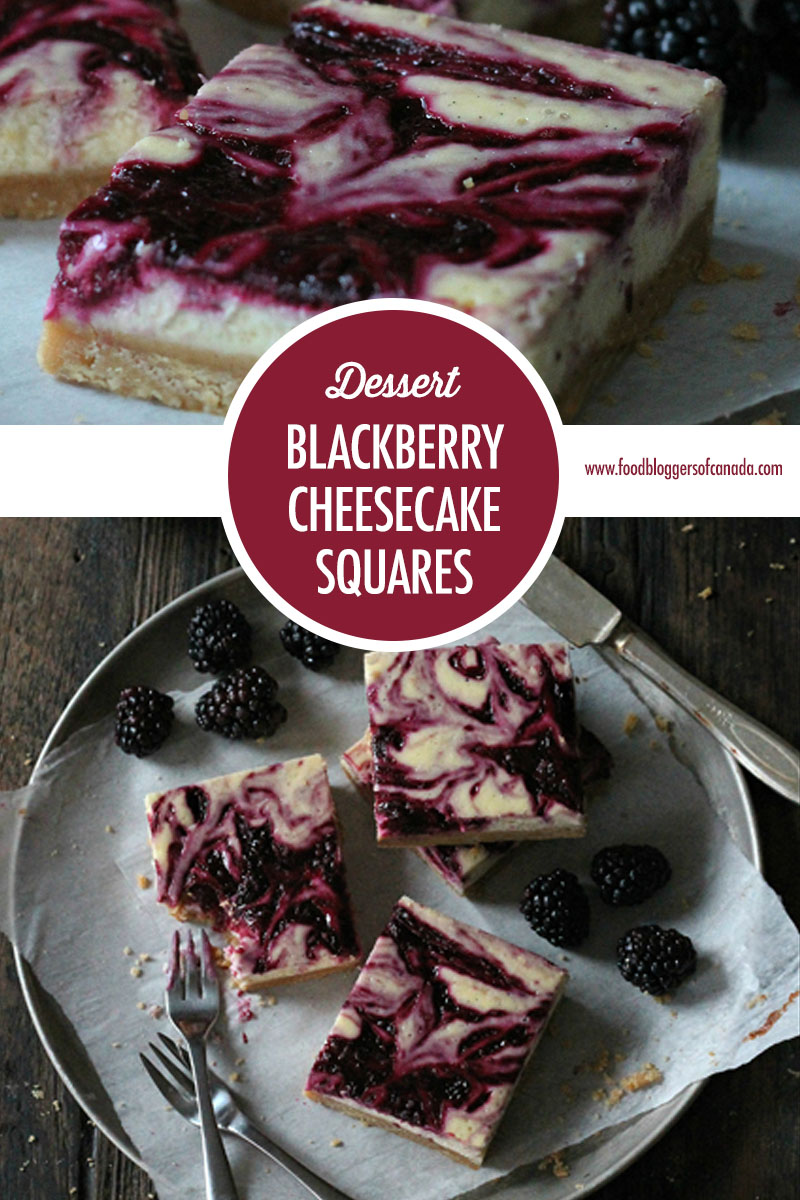 Picking wild blackberries is a tradition for a lot of Canadians. Here on the southern west coast, they're almost a weed.  City workers aggressively cut them back from park trails and city roadsides every summer. One rogue plant can take over a suburban back yard in a matter of weeks!

But every August people pull on their long sleeved shirts and their heavy jeans and sturdy shoes and take their buckets out to their "secret" blackberry patches. The patches hidden away along oceanside paths or away from the park trails that nobody else knows about or that the parks boards have given up on.  The patches that have the "best" berries - plump and juicy, bursting with flavour.

If you've ever wandered past a patch of wild blackberries in the afternoon sun you'll know why people cover up and get ready to do battle with vicious blackberry thorns (they snag on everything and can sting like a... well you know...). The aroma is intoxicating - sweet and fragrant unlike any other summer berry.

For those of you who don't live in an area where you can get your hands on wild blackberries (or you just don't feel like battling thorns) blackberries are much more common year round in the produce section at the grocery store and while they may not taste as sweet or be quite as juicy, they're still delicious. And they're a perfect match for cheesecake!

We’ve been drooling over this Blackberry Cheesecake Square recipe from Jenny with The Brunette Baker. If you get the chance to make it, let us know what you think!

Delta® Faucets with Touch2O Technology: When your hands could use a hand

Delta’s Touch2O Technology is in tune with every touch in the kitchen. Simply tap anywhere on the spout or handle of the faucet with your hand, wrist or forearm to start and stop the flow of water. Not only does this small appliance lend a hand, but it’s also great for little hands that may be helping out in the kitchen. Touch2O Technology incorporates an automatic water flow shut-off after four minutes so if the water is left running with no activity, there’s no need to worry. So go ahead and get those hands gooey because the easy clean-up is on us! 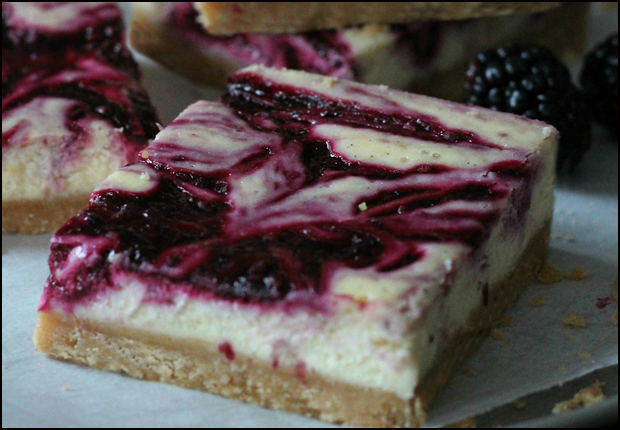