We're all familiar with the saying that everyone is Irish on St. Patrick's Day, but do we know how this holiday is celebrated in the country where it originated, Ireland? Canadian chef Janine Kennedy shares what it's like to experience St. Patrick's Day in Ireland along with her recipe for Traditional Irish Brown Bread. 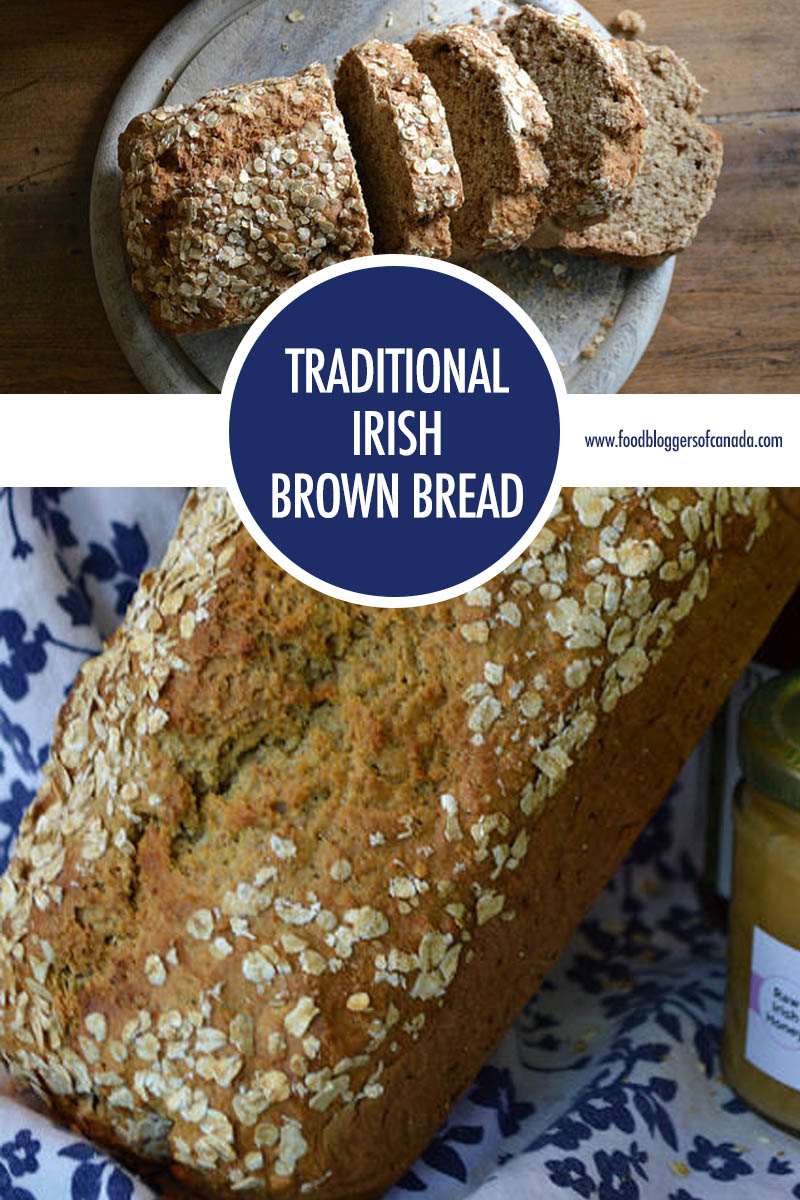 On St. Patrick’s Day in Canada, everyone is considered Irish. Actually, did you know that Newfoundland, with its predominantly Irish population, is one of only two places outside of Ireland that considers St. Patrick’s Day a national holiday (the other being Montserrat)? And that the oldest St. Patrick’s Day parade in North America is in Montreal?

For the rest of Canada, there might be a parade if you’re lucky, and there will definitely be lots of beer and a good bit of craic (the Irish term for storytelling, fun, news, etc.). For many years I looked forward to St. Patrick’s Day because of these things. Now, as a Nova Scotian living in Ireland, the day takes a different tone.

Don’t get me wrong, there’s still plenty of craic (and beer, if that’s what you’re into), but after living in Ireland for the past four years, birthing two babies and completely immersing myself in the lifestyle of an Irish farming family — well, things change a bit.

You may be wondering how I ended up belonging to an Irish farming family. To that I say: you and me both!

I grew up on a farm in rural Cape Breton and always swore I’d live in the city when I grew up. A little over 10 years ago I was fresh out of university and keen to explore the world. I ended up, as many recent grads do, moving to South Korea to teach English until I figured out what to do with my life.

It was in Korea around the following St. Patrick’s Day that I met my tall, ginger husband-to-be. I would say it was love at first sight, but — well — since we met at the local watering hole, the details are hazy.

After a very extended romance in Korea, we lived in Toronto for several years. I started my career as a chef with Oliver & Bonacini and hubby Pat got back into IT project management. I loved my job, but felt homesick in Toronto. I realized city life wasn’t all it was cracked up to be. When I got pregnant with our first child we thought it was a good time to move to his family home in the Irish countryside. 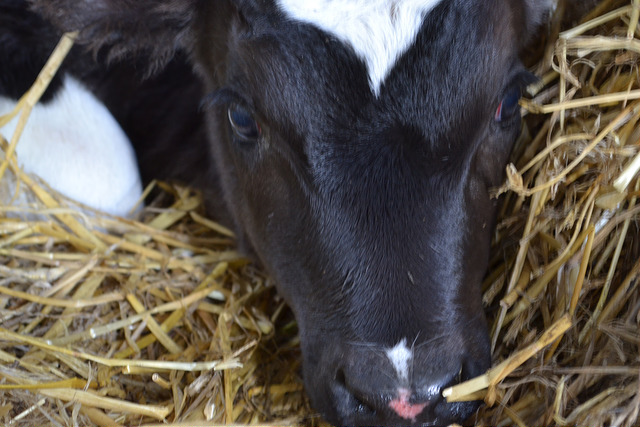 Compared to Canada, my role in Ireland has changed. I’m now a mom first, farmhand second, writer third and chef fourth. And when I say chef, I mean I cook professionally sometimes and for farmers and children mostly. That’s ok, though, because life on an Irish dairy farm isn’t without its perks.

My kids get to grow up drinking organic, raw milk for free. I can make my own butter and cheese. Our cows graze on the greenest grass I’ve ever seen, and as a result produce the creamiest, most luscious milk you’ll ever taste. They’re happy cows.

In Canada this year we’re celebrating 150 years as a nation. With all the terrible stuff going on in the world, 150 and all that comes with it is a good look for us, and though some European nations may scoff at our young age, the Irish would never do such a thing.

Just last year, Ireland celebrated 100 years since the 1916 Rising that led to their independence from Britain. While there’s an ancient culture here and plenty of medieval history to delve into, modern Ireland is a relatively young nation too.

Since the economic downturn in 2010, more Irish youth have been moving to Canada for work than ever before. This has brought lots of great cultural exchange between the two countries. You can even get poutine in Dublin! This is part of what St. Patrick’s Day means to me now.

Ireland has a long way to go in some respects. It’s still a very religious nation. The Catholic Church plays a major role in our public school system. Gay marriage was just legalized following a historic referendum. Sadly, women still do not have control over their bodies and reproductive rights. Things are changing, though, and generally for the better, so there’s a lot to celebrate with each passing St. Patrick’s Day. 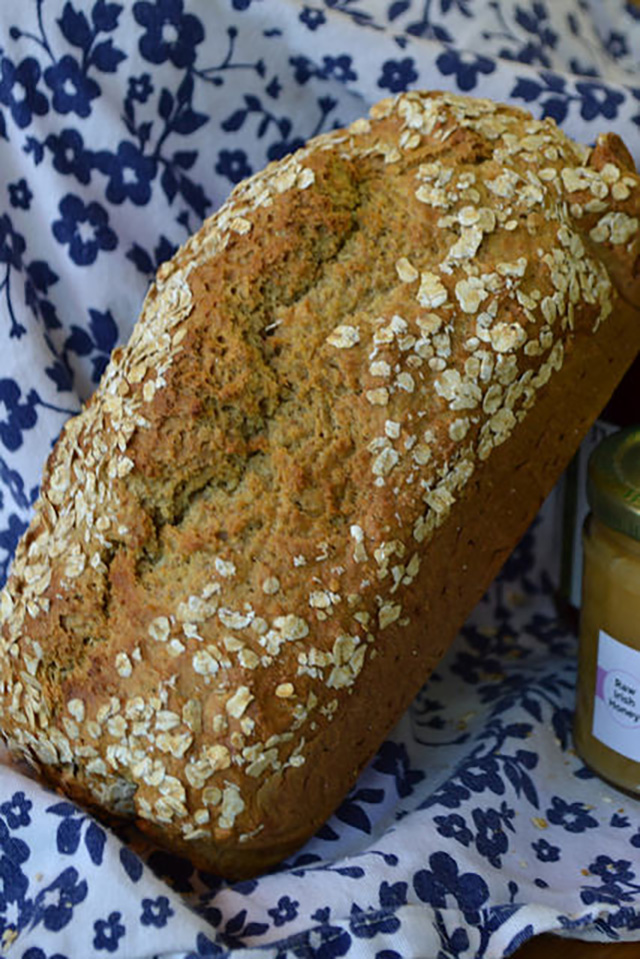 In our house, we start the day with a good breakfast. I make green pancakes, just to see my husband roll his eyes and jokingly mutter something about “Plastic Paddys” and “North American bastardization.” Since we’re in the country, we have our pick of different towns for Paddy’s Day Parades. We usually make it to two — one at around 11 am and the other around 3 pm. After breakfast, we meet with friends and let our kids play while the adults drink tea and chat. Then it’s parade time!

The parades in rural Ireland are not as exciting as the ones I’ve seen in Seoul or Toronto, but they’re good fun. There are a lot of horses and tractors, the schools and local clubs all participate and there’s often a competition for the best float. By the time they’re finished, it’s time to go home and eat.

We usually have a big family dinner, with my in-laws milling around and the kids playing outside. Whisky, beer from our nearby brewery and my favourite small-batch Irish gin flow freely and we gorge ourselves on bacon and cabbage with thick slabs of buttered brown bread.

Later on, when the kids are in bed, some of the adults head down to the pub. Our nearby village is tiny — one street with a school, church, community centre, the local chipper and a post office — but we still manage to keep three different pubs in operation. Everyone has their favourite; my husband and I usually go between two of the three.

These days; however, we’re so exhausted from parenting, farming and adulting that the idea of a hangover the next day is much less appealing than it used to be. We usually share a quiet drink on the couch and head to bed early. The cows still have to be milked the next morning, right?

Print
Author: Janine Kennedy
Serves: 2 loaves
Ingredients
Instructions
Notes
These loaves freeze really well once baked and will keep for 3 to 4 days if kept in a tightly sealed bag or container.
3.2.2925

St. Patrick's Day in Ireland was written by Janine Kennedy. Janine describes herself as Irish by marriage, Canadian by birth, and Cape Bretoner by divine provenance. She shares her recipes and stories as a Canadian chef living in Ireland on her blog, Cooking with Craic. You can connect with Janine on social media at Facebook, Twitter and Instagram.

Delicious brown bread. I had veggie soup with brown bread almost everyday when I visited Ireland last month. While each version I had was slightly different I think this taste a lot like what I had. Thanks for the recipe!

You’re very welcome Emily. Glad we could help you bring some memories from your trip to life in your kitchen!